Uncategorized
May 10, 2016 Andrew 1282 Views crowd funding, freedom of expression, lese majeste, Thailand min read
BUT WHO ARE ONLY OFFENDING THE MILITARY JUNTA! 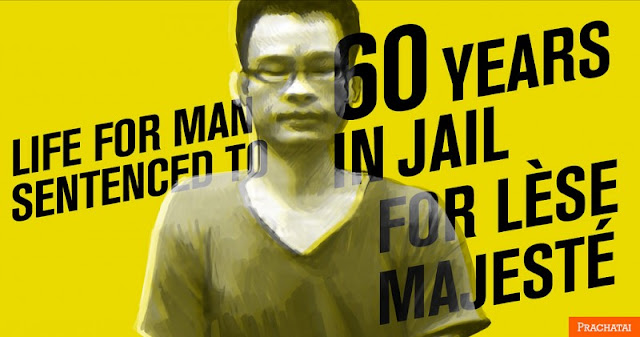 For those who are not aware there is now an appeal out to help all those arrested by the military in Thailand on Lese Majeste charges or insulting the monarchy.

Funds are being raised to make life a little better in prison for those who have been taken away certainly not on the orders of the ageing and infirm King Bumiphol Adulyadej   – but because it is politically expedient to Thailand’s military junta.

How your money is spent will be published on this site – but it’s in Thai. 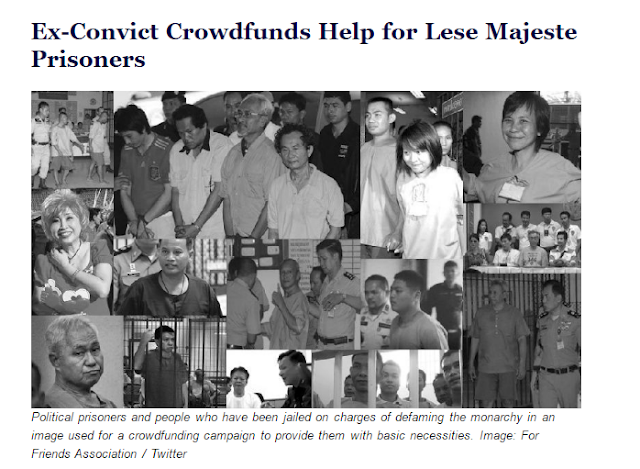 It may well be that many Thais who want to support those people who have arrested will be scared to publicly make a donation.

It is clear they do not such social media as Facebook and how far it will bow to the military junta.

But just small donations from foreigners can make life a lot more sufferable in the inhumane Thai jails. Nothing much to lose – a lot to gain for freedom of speech.

The Voice of Voiceless

July 13, 2015 Andrew Comments Off on AMERICAN ‘HERO’ WHO DISAPPEARED IN THE ANDAMAN SEA HAD HIS OWN PROPERTY COMPANY