An American professor who questioned the circumstances of the death of another lecturer at Webster University’s Thai campus at Cha-am has been fired without reason. 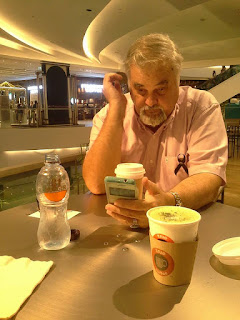 Donald Johnson had been asked to sign a ‘cease and desist order’ by the University’s director Keith Welsh, banning him from showing post death photographs of James Hughes, whose badly bruised and lacerated body was found in a room in a hotel in Hua Hin in September.

The University also demanded that Johnson list all those he had spoken to or show the pictures to in relation to Mr. Hughes.

Police have ruled that there was no evidence of foul play in James Hughes’ death. His brother David in New York, and many others are not convinced.

Curiously the trouble University stated in its ‘Cease and Desist Order’ that those in breach of the order would be reported to the United States Embassy and the Thai police. 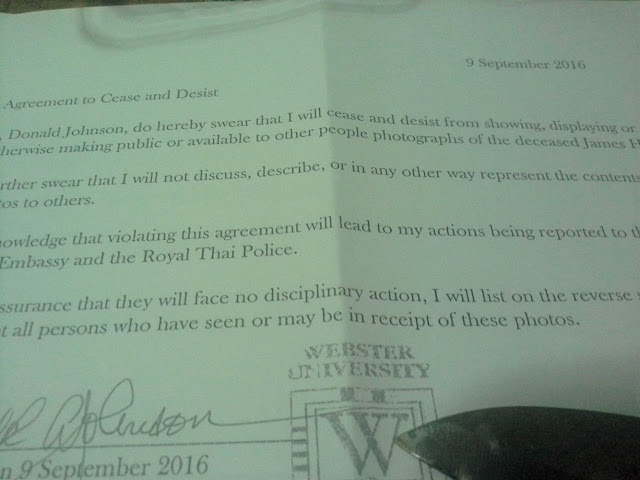 Clearly Don Johnson thought that the circumstances around James Hughes’ death required debate and some further investigation and he gave an interview to the Bangkok Post being quoted in a story in Spectrum headlined: ‘What happened to my dead brother’.

Donald Johnson announced he had been fired on Facebook. 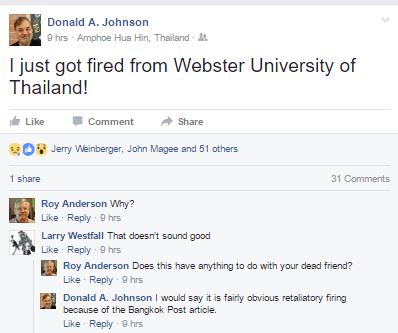 “I wasn’t given any reason. Giving me a reason for dismissal would allow me to challenge it as untrue.


‘Instead they sent out a very neutral statement saying Dr. Johnson won’t be with us next semester. They are paying out my contract until end of May and giving me 3 months’ severance on top of that. They are meeting the legal requirements. It’s a bribe to leave quietly. Doesn’t look like I have any choice although I would like to stay.’

The Webster University Cha-Am campus has been under attack not only on social media but in the educational media and press. On this site we exposed one of its administrators as a man with bogus degrees. There however has been a change in director of the university.

Most hard hitting has been the website ‘College Times’ but an article in the ‘Inside Higher Ed’ does not inspire confidence in the set up in Cha-am.

The hiring and firing of foreign academics in Thailand is a widely controversial subject. Attempts were made once by aggrieved academics to produce a list of ‘dodgy’ educational establishments but the idea had to be abandoned due to the risks involved.