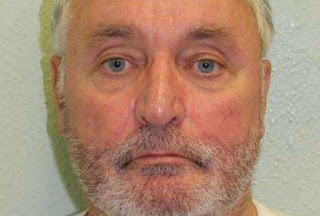 
In fact, of those offences, Mark Frost, also as Andrew Tracy, pleaded guilty to nine offences against children in Thailand between 2009 and 2012.

The Thai victims will not be required to give testimony.

Some of his activities in Thailand were exposed on this site and in one case after a complaint in Pattaya from a British resident Lee Booty, Frost/Tracy was allowed to leave a police station on an attempted murder charge of a juvenile within hours of his arrest.

The following day he packed his bags.

The former teacher had twice been given bail by police in Thailand and there was a suspicion of an undercover payment as he could also leave the country freely.

Mark Frost had joined the Paedophile Information Exchange in 1978.

Now the National Crime Agency has set up a hotline believing that there may be more victims out there.

Prosecutor Ruona Iguyovwe said: “Sentence is obviously a matter for the courts but we would rank it as one of the most serious ones we have come across.”