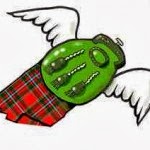 That was a week that was. First my apologies to all readers here who probably felt they have had a surfeit of Noyes, Goudie, Hanks, and Wanrapa Boonsu. I certainly have. Nevertheless it was a good week.


Drew Noyes announced to the court however that he was taking another 41 cases about me. I hope they are about what I have written rather than what posters on my site have said.

Actually there were some hilarious moments in the Pattaya Provincial Court – For instance in an outburst in court – not recorded by the judge because it was not his turn to speak he announced:

“I have spoken to the Ministry of Foreign Affairs I have spoken to the PRD,the Crime Suppression Police and the Department of Special Investigations are investigating Drummond* and I can tell you this – his film (Men in Suits and Influential People) was made illegally. He has broken the law!”

That was when we submitted the mini-doc into evidence in the court.

From my point of view it was an answer to Noyes always submitting a photo file of himself pictured with The US Ambassador, Mayor of Pattaya, and Head of Immigration (Region 2) Head of the CSD etc.

Then he had an outburst against the SUN newspaper in the UK.

Well I am not going to fight the SUN’s battle – but basically they adapted a court report I sent them to suit their own style.

He was referring to a court report quoting Dr Michel Goulet of the Thonglor Clinic, who said Hanks came to be a patient at his clinic and while there told him that he ran a brothel in Melbourne and that he knew Chinese mafia – and that his boss Drew Noyes (whom Goulet said appeared to be mafia) wanted to talk to him if he wished to continue a successful business.”

They will also find out that this would be matter for police and consumer protection – not them. But let’s wait for them to learn.

“I have a journalism degree. I owned a newspaper – what has Drummond done.”

Well (1) I have written a news story? and (2)The Pattaya Times was a newspaper?

Outside the court Noyes was apoplectic.

“I bet your business is bad isn’t it – I have written to all the editors in Fleet Street! Wait till my lawyer gets you under cross-examination then I’ll find out exactly how much you earn.”

But actually I am quite looking forward to this cross examination.

His last cross examination only served to bring out more stuff on Noyes. And his lawyer has ditched him. This, he says, is his last case. He may not go in with all guns blazing.

“I’m suing you in Koh Samui!” (and Chiang Mai apparently) You’re going to have some real problems down there.”

Then we have the grand entrance of David Hanks also announcing that I have real problems in Koh Samui saying: ‘Walter sends you his regards’.

Walter ‘Whacky’ Douglas ‘The Tartan Pimpernel’ once wanted by several international police forces for alleged drugs trafficking and described as one of Britain’s richest, was the subject of an interview I did a week or so back.
Hanks held out his mobile phone. On it was a long sms stating that I had never interviewed Whacky and had run from his Dreamers Beach Club in Koh Samui without paying the bill.
I could not however see who wrote the sms. But funnily enough I had heard that story before and got back to Whacky to ask about it.
He denied issuing any threats. He obviously did not deny to me the interview had taken place – as of course he was there. But it’s possible he may have denied it to other people or his partners. 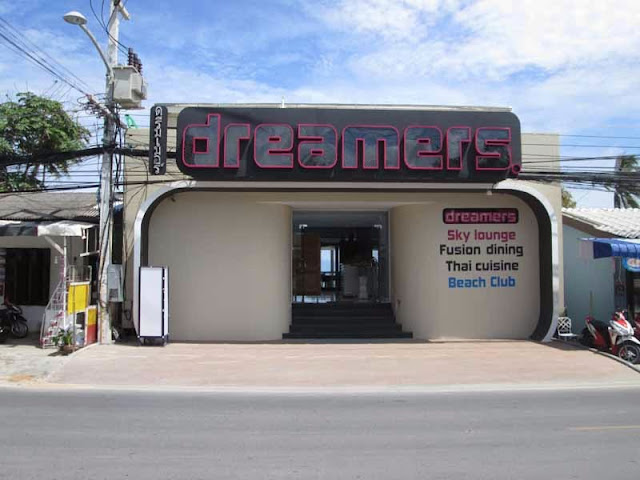 But the point is how can anyone be so stupid as to think a journalist with over forty years’ experience would walk in on a once very famous ‘wanted alleged drugs trafficker’ without making preparations (a) for evidential purposes and (b) for his own safety.
And I ran away without paying my bill?  Well there are two flaws there. Has anyone ever forgotten to pay a bill in Thailand and NOT been chased down the road? And if you refuse to pay a bar bill in Thailand what happens to you? I think the answer to that is you get the sh*t beaten out of you.
The second point it that of course I paid my bills and kept the receipts because the newspaper was paying my expenses. There was absolutely no need to run away.
Whacky did however stand me two Heinekens – not enough to classify me as corrupt under the new UK Bribery Act. I have all sorts of bills incurred in searching for ‘Whacky’ whom Brian Goudie claims to be best mates with.
So there we have it. And once again to all those special people who have helped me – thank you so much.

January 27, 2013 Andrew Comments Off on A Kachin’s Last Stand