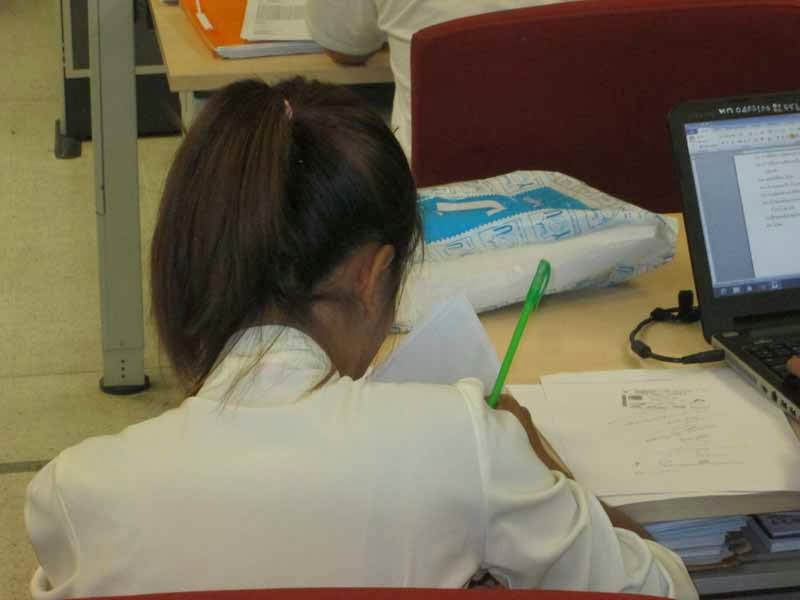 The Technical Crime Suppression Division have ordered police in Pattaya to investigate a complaint by a Thai woman against a Scotsman whose pictures of her having sex with him when he was her boss have been put on the internet.


At the centre of the scandal is Brian Goudie, formerly Brian Gerald James Goldie, 47, a convicted thief, who came to Thailand posing as a British barrister and former officer in the Royal Marines and has managed a law firm called Alba Laws based out of a pub in Pattaya.

Mr. Goudie is involved in a dispute with the woman over the ownership of the ‘Jaggy Thistle’ pub in Jomtien, near Pattaya, which was formerly known as ‘The Blarney Stone’ and owned by former Ulster drugs dealer Jimmy ‘Doc’ Halliday.

Goudie acquired the premises from Halliday by getting him to sign a ‘Power of Attorney’ so he could pay the hospital bill of Halliday, who died in the Bangkok Pattaya Hospital 18 months ago having contracted the flesh eating disease necrotising fasciitis in Nong Plalai prison, where he was serving a short prison sentence for assault.

He appointed his assistant, who was also his girlfriend, as ‘Managing Director’ of the Halliday’s company ‘Jimi International Co. Ltd,’ which also owned an apartment in View Talay, and placed the shareholdings in his name and also in the names of his companies Ramidin Holdings, PBS Holdings, and the Bang Kao Bay Company.

PBS Holdings owns Bangkao Bay Residences which owns a plot of land on Koh Samui acquired from a Briton called Robert Rose, but which was also acquired in lieu of legal fees.  Rose is now back in the UK.

The managing director of Bang Kao Bay is Kevin Fisher, a British businessman on Thailand’s east seaboard and CEO of ‘Legacy of Legends’ which last year brought Manchester United stars to Thailand for fund raising events. 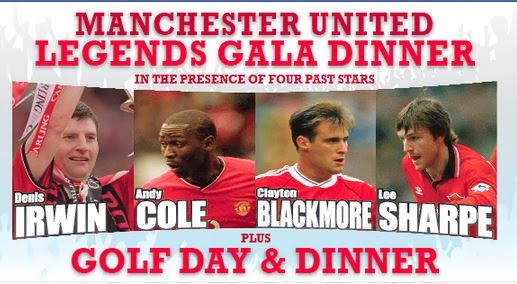 Goudie’s 24-year-old assistant, a universioty graduate, who has refused to step down from the company said she had been the subject of threats over the issue, as had her current boyfriend, who was visited at his office by a Russian who said: ‘Get her to sign off the property or your daughter dies’.  The boyfriend has a six year old daughter.


‘A number of ‘private’ photographs and videos which may have been taken on a smartphone, and possibly automatically uploaded to an online storage programme, are apparently now circulating – Goudie alleges the computers were kept in a locked and secure office, which was broken into in July of this year. The material appears to feature an ex-employee of Goudie. (name deleted)

‘A number of items were stolen in the break in, including 3 desktop computers, a notebook computer and a number of back up drives, memory cards, as well as a number of larger items.

‘The theft was reported to Dong Tan Police when it was discovered after Goudie returned from a business trip, and reported in August, and the case continues.

‘Goudie says that although he cannot be certain the images came from his office – as they appear to have been professionally processed, compiled and marked ‘Truthsearcher Productions’ – he has requested lawyers to have it all removed on the basis it is stolen property.

‘The theft was reported to Dong Tan Police when it was discovered after Goudie returned from a business trip, and reported in August, and the case continues.

‘Goudie says that he was warned in December there was a ‘group of foreigners in Thailand’ who ‘would make an example of him’, and that his emails and other internet sites were hacked on December 29th from computers in Japan and passwords compromised again – this has been documented and reported’. 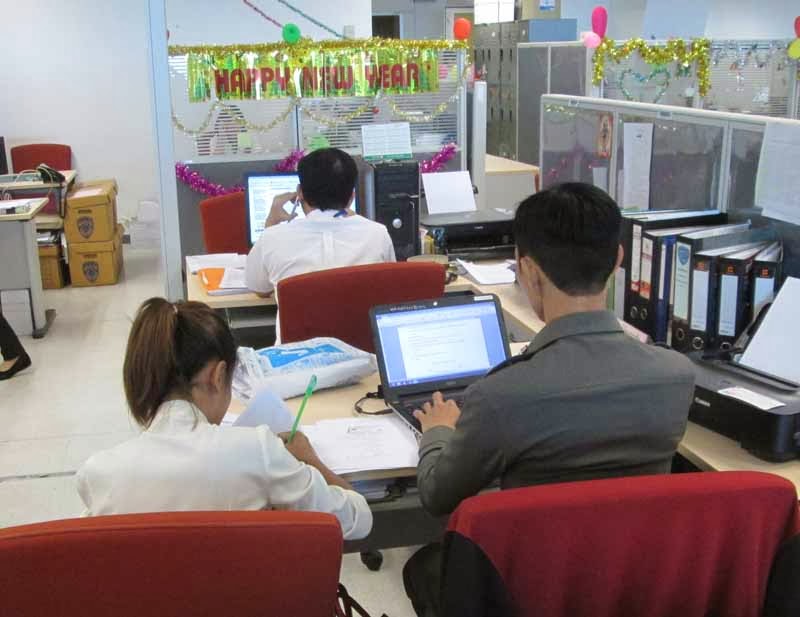 ‘When I became aware that my current computers were compromised on December 29th and my email compromised, I ordered one computer that is normally online to be closed, and acted immediately to secure them, however I did not act fast enough, and some data has been stolen, and other data deleted.

‘Obviously I was aware there was a problem when my personal computer was stolen, and took the steps of making new passwords, however the passwords have been constantly hacked – a fact that is well documented.

‘The people behind this are obviously very tech savvy and have the ability to break into emails, data storage, networks, computers and web sites. I have been a bit naive in that my computer security was not up to scratch, something I am correcting now.

In his blog Mr. Goudie repeatedly attempts to insinuate that the pictures were put on the net by British journalist Andrew Drummond, who has been exposing his activities on this site, and who also visited the TCSD today.

‘Goudie’s assistant who exhibited considerable courage in making the complaint has however highlighted several specific give aways as to the source of the malicious posts’.

Goudie, who was jailed for six years in Western Australia for fraud, currently faces the Pattaya Provincial Court on charges of cheating a 75-year-old woman out of US$300,000 and posing as a lawyer to obtain business.

Further cases have now been brought against him in Bangkok by a Briton Alastair Cooper and journalist Andrew Drummond.

Four cases of libel and breaches of the Computer Crime Act were last year brought against Andrew Drummond by Goudie – all were dismissed. Four outstanding cases have been ordered to be heard together to save a waste of the courts time.

Brian Goudie has requested US based lawyers to have material removed from a Hong Kong registered website, that has allegedly posted material that was stolen from a Pattaya office belonging to Goudie

It perhaps should read:

Brian Goudie has requested US based lawyers to have material removed from a Hong Kong registered website, that has  posted material which was allegedly stolen from a Pattaya office not legally belonging to Goudie.


(1) This material has either been posted or it has not. (2) There are no witnesses to any theft therefore unlikely any prosecution. (3) Mr. Goudie would need to state how it is his copyright (4) He will need to employ Hong Kong lawyers.

The following paragraph also puzzled me:

‘A number of ‘private’ photographs and videos which may have been taken on a smartphone, and possibly automatically uploaded to an online storage programme, are apparently now circulating – Goudie alleges the computers were kept in a locked and secure office, which was broken into in July of this year. The material appears to feature an ex-employee of Goudie. (name deleted)

So I asked his assistant what ‘online storage programme’ he used.
Answer: ‘Drop Box’.
Who would know that? And who would know the password? This has all the makings of an imagined conspiracy – Goudie and his friends have a history of setting up fake Andrew Drummond sites. And he has had to report a fake Andrew Drummond Facebook site insulting to the monarchy and similarly a fake promo for this site with similar content. Various other sites including case-watch-thailand (now down) thailandlegalsservices, andrew-drummond-watch.blogspot, andrewdrummondanddrewnoyes-blogspot, onestopservicesthailand.com., myriadoflies.blogspot.com andre-machielsen-faces-court.blogspot. etc., and there are more, have all been created in an attempt to discredit investigations here and also flood the net to push back investigations higher number google pages.