THE SECRET NOYES ‘FRIEND’ TOOK WITH HIM AS HE WENT TO MEET HIS MAKER. 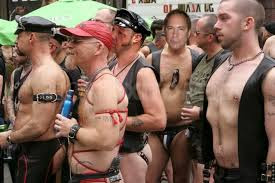 American Drew Noyes is busy keeping us all informed on Facebook about his activities in the US. The property fraudster and fake lawyer is also however keeping one eye open on Thailand and this week recorded the death of Bob Sutterfield, known as Hawaii Bob who died during the week.


Noyes reported: “Hawaii Bob, anyway you knew him, you were lucky to have met him.” 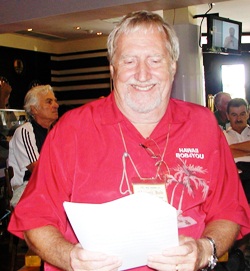 Hawaii Bob, a former Mortgage Broker in America’s mid-pacific state and an MC at the expats club did not reciprocate the admiration.

He was a supporter of this site and emailed me earlier this year ‘not to let Noyes and his cronies get away with it.’


Noyes is currently taking to court an American connected to the former Sub-Zero-Siam forum who published a picture for libel for running a picture of him which was photo-shopped to lampoon him and fellow fake lawyer Brian Goudie taking part in a gay parade in leather pouches.

Actually he is not suing over the words in the story which I believe recounted that he had now 9 children by different wives, and common-law wives and mistresses. He said his son was subject to ridicule at school by the photo.

But this is odd behaviour for the enlightened entrepreneur he claims to be, particularly as he boasted about being the owner of the biggest gay magazine in Thailand ‘Spice Magazine’ when he owned the ‘Pattaya Times’ – which we put to bed permanently.

Noyes has taken a number of SLAPP * cases against me. 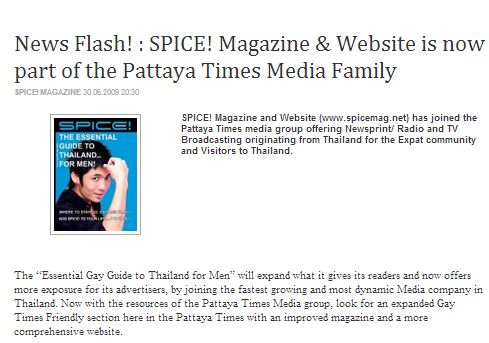 The only one I have lost should have been impossible to lose.  I accused Noyes’s colleague David Hanks of being a former brothel owner (or at least a poster on my site did and he/she was quite right).

In court we produced the Australian Securities and Investment Commission documents to show that he was the former owner of the Masquerades Brothel in Keysborough, Melbourne, which he accepted.

I am not bothering to attend. I have too many photographs of Drew Noyes with Pattaya judges and some of the decisions of this court are quite notorious. Besides the clear intention behind this story was to lampoon this dangerous sociopath and buffoon.

I have no intention of returning before Mr. Noyes, who is appealing a 2 year jail sentence for extortion, is dealt with adequately.

Besides no summons was sent to me, nor was it to Ally Cooper.

In Thailand defendants do not get costs if they are acquitted. They have to file separate cases and wait and wait.  Who has got the time?

Meanwhile Drew Noyes, who has been furiously conducting SEO activity to push back negative stories about him to the back end of Google, has lapsed in this regard.

A commemorate service was held for Hawaii Bob at the Tavern by the Sea in Pattaya today.

*SLAPP: A strategic lawsuit against public participation (SLAPP) is a lawsuit that is intended to censor, intimidate, and silence critics by burdening them with the cost of a legal defense until they abandon their criticism or opposition. The typical SLAPP plaintiff does not normally expect to win the lawsuit.


Typical claims underlying a SLAPP suit are libel, slander or restraint of business. Many states have adopted anti-SLAPP statutes in the interest of protecting free speech that provide for speedy hearings of the claims and the possibility of the defendant recovering legal fees and punitive damages.


Of course getting the Thai courts, or even government to understand this is somewhat problematic as one would expect.


*With acknowledgement to ‘Reporters without Borders’.