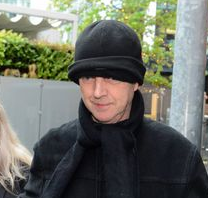 Ray Teret former colleague and friend of DJ child abuser Jimmy Savile whom I was tracking in Thailand a year back has now been found guilty in Britain of raping seven young girls and indecently assaulting seven others.

Young girls did nothing for him, he said.

Opening the case, prosecutor Tim Evans said: “The Crown say that young teenage girls, far from doing nothing for him, were consistently pursued by him through the 60s and 70s.”

It is unlikely he can erase from the internet the latest case which has received attention worldwide.
Drew Noyes has managed to have his conviction for extortion and two year jail sentence pushed off page one of Google – but it is not all good news for him.

He is currently in Pattaya and tied up in a custody row with the mother of an 11-year-old girl he fathered from a former employee at One Stop Service Center. He has father eight children in Thailand, or is it nine? By three, or four, different mothers, one of whom he married.

October 4, 2011 Andrew Comments Off on EXPOSED – HOW AN AMERICAN BUSINESSMAN SOLD GOVT HOMES FOR THE POOR IN THAILAND