I’m taking a break. There have been no deaths in the current demonstrations in Bangkok and now there is a stand off so my more bloodthirsty colleagues back home are losing interest.

Police have got a warrant to arrest Suthep Thuagsuban, former deputy leader of the Democrats, but Suthep is defiant.

He’s calling in more followers from the provinces to occupy more ministries and P.M. Yingluck Shinawatra is faced with the situation where having promised no violence she will have no choice but to use violence if the ministeries are not vacated.

There’s a lull, or I hope there is, because I am back at home now and have just had a sample of ‘The Glenbervie’ which ‘Ally’ brought through on a recent trip. Earlier before school Annie, 6, was combing my hair and telling me how I should look on Father’s Day – which is getting absolutely close…and may have a significance, and play a part in this charade.

So there’s a chance now to explain the surfeit of stories on ‘The Three Stooges’ – Drew Noyes, David Hanks, and Brian Goudie – and there is a link.

Last night Suthep got up before a crowd and said words along the following lines.

“We shall get rid of the crazy libel laws which are clogging up the courts. No more stupid cases which last for years. Serious cases such as corruption will be dealt with and concluded swiftly. No more 10 year cases with serious criminals out on bail so that they can skip town “. 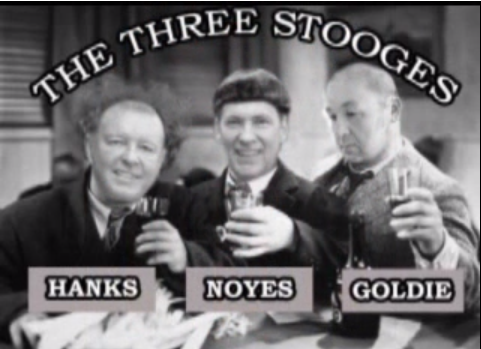 Now I have to say Suthep is not my cup of tea. (He is pictured at the top with a very controversial foreign property developer on Koh Samui) A little bit of basic research established that a long time ago. But occasionally he comes out with a gem or two.

I have been following in details the exploits of Messers Noyes, Hanks, and Goudie, because

(a) They are foreign ne’er do wells and that’s who I follow
(b) Detailing the case demonstrates to all and sundry how the Thai justice system works and how these people take advantage of its shortfalls.
(c) They have cases against me – so I need to watch them closely anyway.
(d) I have to do something on my working days when these cases stop me from doing anything else

(e) Sometimes their behavior is so gobsmackingly funny I have to share the joke. 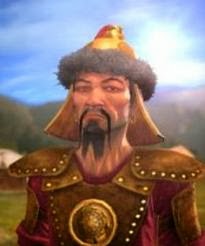 A couple of weeks ago at the FCCT I described Thailand’s libel laws and Computer Crime Act, as a ‘crooks charter’- which it is. If you are a foreigner in Thailand swindled by another foreigner, especially with a Thai wife, and you complain in the rudest possible terms (because the police will not help you) you could easily find yourself in a debilitating court battle having to pay cash out on an issue which is so obviously clear that even Genghis Khan might give you a sympathy vote.

And that is the plan.  Many foreign swindlers in Thailand are using the libel laws and Computer Crime Act to attack their victims, when they are down, and they usually are because they have spent their life savings on a house or apartment here and the receipient of their cash is the guy who screwed them in the first place! 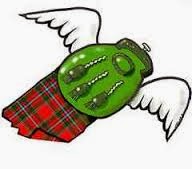 Truth is not a defence in Thailand to libel. You have caused someone to lose face no matter how ugly it was in the first place. This is perhaps why politicians are described as ‘khamoy suay’ (beautiful thieves) because they are never held accountable for their actions. It’s a flaw in society.

Of course this has cost me a pretty packet but I do have support and will continue to challenge as long as I can. Thailand is not the land of the free but it could be made a lot more so. 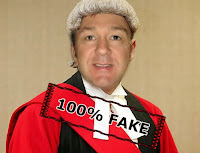 The Brian Goudie ‘nae knickers’ case against Andrew Drummond failed to go ahead as scheduled today as Goudie and Hanks told the court that they were sitting in the wrong court-room yesterday. As a result the judge neither Goudie’s case nor Hank’s case went ahead.

The ‘nae knickers’ case was adjourned until December 16th. And the Hanks ‘mafia’ case was adjourned until December 4th where the judge will decided whether he will rescind his decision to dismiss it. Goudie had claimed, falsely that lawyers for Drummond said he and Hanks had not come to court. This is clearly not true as they reported that they had seen them both there without a lawyer and they had left. As Goudie speaks Thai the judge may feel that he could have found the right court room.

Again no need for Andrew Drummond to attend in December.  A complaint is now being made to a certain department about constant delaying tactics among other things and including the background. Many thanks to supporters who have recently contributed to this battle. I am sorry it seems a never ending battle but that is how they are planning it, however of course, thanks to you all I am no longer on the back foot. 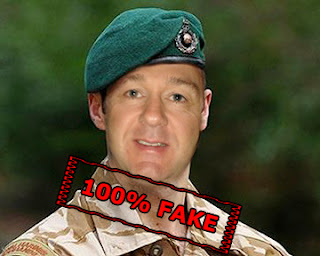 Meanwhile I can confirm that Goudie has lodged bail of 100,000 baht and surrendered a passport to Pattaya Provincial Court in case 11461/2555 brought by John Jepson.

That case accuses Goudie of offering services under false pretenses, namely stating he was a legally qualified barrister to offer services through Alba Laws and also a former Captain in the Royal Marines.


Meanwhile Goudie states that other charges will go ahead in December relating to nine other photos.
He of course if proving a pattern of his own behaviour.
BEST READ OF THE DAY

Tis the season to be jolly – you friendless piece of sh#t!

December 11, 2013 Andrew Comments Off on Tis the season to be jolly – you friendless piece of sh#t!