This is Jesper Kongerskov. He was one of Pattaya’s Police Volunteer Assistants and in Pattaya this Dane passed himself off as a security expert specializing in personal protection. 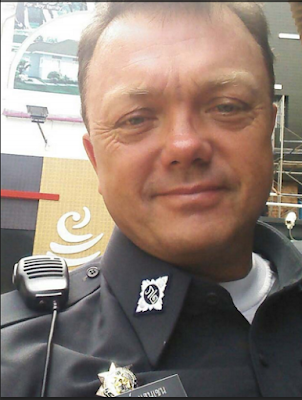 But from reports reaching this site his other side-line has been personal profit.

Thor Halland, who claims he was framed by a Frenchman and Drew Walter Noyes on charges of extortion,while actually getting his stolen belongings back, said he had been cheated out of some 200,000 baht and Jesper then went on to request his house documents.

And now an American who it has now been accepted by all parties was totally innocent of child sexual abuse has presented records which he claims show he was being asked for some 800,000 Thai baht. Jesper was using the surname Jensen. He also uses the name Leon Christiansen.

Thor Halland was also approached by Mo, an agent working for Unity International Law in Pattaya also had the run of the cells below Pattaya court to seek clients banged up on various charges and managed to squeeze cash out of South African businessman – a story already run on this site.

And of course Brian Goudie, the Scot, sentenced to 3 years for cheating a 78-year-old American woman out of some US$300,000, also trawled the court and prison, sometimes using an agent, looking for business.  In Goudie’s case he even pocketed the bail money for the woman’s son – and her son died in prison.

In Pattaya Provincial Court a bail bondsman has a desk on the ground floor. A 50,000 loan towards bail will cost you 25,000.

Guilty people do get off, of course. A Japanese charged with child sexual abuse many years ago went back home and then complained to the media that he had been charged 600,000 Thai baht.

And there appear to be a lot less people in Nong Plalai jail Pattaya on child sexual abuse charges than the number paraded in the Pattaya newspapers.

So there’s a warning here which needs to be repeated.  ‘Justice’ is a matter of price. All Embassies know what is going on.  But be very careful of touts and middlemen.  Normally lawyers are not allowed to roam cell area for custom.  They can go in if they have a client already.

The American lodged a complaint with Pattaya Police over Kongerskov who claims to work for the Pattaya Police, DSI, CSD and uncle Tom Cobley.  He claimed Kongerskov told him he would be wiped out if he mentioned a word about what had gone on. 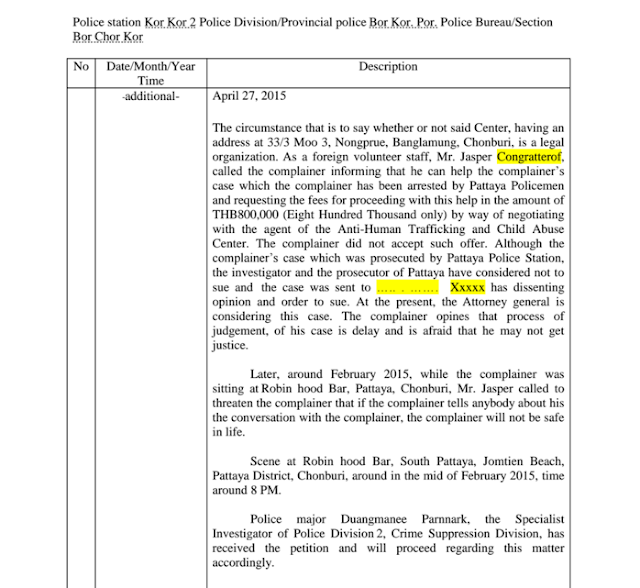 Kongerskov’s boss was of course Niels Colov, the former Copenhagen pimp and underworld figure, who became leader of the Foreign Police Volunteer assistants in Pattaya.  But Kongerskov was acting alone. He had re-invented himself in Pattaya. His last job was with the Danish Supermarket (Dansk Supermarked) chain. 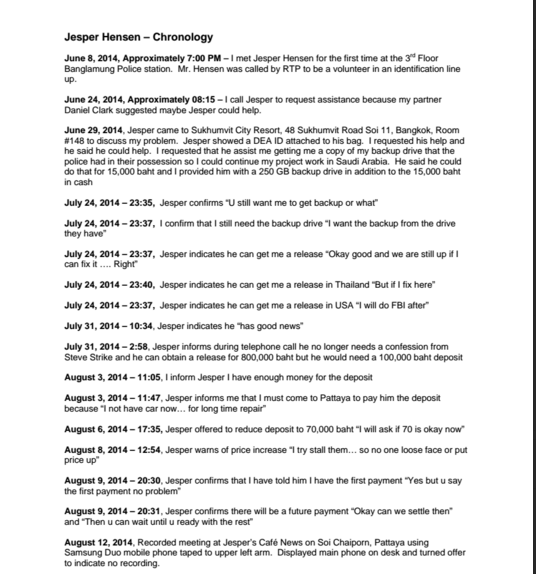 There is nothing new here though.  Pattaya’s ‘bail men’ have had a notorious reputation and I have had complaints dated back over 20 years. 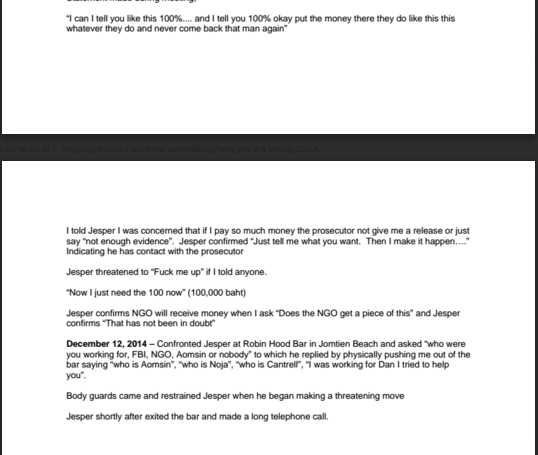 Jesper’s DS Academy never got off the ground.

While the above documents are produced in good faith it should be noted that bail bonds men often do not tell the truth and to whom the cash was to be paid is actually quite difficult to ascertain.
But then again – that is how the system is meant to work.
* No slur on Danes intended. The author was born in Denmark

May 24, 2015 Andrew Comments Off on BIRK OF BIRKBECK HELD IN NONG PLALAI JAIL – NOYES ELATED