Norbert Verweyen the rogue property developer on Koh Samui, who appears to have spent an inordinate amount of time terrorising his buyers with Computer Crime Act cases and others, appears to be beating a tactical retreat.

The man, mainly known for companies with the name ‘Coconut’ in them, has started pulling down signage on the island for his company called #OK Properties.

Buyers of his properties were amused during the enquiry into the murders of Hannah Witheridge and David Miller to learn from Thailand’s police chief that there was ‘no mafia’ in the Samui Archipelago.

(The Regional Police Chief General Panya Mamen was removed after declaring it was the mafia wot did it.)

They were amused mainly because there was no way in a civilized world that #Norbert Verweyen, who was also accused of commissioning physical attacks, could ever escaped such a litany of harassment if the local mafia were not involved.

And for mafia on Koh Samui – read influential people. 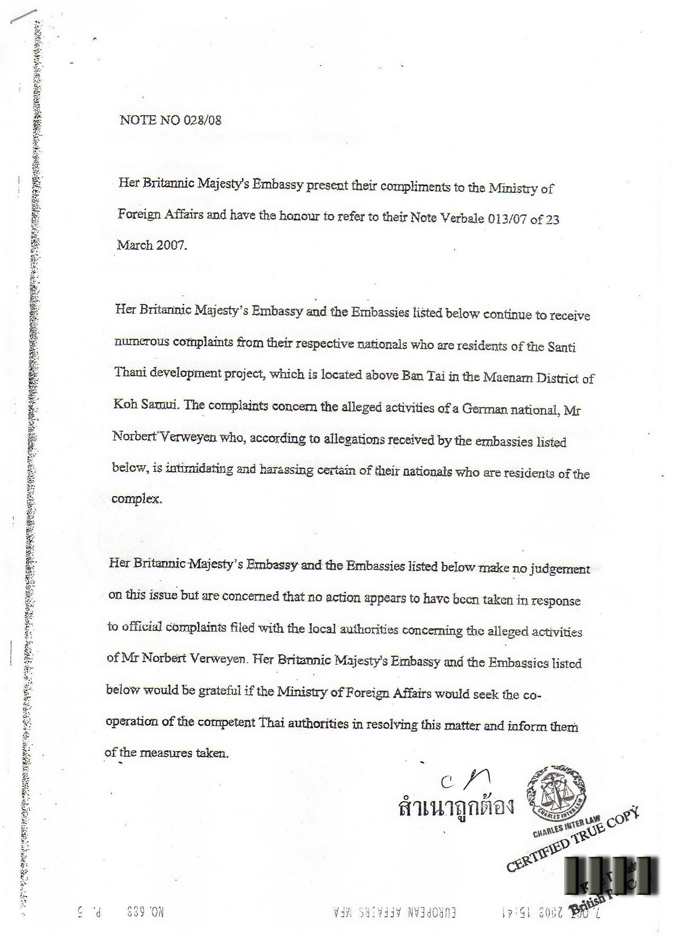 The British Embassy has of course expressed its concern with other Embassies in Thailand (above).

But this has been going on for years and of course Verweyen proudly displays a picture of himself (top) with the ultimate Godfather of the south. Suthep Thaugsuban, former Democrat Party deputy leader, and Secretary General of People’s Democratic Reform Committee (PDRC) or “People’s Committee for Absolute Democracy With the King As Head of State”. Thus perhaps he feels that he and is property empire are bullet proof. 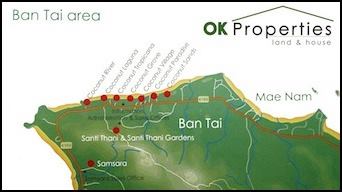 On this site we reported, perhaps in the light of Verweyen’s new notoriety, that the former optician, had resorted to hiding behind a new company OK Properties.

This was his new internet image and the one he presented overseas as he offered high class residences on the island for sale or rent.

OK Properties was never registered as a company in Thailand, so if anybody paid a cheque to them, they would have little recourse to a refund.

But now the hoardings have come down and a quick check with the Department of Business Administration shows that he owns nothing at all.

Here at Samuiholiday.com (billed as Samui Holiday Magazine) you will read this, which must be having buyers on his Santi Thani estate in stitches.

“Norbert has a good team of people working with him, most of whom speak his native German, as well as other languages, which helps in dealing with international customers.

OK Properties has gone from strength to strength over the years, with the majority of sales coming from good old fashioned ‘word of mouth’.

The company’s tag line is ‘Quality doesn’t lie’, and even the properties built 20 years ago are still in good condition and well maintained. Buyers aren’t deserted after the sale and continue to receive support from the company – it’s a perfect partnership.

Norbert has become friends with a lot of his buyers. “First a customer, then a friend,” he says.

Verweyen has been involved in over 100 court cases with his buyers/friends that included, as well as criminal defamation, bringing charges against buyers who set up estate committees to protect themselves from him, for working without a permit – which involved 80-year-olds having to attend court to defend themselves.

People around him have had unfortunate accidents including his late wife. 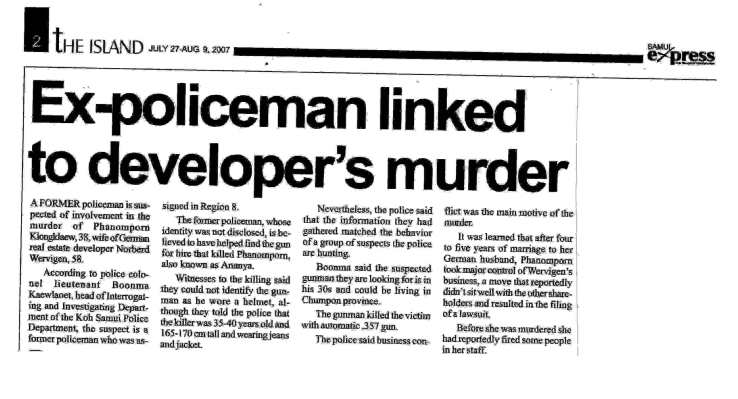 And his former head of sales Briton Gary Pearmain was also gunned down – but survived.

I cannot find any record of convictions for either of these offences.

How Samui court could take Verweyen’s cases seriously is of course beyond comprehension: Well perhaps not so much now in the light of the Koh Tao cases and that of Jack Hansen-Birtel.

His future ‘friends’ won’t find him at OK Properties, but they might find him at Monsoon Villas or at JFK Villa which is promoting Verweyen products.

So why all this smoke and mirrors?

It may have something to do with a latest complaint, through diplomatic channels and all very secret, to Thailand’s DSI – who took one look at Norbert and came up with ‘A-ha phaasi”

To you and me that’s TAX.

They could simply be buck passing to the tax department.

If he has not paid any tax then Norbert I guess must have had a long local arrangement for years. 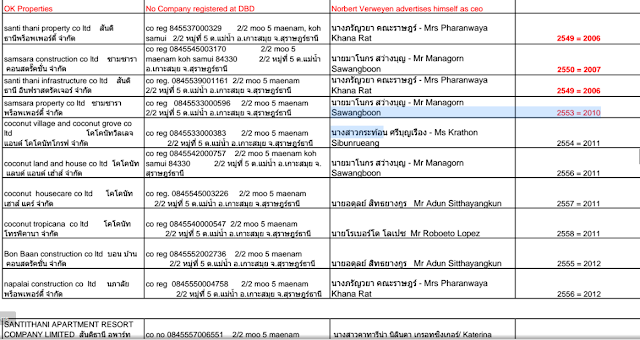 From this chart it does not look like the companies he now no longer owns have paid any at all. Pharanya Khana Rat is is current wife.

The worry for Norbert is of course that the current military government have vowed to clear up mafias, and undesirable foreigners, and the opinion in Bangkok is that they are quite successful at it.

Not only that, they say they intend to go after ALL mafia, the mafias supporting the ousted PMs Thaksin and Yingluck Shinawatra and those in the south of Thailand supporting the democrats.

Whether the military will replace the mafias with their own, a view held by us cynics, is neither here nor there…Heads will roll, and those heads could be those who have supported Verweyen for so many years. 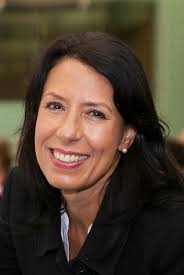 Debbie Abrahams, Labour MP for Oldham East and Saddleworth, in the U.K. had written many times to the Foreign and Commonwealth Office about the problems with Verweyen on Koh Samui after complaints from a constituent.

In the official response the FCO stated that it couldn’t get involved with overseas legal proceedings.

“This has been an incredibly frustrating and drawn out process for (my constituent). I know she’s deeply disappointed with the investigation process but I will continue to support (my constituent) in any way I can.”

The other stuff is of course all unofficial. And so it should be.

While the military government says it will crack down on mafia, it rarely has much diplomatic dialogue with Embassies here, and terrorized foreign homebuyers on Samui may not be near the top of their list.

Verweyen could be as safe as houses.

After all he did arrive on the island when it was tranquil, unspoilt and one could get a beach bungalow for US$3.00 a night.