Boiler room fraud is the perfect crime in Thailand specifically because Thai police will not investigate it, and secondly the money is hidden and moved on around multiple third parties confounding even the best police in the world. 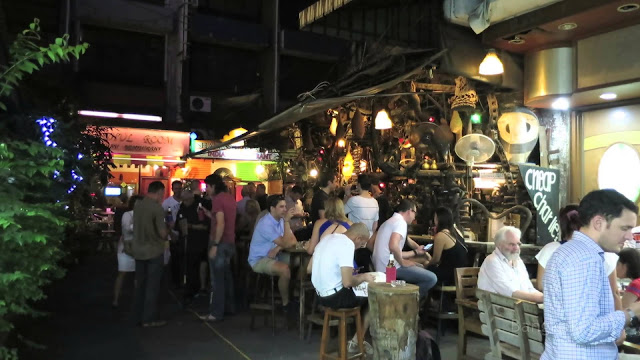 However there seems to be another one, which I must admit I had to laugh at.

The victims are not those wishing to make lucrative investments, but young people mainly who want to come to Thailand, and then stay on in teaching jobs helping less well-off pupils and get cheated in the process.

I had been asked to take up their case – but as there seem to be enough people out there doing the same the best thing to do is just guide you there.

The scammer in question is an American called Philip Dunne, aka Philip Crabb, who has been offering franchises in TEFL (teaching English as a foreign language) and TEFL courses. As we all know Thailand is desperate for English teachers, while not paying them a lot of cash.

Dunne has also been offering the TEFL courses under the banners Camp Thailand and IslandTefl and issuing his own TEFL certificates.

It seems a cheaper way to do this is to come in to Thailand on a non-immigrant visa, get your own TEFL certificate knocked up on the Khao Sarn Road, and perhaps give yourself a couple of degrees as well.  I know this works as child abusers have been doing it for years and we have exposed some of the culprits on this site.

Philip is also very savvy about the local laws, the Computer Crime Act libel laws and threatens to ruin people who complain about his services.

According to the reports I have been reading these funds appear to help fund his wild lifestyle and fondness for Thai women.

His lifestyle is not as wild as that of the boiler room boys as it appears to centre around ‘Cheap Charlies’ in Bangkok.

So how is this the perfect crime? Well actually, it’s all low-life stuff pushing the ‘Thailand dream’ and its targets also include American’s who have falling for Thai girls and want to return.

But the fact is this will not be investigated because the bosses will be able to show they have placed ‘graduates’ in schools in Thailand because, despite repeated warnings, a seemingly unlimited number of Thai schools continue to take foreign language teachers merely on the basis that they can speak English.

Perhaps they should call Philip ‘The Tefl-on Don’.