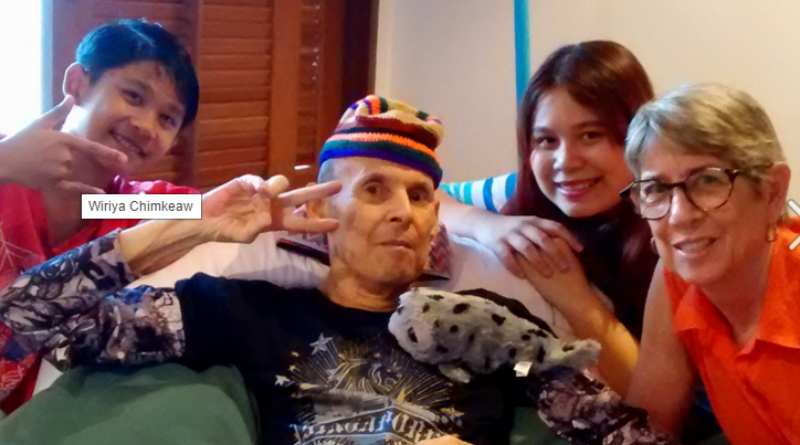 Biff ‘Whiting’, 65, first had his car firebombed then later he was gunned down outside his home in the resort town Hua Hin on the Gulf of Thailand, where the King of Thailand keeps his summer palace ‘Far from Worries’.

Whiting took six bullets. Four pierced his lungs and exited. One was removed from his stomach, and one was embedded in his spine.

Janpen was arrested three months after the shooting after Prime Minister Abhisit Vejjajiva ordered the matter to be cleared up. She was carrying about US$9000 in cash. It is alleged she paid relatives to carry out the actual hit.

Whiting died in 2014. Since the shooting he had been paralysed from the neck down. Whiting had always maintained they he had never spoken to Janpen.

Oxley, who was the de facto boss of ‘Oxley Homes’, though to comply with Thai law his majority shareholder was his Thai wife, had fled Britain in 2001 while on trial with six others on drugs charges.

During the trial he was described as ‘violent’ and ‘a mass you do not mess with’.

Although a bench warrant was issued for his arrest no attempts were made to extradite him back to the U.K.

When a Freedom of Information Act request was made to South Yorkshire Police about the failure to seek extradition the reply was:

“To give a statement of the reasons why neither confirming nor denying is appropriate in this case, would itself involve the disclosure of exempt information, therefore under Section 17(4), no explanation can be given.

This should not be taken as an inference that the information you have requested, does or does not exist”.

Whiting’s partner Dolly Samson now living in Seattle described the verdict as “Satisfying because the verdict was upheld, but disappointed because Darren Oxley successfully hid behind his wife’s skirts. And, I doubt I’ll ever see a single baht.”

Three other defendants received sentences of 33 years and four months.