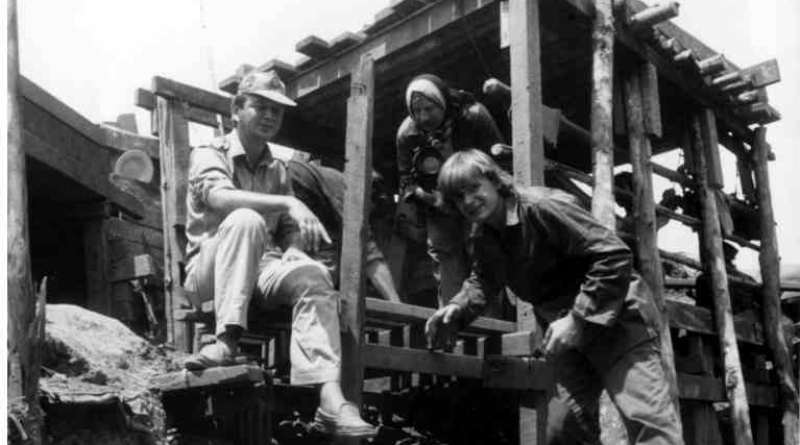 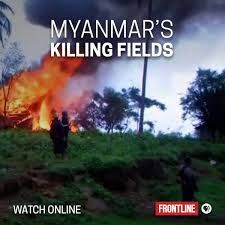 Having been quiet for a couple of weeks taking in the joys of rural England in the rare sunshine I am compelled to comment now on two good television documentaries which I took time out to see.

The first was ‘Burma with Simon Reeve’ and the second was Evan Williams’ ‘Myanmar’s Killing Fields’.

Both centred on the plight of the Rohingya. The minority which without doubt has been the subject of genocide, half a million plus of whom have fled across the border to Bangladesh.

Simon Reeve, an excellent story teller, produced a glossy perhaps more ‘even handed’ account, so we caught a colourful glimpse of devout monks collecting their morning alms with the point that the monks were at the centre of Burma’s* fight for democracy, and stressing that most people loved Aung San Suu Kyi.  Nevertheless, he did not shy away from the Aung San Suu Kyi controversy. This was the first of a series on Burma by Simon Reeve

The documentary by Evan Williams, a former colleague and friend when he was ABC’s man in Bangkok, was much more evocative.

Backed with film taken behind enemy lines it was a harrowing hour-long documentary with gory detail and witness statements of rape, disemboweling of pregnant women, throwing babies on fire, etc.

And it pointed the finger squarely at Aung San Suu Kyi, Burma’s Nobel Peace prize winning heroine, and her blatant lies to the United Nations.

‘There is no history of Muslims in 2000 years of Burma’ read placards carried by ‘Buddhists’ demonstrating against what they refer to as ‘Bangladeshis’.  Funny. I thought Burma was a mish mash of Kingdoms and races brought together by the British; people like the Kachin, Chin, Karen, Arakanese, Mon, Shan etc.

The majority of course were Burmese and they have been slaughtering their ethnic minorities since time immemorial.

Human Rights Watch’s Phil Robertson when asked what other Embassies were doing about the problem came up with the opinion with, well nothing much really.  They did not want to rock the boat as it might revert the country to the old days. People in Burma had more democracy now.

Nobody is attacking Aung San Suu Kyi except the odd senator here and there and the United Nations rapporteur and then its only words. Diplomacy has not worked.

Groundhog Day? The plight of Burma’s ethnic minorities was my original fixation, long before organized crime, when I relocated to Asia 30 years ago.  In 1987 I made the film ‘Burma’s Forgotten War’ (BBC2) – a catalogue of rapes, murders, and torture by the Burmese Army on the Karen minority.

A year or so later a made the film ‘Lord of the Golden Triangle’ (ITV/Observer Films) on heroin warlord Khun Sa – aka Chan Shi Fu – allegedly the world’s most wanted man, who later settled happily in Rangoon running a bus company and dining with the Burmese military.

I interviewed Aung San Suu Kyi in 1988 (She was a lot easier to talk to then apparently) I remember not being enamoured because I wanted her to talk about Burma’s ethnic minorities and she wouldn’t.

Between then and now the Burmese army have continued to murder and torture its ethnic minorities, while the west queues up to do business.

And, of course, pretty much all the big businesses in Burma are connected to the military. They are still actively slaughtering the Kachin. More recently the British Army have even been training the Burmese Army in how to deal with civil unrest in a manner which won’t get them done for war crimes.
I’m guessing the British Army thought they could get more out of this than they could give.

The worst atrocities of all have been carried out under Aung San Suu Gyi’s tenure.

Its Groundhog Day for me too because in Thailand the corruption is still as bad, although more clandestine, than ever with yet another military government in control plundering the country while inserting clauses in the constitution ruling that they cannot be held to account in the future.

Mahathir is back in control in Malaysia as he was when I first went there for the executions of Kevin Barlow, Jeffrey Chambers, and Derrick Gregory, for drugs trafficking.

(The bosses continue to remain untouched while insignificant couriers go to the gallows.)

And Cambodia and the Philippines have become absolute basket cases ruled by dictators also lining their pockets and simply demolishing their enemies.

And here in Britain all we seem to worry about is Brexit, and, the weather of course.

In Britain we have UKIP.  But UKIP members have nothing on your devout Burmese Buddhist.

*I prefer Burma to Myanmar and, as was pointed out in Episode 1 of Simon Reeve’s series, so do many dissidents.

Just what is going on in Arakan State?

March 27, 2013 Andrew Comments Off on Just what is going on in Arakan State?