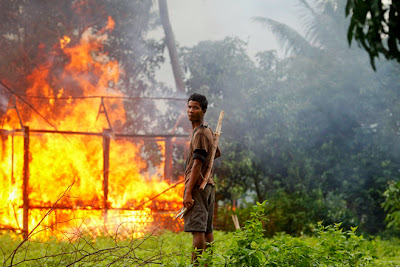 While western businesses continue to move into Myanmar (Burma) for the country’s rich pickings, relatives of victims of the Nazi holocaust have come out with a statement of condemnation of the treatment of the Rohingya.

They point out that even Burma’s democracy movement has largely been silent on the issue.

This is all of course a bit eerie and sadly tragic. No its more than that. Its quite disgusting. Many countries, even the Vatican, knew about the plight of the Jews in Nazi Occupied Europe and did nothing.

With vast improvements of access to information there’s no denying we do not know about the Rohingya. The edicts against the Rohingya’s are remarkably similar in style to the edicts the Nazis issued on the Jews. Burma has become cash rich – and that cash has been foreign.

It has been congratulated for moving towards democracy. But more in the form of praising a churlish schoolboy in the hope he will do better. That’s what one has to do in Asia. But Burma is still also suppressing the Kachin and Karen. Is any foreign company in Burma going to pull the dog’s tail? Nah.  The US Holocaust Museum statement follows: 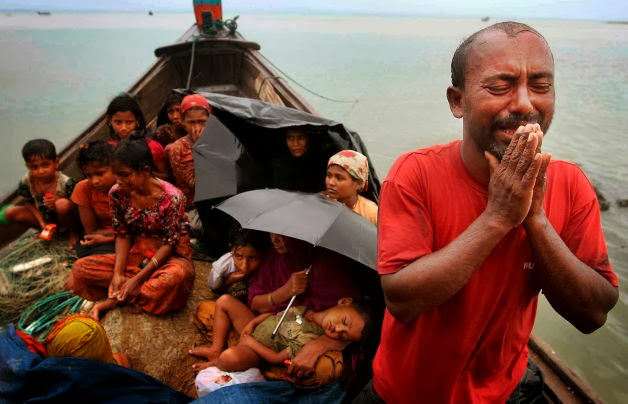 Long considered one of the world’s most persecuted peoples, the Muslim Rohingya have no legal status in Burma and face severe discrimination, abuse, and escalating violence. Last year, violent attacks, fanned by a campaign of virulent anti-Muslim hate speech that continues today, destroyed numerous Rohingya communities and displaced well more than 100,000 people. Today, the Rohingya in Burma are forcibly isolated, cut off from nearly all goods and services and unable to provide for themselves. According to the United Nations, crimes against humanity have been and continue to be perpetrated against the Rohingya. Their treatment, combined with statements by government, political, and religious figures indicate that the Rohingya are being subjected to ethnic cleansing.

While the Burmese government has signaled its intention to alleviate the plight of the Rohingya, little has been done to address the fundamental causes of their suffering. Burma’s democracy movement has largely been silent about the treatment of the Rohingya. 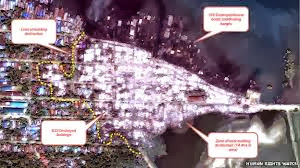 “As an institution dedicated to preserving the history of the Holocaust and to preventing genocide and mass atrocities, the Museum is deeply concerned about the increasing concentration and segregation of the Rohingya and the escalation of hate speech and violence targeting Rohingya and Muslims generally in Burma,” said Michael Chertoff, former secretary of Homeland Security and chairman of the Museum’s Committee on Conscience, which oversees the Center for the Prevention of Genocide. “The Museum welcomes recent commitments by the Burmese government to assure the security and rights of all people in Burma and calls upon the international community to assist Burma in protecting its populations from crimes against humanity and ethnic cleansing.” 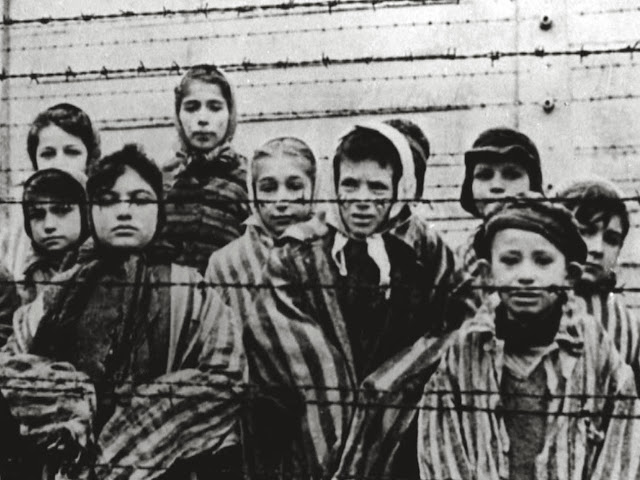 The Rohingya are a Muslim minority in Rakhine (also called Arakan) State, which borders Bangladesh and has a Buddhist majority that is ethnically Rakhine. Although Rohingya have resided in Arakan for at least several centuries, Burma’s 1982 citizenship law does not include them among the country’s officially recognized ethnic groups, effectively denying them any right to citizenship. The Burmese government classifies the approximately 800,000 Rohingya as “Bengalis” and insists that they are illegal immigrants from Bangladesh. Since Burma’s independence from Britain in 1948, the Rohingya have been subjected to periodic campaigns of violence and continue to face various forms of official and unofficial persecution, including:

Limits on the right to marry and bear children. Rohingya must obtain official permission to marry and in some areas have been prohibited from having more than two children.  As a result, some 60,000 Rohingya children born in violation of these restrictions cannot be registered and are thus ineligible for all government services, including education.

Forced labor. Rohingya in northern Rakhine State have regularly been required to work without pay for government and military authorities. Children frequently perform this labor, which is required exclusively of the Rohingya in Rakhine State.

Denial of due process. Rohingya are routinely subjected to confiscation of property, arbitrary arrest and detention, physical and sexual violence, and even torture at the hands of authorities.
Segregation. Rohingya are barred from the teaching, medical, and engineering professions.  Many health care facilities will not treat them and few businesses will hire them other than for manual labor.

Rakhine State is one of Burma’s poorest states, and the Rakhine ethnic group also has long suffered from economic discrimination and cultural repression by the Burmese majority and central government.  As Buddhists and an officially recognized minority, however, the Rakhine enjoy rights and opportunities denied to the Rohingya, who are universally reviled in Burma. Poverty exacerbates Rakhine animosities toward the Rohingya, whom the Rakhine view as alien competitors for scarce resources. These animosities erupted into communal violence between Rohingya and Rakhine between June and October 2012 that left hundreds dead and more than 140,000 displaced, the vast majority Rohingya. The deadliest violence consisted of Rakhine attacks against Rohingya communities. According to both Rakhine and Rohingya witnesses, Buddhist monks and local Rakhine politicians incited and led many of the attacks, with state security forces failing or refusing to stop the violence and sometimes participating in it. The violence forced the Rohingya to abandon many of their communities, where the government razed anything left standing after the attacks. 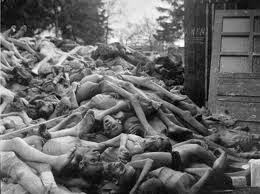 The displaced Rohingya now live in official and unofficial internally displaced persons (IDP) camps under conditions that the UN emergency relief coordinator has called among the worst she has ever seen.  Humanitarian aid workers frequently have been prevented from accessing these camps.

Citing the need to maintain security, Burmese officials have essentially imprisoned much of the Rohingya population, using barbed wire and barricades to cordon off not only those in the camps but also another 36,000 in still extant Rohingya communities. Denied permission to exit, the inhabitants cannot access markets, schools, or health care facilities and cannot pursue their livelihoods. A recent UN report cited “alarming rates of severe acute malnutrition” in the camps. In June, the UN special rapporteur on the human rights situation in Burma, Tomás Ojea Quintana, cited “credible allegations that widespread and systematic human rights violations by state officials targeted against the Rohingya and wider Muslim populations have occurred and are continuing in Rakhine State.”

There have been some positive, if mixed, developments. Since the spring, the central and local governments have taken significant steps to improve humanitarian access and provide safer shelter to the displaced ahead of the monsoon season. These efforts, however, included a registration drive that required Rohingya to identify themselves as “Bengali,” which many viewed as forcing them to accede to illegal status. In May, the government commission established to investigate last year’s violence—which had no Rohingya members—called for general measures to improve communal relations in Rakhine State and to hold those responsible for the violence accountable, but it also recommended birth control measures for the “Bengalis.” In response, local officials in Rakhine State announced stepped-up enforcement of the two-child limit for Rohingya. Although Burma’s minister of immigration and population originally praised this measure, both he and the chief minister of Rakhine State recently assured Special Rapporteur Ojea Quintana that no such policy is in force. Meanwhile, however, politicians and monks in Rakhine State have openly called for ethnic cleansing of the Rohingya.

(Below GUNS, BRIEFCASES AND INEQUALITY) Burma’s attacks on Kachin

While Burma’s president, Thein Sein, has pledged to seek regularization of the Rohingya’s legal status, he also insists that there is no need to change the 1982 citizenship law, under which it is practically impossible for most Rohingya to obtain citizenship. In July, the central government abolished the notoriously abusive NaSaKa border security force in Rakhine State, but the police forces that replaced it reportedly are continuing many abusive practices targeting the Rohingya. In August, Rakhine authorities prosecuted six Rakhines for murdering Rohingya bus passengers at the start of the violence in June 2012, but, thus far, the majority of the persons prosecuted for last year’s violence have been Rohingya, despite the fact that Rohingya make up the vast majority of the victims.

This lack of accountability has likely contributed to the outpouring of anti-Muslim hate speech that since March has been accompanied by sporadic violence targeting Muslim Burmese citizens residing in other parts of the country. While Buddhist monks have been among the most visible instigators, there is ample evidence of security forces’ complicity in the violence, which has claimed scores of lives and destroyed thousands of properties. The Buddhist “969” movement uses anti-Muslim hate speech and intimidation to force boycotts of Muslim businesses and is now seeking to criminalize marriage between Muslim men and Buddhist women. The escalating segregation and discrimination against Burma’s Muslims, who comprise about five percent of the population, leave them in well-founded fear for their safety and livelihoods.

A living memorial to the Holocaust, the United States Holocaust Memorial Museum seeks to inspire citizens and leaders worldwide to confront hatred, prevent genocide, and promote human dignity. The mandate of its Committee on Conscience is to alert the national conscience, influence policy makers, and stimulate worldwide action to prevent acts of genocide and related crimes against humanity. The Committee oversees the work of the Center for the Prevention of Genocide (CPG), which undertakes a wide range of activities to make the prevention of genocide and related crimes against humanity a national and international priority. 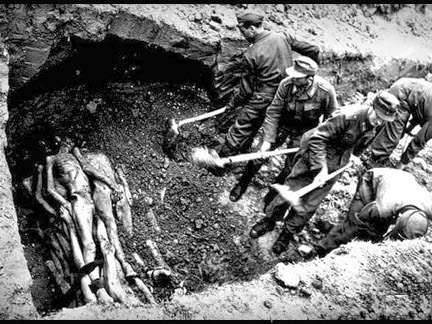 “Genocide and group-targeted mass violence cause devastation in the countries where they occur and threaten international security as well,” said Chertoff. “The Burmese people have been making impressive progress in their quest for greater freedom and prosperity. The United States Holocaust Memorial Museum urges them to recognize that sectarian and ethnic hatred and violence can undo this progress and bring suffering to them all. Where some are persecuted, no one’s liberty can be secure.”

January 27, 2013 Andrew Comments Off on A Kachin’s Last Stand