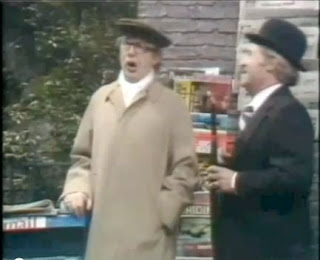 Had a good day this week. It was visa day, not normally something I look forward to. But this was an especially cheerful day.

Got down to the Ministry of Foreign Affairs to pick up my letters of accreditation. The woman at reception was especially sweet and so was the woman I signed off with. I left with a smile.

Then I went down to the Public Relations Department where I was greeted with a loud “Andrew, pay nai ma” from a  woman in the press card section – who must have remembered me from a helicopter trip over post Tsunami Khao Lak or a singalong in a restaurant in Krabi, er, or maybe something worse.

Three women handled the issuing of my card.

The youngest asked: “Do you have photograph?”. No. “Okay we’ll use last year’s”

My new card was issued before I had a chance to ask: “Can you use one from five years ago?”

Then it was off to the clinic in Thaniya Plaza where there were at least eight women, five at reception greeting me.

Blood taken, pulse taken, eyes tested, by nurse (woman) I even had an X-ray. This was good value for money, and even a woman doctor, gave me an evaluation which seemed like me to be like an annual check up – all for 700 baht.

Time for a quick lunch at a Japanese place in Chamchuree Square  – served of course by women.

Then it was off to the ‘One Stop Centre’ (no not the ‘’One Stop Center’ in Pattaya ) where a smart woman immigration official put all my documents together and gave me a ticket.

Within 15 or so minutes I was at the pay counter where another very pleasant Immigration officer (woman) ticked off the boxes and took my cash and then off for the interview with a woman Immigration Lt. Colonel.

“Still with the Eeny Stannit I see.” she asked, mimicking Eric Morecambe’s newspaper vendor sketch. “Yes” I replied…. ‘I can’t get up in the morny’.

Then across the room to the Department of Employment where my work permit was handled by another woman, plump and jolly.

I had missed a signature and was asked to sign. I reached for my pen and it was gone. I looked across suspiciously at the woman who had issued me with a number.

“Pa-ka pay nai mot?” – “Where have all my pens gone?” I asked.  This had all the women in stitches. Either my pronunciation was bad or they have got an obsessive compulsive biro thief there too.

I was through the process in record time and the only man I spoke to was the new guy from the Danish News Agency Ritzau.

It was such a good day that I felt like going back to the clinic and asking if they could check my prostate.

There have to be men working or course, but I did not see many of them on that day.

Back at home, after paying tollway fees to women cashiers, all I had to wait for was the woman in my life to come back from school.

“Annie,” I said. “The doctor said I have to give up cigarettes and start eating blueberrys”

“Oh good”, she said, “Let’s go to Tops and buy some Blueberry Cheesecake”.

Then she ran away with my packet of cigarettes.

Women really piss me off sometimes.