‘I WAS SCREAMING FOR HELP BUT NOBODY CAME’ – SHE TELLS STV.
FROM ANDREW DRUMMOND- BANGKOK
Daily Mail, The Scotsman  Herald The SUN Independent 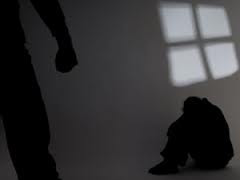 A 20-year old Scottish woman, who claimed she was gang raped in Thailand may face charges in Thailand of make false claims and wasting police time following revelations by witnesses.


They claim the young woman, from Fort William, Invernessshire was actually escorted back to her own room for her own safety.

And no rape could have taken place either in her room, or on the balcony outside, where she was found the following morning, because other people were awake throughout that period.

A key witness who live next door to where she lived said she heard the 20-year-old Scots woman come back home swearing at 3.45am.

The witness Noi Raksachon,33, said she did indeed hear a man come to her room to encourage her to go downstairs for fear that she would fall from the balcony.

But she said the 20-yr-old Scots girl, who carried a Highlands and Islands University card, yelled at him prompting him to leave.

“If she was raped inside her room I would have heard cries for help,” said the woman.

In fact the balcony where she was allegedly forced to go to was not only outside her room but next to the Vientiane Restaurant and late night drinking establishment which she had been turned away from.
And it was actually connected to the restaurant by a second floor walkway.

And enquiries carried out by police showed that she was actually helped to her room.

Jatuporn Mongkolkarun the restaurant owner said: “I had a member of the security staff escort the young woman to her room”.

There was concern about international publicity.

He said there were several witnesses who could confirm that the Scots woman was not approached by anyone in the place she described.

Witnesses also included the Malaysian engineer of an oil company and a manager of the Jamaica restaurant in the city where she had been drinking previous to returning to the Vientiane Restaurant.

They remembered the woman well because of her state of drunkenness.

Police Colonel Sompong Tiparpakul, who was also involved in the investigation, said however the police investigation would continue and police would await forensic tests taken of the woman in hospital.

But if the claims are proved to be false the young woman could face immediate imprisonment pending trial. She could also be presented with  bills from the police and hospital.

In June last year Stevie Bamford from Sydney, Australia  was jailed for 15 days after making false rape allegations to police on the Thai holiday island of Phuket. Her one month sentence was cut in half because she pleaded guilty.

Ms Bamford  told Thai police officers she become separated from her boyfriend in a nightclub area of Patong early on the previous Sunday morning.

She said she was taking a taxi back to her resort when the driver picked up two other men,  drove to a secluded area and sexually assaulted her while the other men held her down. Afterwards, they took her passport and cash.

She confessed to fabricating the story after security camera footage revealed she had been safely taken back to her resort by a motor bike taxi driver.

POLICE CLAIMS REJECTED BY YOUNG SCOT
The young Scots woman from Fort William rounded on Thai police yesterday, but, despite that, she clearly had a memory loss for what happened between 2.45 and 5 am on the night she said she was raped.

“I had had a few beers at a restaurant with a friend and we moved on to a bar where I met another friend. I can remember a lot of that then things are unclear.


“I can only remember little things. I do not know if my drink had been spiked or what. There was a kafuffle with the bouncer there and we left at around 2.45am.


” I told my friend that I would get back home fine, it was not too far away. The police have told me that I was told to leave the bar because I was too drunk, but I can’t remember if that was true.

“I was awoken on the balcony of a building around 5 am away from the bar. The police and other people that lived nearby woke me up. At that point, I did not have a clue what had happened or what was going on, but they were saying I was still drunk.

“I do not remember certain parts of what happened, and I do not remember what order they are in. I can remember a silver car or a pick-up truck and I think that is what the men who attacked me drove in. 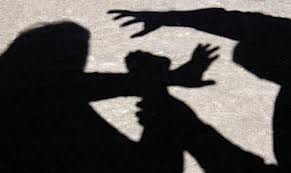 ” I remember it was raining, I remember there were four of them and I remember the attack happened on a concrete floor. I remember quite clearly what the two men who raped me looked like. One was wearing a black T-shirt and the other was wearing a green khaki T-shirt, he had black hair and a gap in his teeth or a tooth missing.

“They hit me in the face and on my head. There are bruises on my arms from where they held me down and my elbows and knees have been scraped.”

She said: “I’ve given three statements to the police using two different interpreters, I feel like I’m going round in circles with them. They tell me one thing and then another, they’ve said something about a bouncer at the bar taking me home and dropping me off, but he can’t remember where that was. I still haven’t received anything back from the police, or from the hospital for tests for diseases following the attack.

“How come no-one in nearby houses heard anything happening? I was screaming and shouting during the attack, there’s no chance they never heard anything. The police have said the people living nearby just thought it was a fight and didn’t do anything.

“The police and authorities are very humiliating, their whole system has let me down – they’re making out that I was some drunk idiot and it was my fault, which was not the case. They started asking me questions about my relationship with my boyfriend, which is not relevant at all to this, it just seems like a joke to them.”

She added: “It’s been a horrific experience and the whole thing with the media has made it a lot worse. They have made me look like an idiot who was drunk, they also said my boyfriend had left me at the bar, which he hadn’t. He was travelling down from Bangkok at the time and had nothing to do with it. What they’ve reported has been quite disturbing.

“I hope there’s some way this can be resolved. Those men need to be caught. But it seems like nothing will get done. I just really want to go home, I want to go and see my family and get proper help, but I’m stuck in a foreign country where no one speaks fluent English.

“When I get back to the UK I want to report this to the police who will understand me and I want to go to a hospital that can help me after this. My family are very supportive, they just want me home as soon as possible.”

“I think I’m still in shock. The first night after I was raped I was very upset, I was tired and cried quite a lot. Now, I can’t cry, I just feel numb. As soon as I enter my family’s company I think I will just break down. Leaving my boyfriend behind here because he can’t get a UK visa just now is terrible. We have been living out of each others’ pockets for the past few months. But it has ruined everything that I had planned out here.”

Comment: and Caution: It is not uncommon for Thai police to repeatedly interview rape victims without cause, often using different officers. This has been regarded by some victims as almost voyeurism. In some cases where foreigners have been victims, witnesses have also been reluctant to deviate from the police decided line. This is especially true in provincial areas but has also been reported in the tourist areas of Phuket, Koh Samui, and Kanchanaburi on the River Kwai. Except in the tourist areas female rape victims will be lucky to be interviewed by a woman police officer.


However in this case due to her memory loss this may be an almost impossible case to progress and certainly will not be if she returns home. Police privately were expressing the view last night that she should get on a plane. She will need to testify in court and identify her assailants.


Her assertions against the Thai media are correct. In almost every serious case where the victim has been a foreigner both the media and police often either blame the victim or another foreigner.


LAST NIGHT A THAI TELEVISION CHANNEL WAS REPORTING THAT SHE HAD BEEN RAPED BY HER STEP-FATHER AT THE AGE OF 14!


Joanne Masheder, 23, West Midlands – Murdered by a Monk in Kanchanaburi – a leading Thai newspaper reported before her body was found that it was an insurance scam by her father.


Kirsty Jones, 23, Dyfed Powys – murdered and raped in Chiang Mai. Several foreigners were accused and in the eyes of the chief investigator today a foreigner was still responsible – despite the fact the DNA of the killer is Asian.


Leo Del Pinto,24, murdered, Pai, Mae Hong Son Province – no witnesses in Pai would go against the police evidence. The Thai Human Rights Commission made a report and the Department of Special Investigations had to take over the case.


Vanessa Arscott and Adam Lloyd, Devon – ages 23 and 24, gunned down by a policeman in Kanchanaburi. No witnesses would come forward to the murder, near a very busy restaurant. The policeman was convicted on forensic evidence after strong representations from British Embassy officials.