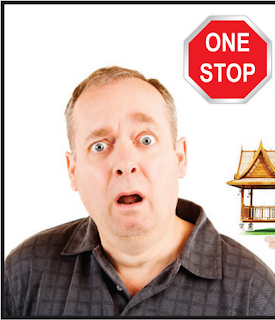 A British pensioner who coughed up over 340,000 baht to the Pattaya company ‘One Stop Service Center’ for a divorce has found that the company’s incompetence has rendered a court matrimonial settlement totally illegal.


Kenneth Blundell, 65, a retired heating engineer from Croydon, S.London,  has demanded cash back and says he has been promised a return – but despite the promises he has not seen one cent.

This comes after, to his horror, he discovered that ‘One-Stop’ had entered his abbreviated, not his real name, into the courts.

Banglamuang District declined to accept the court documents from Kenny Blundell so they could register the divorce.

One Stop Service Center, of Keha Condo, Thepprasit Road, Banglamuang, which has split itself into several non-legal entities one of which is  ‘One Stop Legal Service’ is run by American Drew Noyes, 57, and Wanrapa Boonsu, his ‘common-law wife’.

Both are currently going through the courts in Pattaya on trial for the attempted extortion of the Thonglor Clinic, Jomtien.

They also face civil charges brought by Dutchman Theo van der schaaf who also asked them to mediate a settlement between him and his former girlfriend. 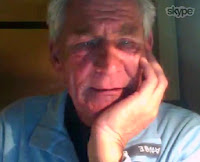 Children’s cartoon film producer van der schaaf claims that Noyes and Wanrapa not only failed in their attempt (His ‘ex’ called the local police on them due to their heavy handed tactics) but they pocketed the 2.5 million baht he had sent in settlement without even offering it.

After van der schaff took a civil case out against (PAPPA/One-Stop) Noyes and Wanrapa Boonsu Drew Noyes launched and attack on him describing him as a pornographic film maker.(below)

One Stop Legal Service advertises that is specialises in getting back property from Thai wives when the marriage goes wrong.

Its advertising is wildly misleading.

Mr Noyes has no legal background, despite claiming to be an American lawyer and has with impunity screwed people on everything from divorce to property deals.

In divorce settlements they have the upper hand by bullying the Thai wife, who may not have the resources to find a lawyer of her own.

Obviously no Thais few would go to ‘One-Stop’.

He had to give up the pretence of being associated with the Thai Government’s One Stop One Start Service Centres, after his use of the BOI video featuring former Thai Premier Abhisit Vejjajiva was exposed here.

To find out where Kenneth Blundell’s cash went the original  story can be found here. Today he said he was seeking alternative advice.

.His wife Jan is supporting him. “I have agreed to a divorce. I will always stand by him if he has a problem. I will also support him in any action he takes against One Stop Services.  Kung (Wanrapa Boonsu) is never around when I call their offices.”

‘ITS KNOWN AS
LEGAL
HEAVY LIFTING’
We put Mr. Blundells court papers and judgement to an independent legal expert. The reply was:

“Even if Mr. Blundell went back to the court and asked the judge to record the corrections, his papers would not be sufficient to get the divorced registered at Banglamuang.


He would need to go back to Ubon Ratchtathani where the original records are stored.”

September 8, 2007 Andrew Comments Off on Drug Runner – A Dead Man Laughing – The Australian