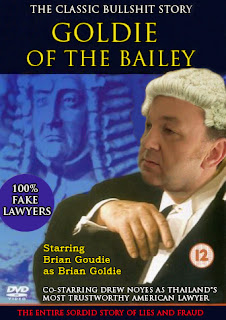 Fake lawyer Brian Goudie has issued his own ‘cease and desist’ order from Koh Samui to stop the Foreign Correspondents Club of Thailand showing the film ‘Influential People and Men In Suits’ before a panel discussion at the club tonight.

FCCT officials are taking legal advice but they have confirmed that the programme on Thailand’s criminal libel laws and computer crime act would go ahead at 7 pm as scheduled.
Brian Goudie, runs a law firm called Alba Laws in Thailand, but it has no fixed office. He has claimed both to be a British Barrister and former Captain in the Royal Marines and has undertaken a number of legal cases on behalf of foreigners, using in the main very cheap Thai lawyers, but charging up to 50,000 baht a day.

He puts on a very plausible act as a lawyer and has fooled many respectable Thai lawyers and courts. He tends to keep cases going as long as possible, especially his own and has been quite successful at this too.

In actual fact he was born Brian James Goldie in Falkirk, Scotland, and was jailed for six years in Australia for fraud.
An earlier attempt to settle in Australia was dismissed by the Australian Appeals Tribunal. In the judgement he was described as ‘not a person of good character’..a very sound judgement as it transpired, as he then went on to defraud a mining company in West Australia. 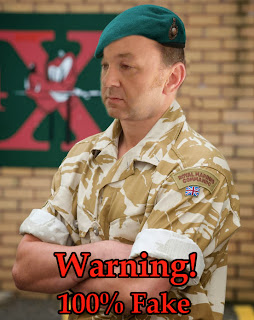 The judge took into account his reluctance to return to Scotland where a warrant had been issued for his arrest in connection with another fraud allegedly on the Royal Bank of Scotland. That case has now timed out.
The video ‘Men in Suits and Influential People’ was scheduled to be shown before the panel discussion tonight.
Andrew Drummond, who features in the film as a British journalist being sued for exposing foreign criminals in Thailand said: “This is really good news. Brian cannot but draw attention to himself. He really does believe he is a lawyer.

“He is typical of the type of foreigner in Thailand the authorities, including the British, seem to have difficulty getting to grips with.

“Most people have already seen the film. Those who have not should watch it before the programme….as the FCCT may still be seeking legal advice. It’s is also available in Thai on the youtube channel DrummondinBangkok”.
(Videos Below)
Brian Goudie is currently attending Pattaya Provincial Court on two charges of fraud. The first case relates to a British estate agent on Koh Samui whom he allegedly tricked into believing he was a lawyer, officer and a gentleman.
The second case of fraud alleges that while acting as a lawyer he defrauded US$300,00 from Barbara Fanelli Miller of Madison, Wisconsin, on a promise to get her son out of Nong Plalai jail, Banglamuang, where he was awaiting trial on child sexual abuse charges. That case is also in the civil courts.

Goudie has taken six libel and computer crime act cases against Andrew Drummond. Two have already been dismissed. None of the others has yet been accepted by the courts in Pattaya and Koh Samui.

Technically having served a term of imprisonment and being refused residency of another country Goudie is in breach of Thailand’s Immigration laws.  But he carries with him a statement from Scotland’s Procurator Fiscal saying he has no criminal record there, which is true. It has stood him very well so far.

LEGAL NOTE – THE PICTURES OF GOUDIE ABOVE ARE OF COURSE PHOTO SHOPPED. HE HAS NEVER BEEN A LAWYER OR A ROYAL MARINE COMMANDO

SCROLL DOWN FOR VIDEOS and BRIAN GOUDIE’S LATEST THREATS 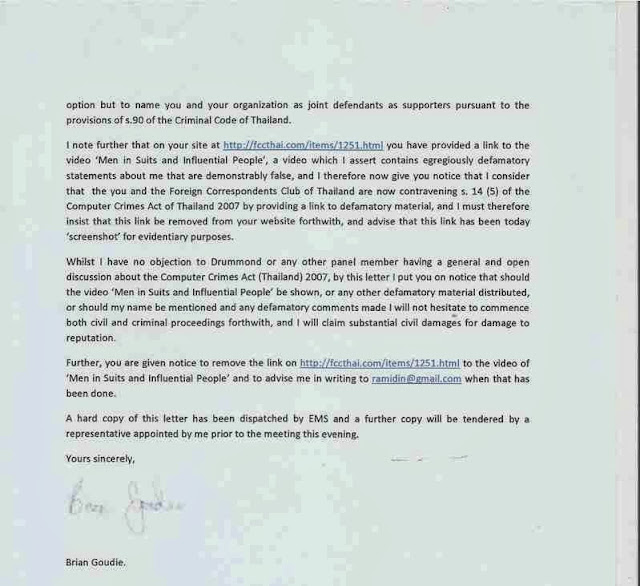 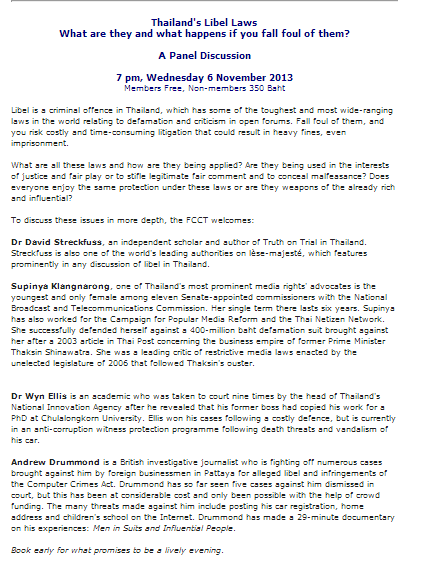