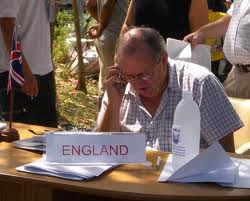 British citizens who are not enamoured with the help they get from the British Embassy in Bangkok will not be surprised to read today that the British government makes £56 million a year just by keeping people on hold on the telephone.

I laughed my socks off when I read today’s Daily Mail. Actually according to the story they make actually over £100 million a year from getting people to call ‘Premium Rate’ telephone numbers – What shysters! And the government is telling people to tighten their belts!

“Nearly two thirds of calls fielded by government organisations were made to the higher-rate 0845 numbers, a Commons committee found. Only 40 out of the 365 customer phone lines are free to use.
Anyone who phones a government line to report the death of a spouse for tax or benefits purposes pays premium rates, while the Student Loans Company also uses the numbers, saying that doing away with them would cost it £1million in revenue.” – said the man from the Daily Mail. 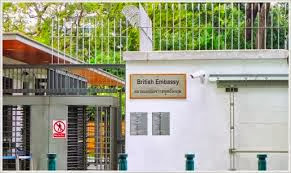 “Almost half the £56million was generated while callers were on hold, waiting to speak to advisers.

In Bangkok the British Embassy its cutting its notarial services – saying its saving the money to spend on consular matters – helping expats in trouble perhaps?  They seem to suggest Brits go to other Embassies to verify that they are retired and have a pension of £100,000 a year.
The sooner Montenegro sets up shop here the better!
But then of course acting in accordance with British Government policy they could go even better.
They could replace the staff in the Embassy gate house, who are always sending people elsewhere for no reason, with a coin activated machine.  They could also put a coin machine on the revolving steel strutted door.

Their ticket machines which give you a queue number could be made to operate on 50 baht notes (maybe 100)  and they could include a swear box in each interview room.
They could make a fortune from their telephone answer services by installing credit card applications (1) Press 100 baht if this is a visa matter.
(2) Press 500 baht if this is an emergency consular call and is a matter of life and death  (3) Press 1 million baht for the unadultered truth from our climate change officer (4) for Overseas Aid etc.
TOT is already making a fortune from those Embassy calls that do not connect with anyone.

But even when you get through you will be advised something along the lines (1) Please go to our website for information on your problem.  They are working from a script – just like Bangkok’s boiler room boys.

I used to be alarmed about Visa agencies – but now reading all the Appendices the FCO put out to deal with every visa problem and the language they are couched in – I believe they are an absolute necessity. God knows how much you lose when you tick the wrong box. 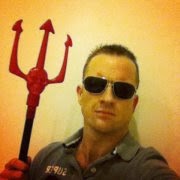 They could reduce their staff. If foreign correspondents in Bangkok have been decimated by say 9 out of 10, then think of the Foreign Office potential savings. The whole operation could be run by six guys and gals with IPADs and Mac laptops. They could reduce the spooks to two. One to call up ex Premier Anand and the other to call Andrew MacGregor Marshall. Don’t be fooled. Its nothing like ‘Strike Back!’.

No Embassies are. But their ability to spy on their own citizens can be first rate. How come everybody else but the authorities knew that for instance Gore Vidal was sodomising under aged boys in Bangkok for years?

Like the Canadians the the ‘New Brits’ could live in a high rise with shared security and for all that meeting the British public stuff they could open a few True type stores and fill them full with dollies in Union Jack tops and pleated mini-skirts providing all the services they charge for – which I guess is all the services  – unless you are of course Prince Andrew visiting Thailand on a ‘trade and trick’ trip.

Dealing with the British Embassy can be a little like dealing with a voice controlled elevator as in the video skit below. The glory days have gone forever. They have bunkered down and you’re not going to break them with a bangalore torpedo.