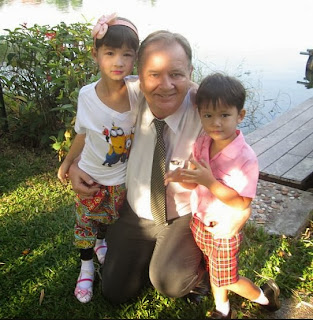 Just as the protesters are doing today I am taking a break
for the King’s Birthday which of course is also Father’s Day in Thailand.

This
is the time when the kids prostrate themselves in front of you, tell you they
will love you forever and thank you for your words of wisdom over the last year – which
in my case has been usually ‘Get off my IPhone’.
These are moments to be cherished because they certainly won’t
be doing that as teenagers in Britain.
On the way back from school we went to a ‘Bouncy Castle’ but
the kids called me off after half an hour and now we are home and I am doing
their homework.
We are now waiting to see what will happen after the King’s
Birthday Celebrations and which course the country will take.  But here on this site:
COMING SOON 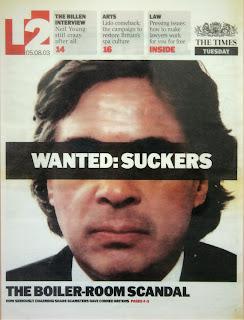 THE GREAT  BANGKOK
BOILER ROOM FRAUDSTER FIASCO – WHAT WENT WRONG?
How a supposedly carefully orchestrated crackdown on boiler rooms in Bangkok totally fouled up – thanks to the people charged with financial enforcement. 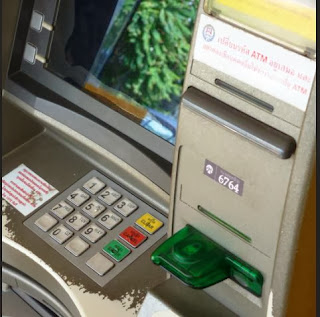 Just how many ways can you get skimmed – and will Thai banks pay if you are? 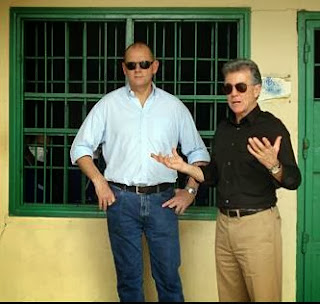 Just how global is the war on child sexual abusers and are short cuts taken by agencies trumpeting their success. 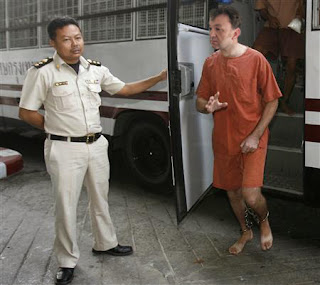 We will also taking another look at international Scottish conman
and fake lawyer Brian Goudie, who claims he is now issuing writs against this
site from Surin, Udon Thani, Chiang Mai, Bangkok and Koh Samui – with further
cases expected in Phuket and Nakhon Si Thammarat.
And we will explain why former Prisoner E0000274 is so upset about the photo-shopped picture on the left and look at his dodgy companies.

ITS A LONG LONG WAY TO LEGAL TRIUMPH BUT MY HEART’S STILL THERE!

Falsely arrested Brit who was 'beaten and jailed'

March 23, 2009 Andrew Comments Off on Falsely arrested Brit who was 'beaten and jailed'