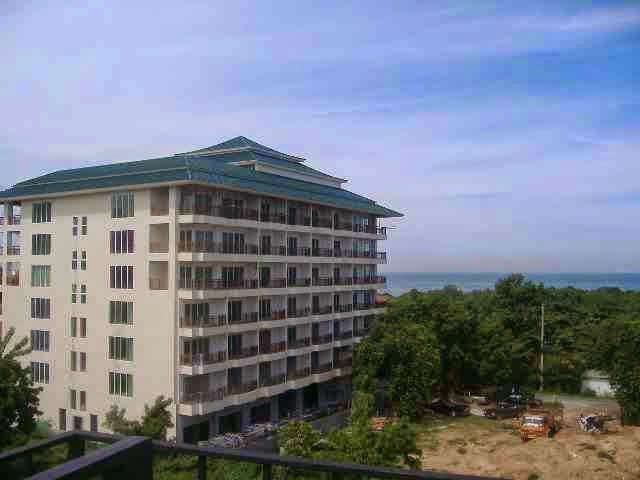 Two more Britons were awarded the title deeds of their condominiums in Thailand today as judges ruled on a scam by the property company Harlequin, run locally by former video store owner from the British Midlands.

Paul Rose and Maxine Warhurst won their case at the Pattaya Provincial court, following on the victories of Britons Nelesh Mistry and Devshi Kerai.

All had bought luxury condominiums in Emerald Palace, Pattaya, only to find that the property company which actually owned the property had mortgaged all the units to Thailand’s Kasikorn Bank, a Vice President of which subsequently had a condo to himself.

The court decision came after an exposé on this site and subsequent campaign by British journalist Andrew Drummond (owner of this site) and the legal cases were managed by our fearless Kanokrat Nimsamoot Booth, with lawyer Soavalux Pongam.

At the centre of the controversy was Briton Richard Haughton, who in Pattaya reached the heady heights of being President of the Pattaya-Jomtien Rotary Club.  He started Harlequin (Thailand) in a fanfare of publicity with United Kingdom Harlequin Property supremo David Ames offering the condos as retirement homes and as sure fire investments.

But most of their projects for which they took money never even got off plan. And people buying from Haughton, who broke away and started TPME Co Ltd, Thai Property and Media Exhibitions, did not know that the company they were paying did not even own the properties.

Cheques were paid in the name Harlequin and TPME – but the company which actually owned the property was called Headland Holdings, and run by a Thai woman and two of Haughton’s subordinates Nicholas Pearce and Paul Salisbury.

Paul Rose and Maxine Warhurst, had actually been allocated units at Emerald Palace and had paid for them outright.

The Thai legal company Limcharoen, which is ironically on the British Embassy list of lawyers, told the buyers that if they did not pay off Headland’s bank loan they had little chance of getting ownership.

By this time the board of Headland has been taken over by Limcharoen – who of course should have sued Haughton and TPME – but did not – presumably because TPME like Harlequin was little more than collected hot air.

Meanwhile people who bought from the British, Essex based Harlequin company, are trying to find out what happened with some £600 million they had paid for retirement homes in the Caribbean, on islands like St. Vincent.

BBC Panorama wanted to know too. But the BBC’s investigation was suspended after a producer was accused of offering a bribe (actually a job at the BBC) to one of Harlequin’s security advisors. 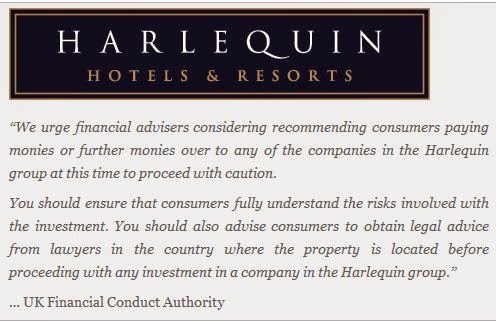 Judgment is also expected to be made in favour of another Briton, Michael Connor, next month. All the cases were taken under Thailand’s Consumer laws.

Civil cases are also being backed by the same team for those who did not qualify under Consumer law, either because they were buying to rent, or had not yet paid the full deposit.

As readers will know championing those who have been cheated in Thailand, often by their fellow countrymen, can be an expensive business. I have been fighting and winning in the Thai courts but of course I do not have a bottomless bucket of cash.

Donations from supporters have seriously kept me out of jail, not because I have been guilty of anything, but because I have had to fight to fight and on occasion pay bail. (Bail has already been returned in two cases that were fought and won). These people, who include of course as readers will know two fake lawyers, have made no secret that they are trying to drain me of cash until I throw in the towel.  That is not going to happen.   But the bucket is empty at the moment so please if you can, support with a donation, however small, it would be most appreciated.

I have to fight these cases, bring up three great kids, and also try and earn a living as a journalist. You can donate through the paypal button on this site, or message me and I can give you a local account.

Finally there are still some people who paid outright for condominiums at Emerald Palace but were not even allocated a unit including a few in the video below. They should contact this site.

* No offence intended to the Panorama team which I have worked with in the past and whom I might be working for at present.