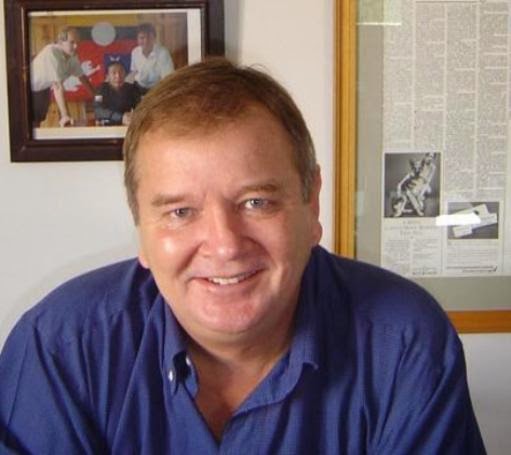 The British Government has supported moves by the Foreign Correspondents Club of Thailand calling on the Thai authorities to review ‘frivolous’ criminal defamation cases brought against a veteran British foreign correspondent, who has been investigating foreign crime in Thailand.

Jonathan Head described the cases as ‘frivolous’ and that Drummond’s case was clear cut example of people misusing the court system to prohibit freedom of the press.

A meeting has also taken place with senior officials of the Thai Supreme and Appeals Courts attended by the FCCT President. Part of the problem identified was poor policing of foreign fraudsters in Thailand.

Andrew Drummond has been sued in multiple cases by several foreign ‘businessmen’ – two who have posed falsely as lawyers in Thailand – whom he says make a living out of cheating other foreigners.

Two of the three have been sentenced to jail for criminal convictions of dishonesty and a third, says Drummond, was a former brothel owner in Australia, who was arrested in Thailand in an operation by the Department of Special Investigation against racketeering in Pattaya.

Drummond has successfully fought off all but one case over the last three years  – and is appealing that decision.

So far, he says, he has been lucky that supporters of his website www.andrew-drummond.com  have contributed generously towards defence funds.

The Thai court system does not award costs if cases are brought maliciously and without any substance.  It is incumbent upon the defendant to pay lawyers to bring cases to get his costs back and damages.  And enforcing court monetary orders can be problematic.

“The Foreign Correspondents’ Club is giving its support to journalist Andrew Drummond in his efforts to get a series of criminal defamation cases against him reviewed by the Thai authorities.

The number of cases filed by the same litigants, or people connected to them, strongly suggests  they are using Thailand’s criminal defamation law to try to stop Mr. Drummond from carrying out his legitimate role as a journalist.

Mr. Drummond has been required by these cases to make repeated bail payments and court appearances in different locations. The questionable backgrounds of the people who have filed these cases should offer sufficient grounds for the Thai authorities to review the cases.

“The FCCT has already expressed its concern over Mr. Drummond’s situation with the Ministry of Foreign Affairs. Our position on Mr. Drummond is also supported by the British Embassy.

Misuse of the criminal defamation law to prevent a journalist from working would be a serious infringement of media freedom in Thailand, and the FCCT urges the Thai authorities to investigate the cases against Mr. Drummond.”

The Committee to Protect Journalists issued the following statement last year: “We stand beside reporter Andrew Drummond whose investigative journalism is renowned for shining uncomfortable lights in some of Thailand’s darkest places. We strongly support the right to report without fear of reprisal and categorically condemn the threat of imprisonment he now faces.”


Andrew Drummond is a former Fleet Street staffer who moved to Asia over 20 years ago. He formerly worked for the broadsheet News of the World (which he left during the Wapping dispute in 1986), Daily Mail, and Evening Standard and was a founder member of the Observer Film Company having covered SE Asia for the paper’s Foreign Desk. He has written,produced and investigated a number of documentaries for the BBC, Channel 4, and ITV networks. He currently spcecialises in transnational crime. He is single father who lives in Bangkok with his three children and nanny. His recent reports on the murders on the Thai island of Koh Tao have pushed his investigations website to over 1 million page views a month.


A journalist’s fight against foreign crooks in Thailand