Boiler Rooms
November 29, 2014August 13, 2018 Andrew 1384 Views A Place To Be Killed, How Not To Get Murdered in Thailand, I hate Thailand, Thailand - Deadliest Destination min read 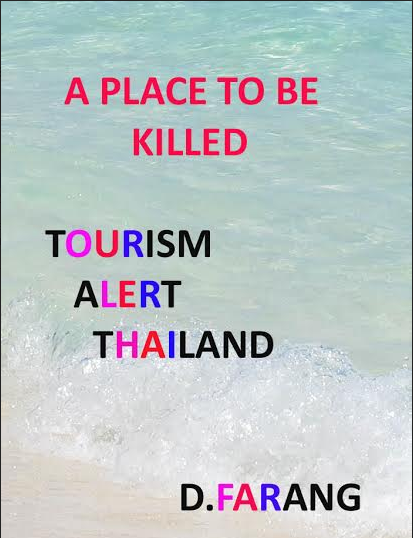 As if the latest revelations around the arrests of core figures in the Royal Thai Police for corruption and the palace connection is not depressing enough for Thailand it seems there is no end to authors revealing their ‘truth’ about the country.


Looking at the state of Lt-General Pongpat Chayapan, the former head of the Central Bureau in pictures in the local press it is not hard to imagine what might have been happening to him and despite his massive alleged crimes involving bribery and corruption nobody is going to cry ‘human rights’.

Now, as this drama plays itself out, more and more books are coming out written about Thailand’s dark side.

Following the publication of ‘How not to get murdered in Thailand’ by Andrew Gardner, and ‘Thailand Deadliest Destination’ by Australian author John Stapleton, we now have Thailand ‘A Place to be Killed’ by D. Farang.  Well obviously his name is not Farang as he’s a regular visitor from Canada with a Thai wife I guess he thinks it best not to put his real name to it.

Anyway ‘A Place To Be Killed’ is of course jam packed with deaths of foreigners in Thailand from road traffic crashes to suicides and of course those murders. The author claims that some 10 in 24,000 Brits coming to Thailand never return home alive.

Or rather he asks that if you filled a football stadium every match with 24,000 people and you knew that ten people would die in every match – would you still go and follow your favourite team? Well obviously not if they are playing like Man U at the moment. 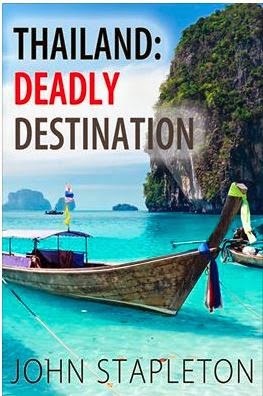 All these books are of course, say the authors, published in the public interest…on the basis ‘if we can save one life it will be worth it.’ Here’s a bit of the Amazon spiel for the latest book.

A tourist dies in Thailand every single day, and for Australians in particular, “The Land of Smiles” (which becomes an oxymoron for the victim’s families) is the deadliest destination of them all. British subjects also die of unnatural causes with alarming frequency in the country, in almost every way imaginable.

In 2013 I decided to write about WHY so many tourists die tragically in Thailand of unnatural causes (including several people I knew).

I wanted to get the word out – on the nature of a number of key tourist fatality factors, so people can learn the truth about what’s really happening in Thailand. 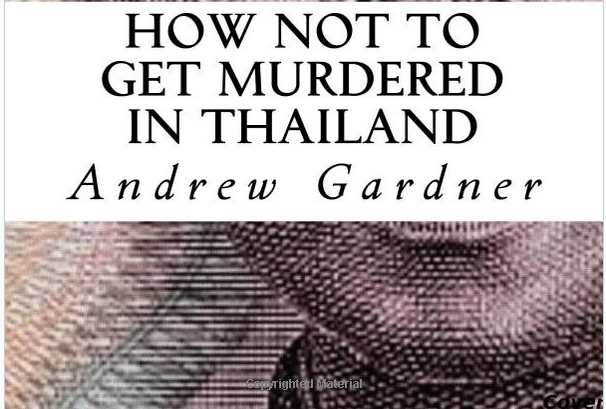 For those readers that may be deciding to travel to the Kingdom for the first time, fore-warned is fore-armed! When even one visitor is potentially at risk, safety information should be shared and stories should be told. In the end however, it’s up to the personal behavior choices a tourist makes in the country.

When a visitor chooses higher levels of risk-behaviors in Thailand as compared to in their country of origin, disaster too frequently follows. The majority get away unscathed, but many don’t, hence this book.

It could be your own son, daughter, niece or friend that’s going to the country (or you) soon, so advise them to read this book, and also “Thailand – Deadly Destination,” by John Stapleton.

It seems the ‘I hate Thailand’ video which is in fact a state sponsored gimmick to advertising the Thai core values of hospitality, has a lot of competition.

IS THAI TOURIST AUTHORITY RUNNING ‘ I HATE THAILAND’ VIDEO UP THE FLAGPOLE?

November 21, 2014 Andrew Comments Off on IS THAI TOURIST AUTHORITY RUNNING ‘ I HATE THAILAND’ VIDEO UP THE FLAGPOLE?