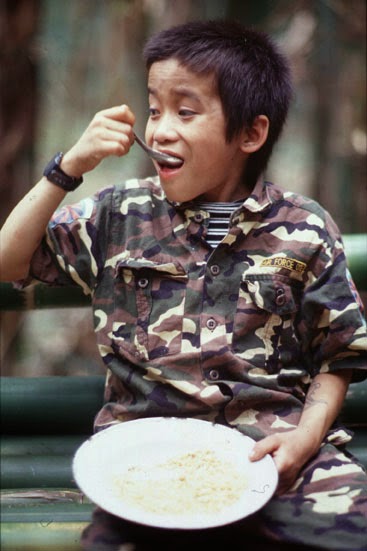 The question over the use of child soldiers in the conflict of Southern Thailand has raised its head again – this time in a 17 page report by Child Soldiers International. The report today is linked below.

Child soldiers have existed for decades if not hundreds of years in this region from kids, some very brutal in the Khmer Rouge to kids in the Karen National Liberation Army and other Burmese ethnic minorities.

The conflict in southern Thailand is perhaps one of Thailand’s most embarrassing internal political issues with attempts at appeasement failing as well as a hard line approach taken by some Thai Prime Ministers.

In any case where the majority are ruled by a minority the only way to solve the issue is to give the majority their right of self determination.

It has not happened yet on any scale – but southern Thailand’s insurgency could develop into a much more critical level.

Nevertheless the troubles have so far taken some 6000 lives in the last ten years.

Children as young as 14 have been recruited and used by the Barisan Revolusi Nasional Melayu Patani (BRN) and other armed groups operating in southern Thailand, research by Child Soldiers International and the Cross Cultural Foundation shows.

The research was conducted in nine districts in the southern provinces of Pattani, Yala, Narathiwat and Songkhla between September 2013 and April 2014. Detailed interviews were conducted with 26 former and current members of armed groups, at least 13 of whom were recruited below the age of 18. 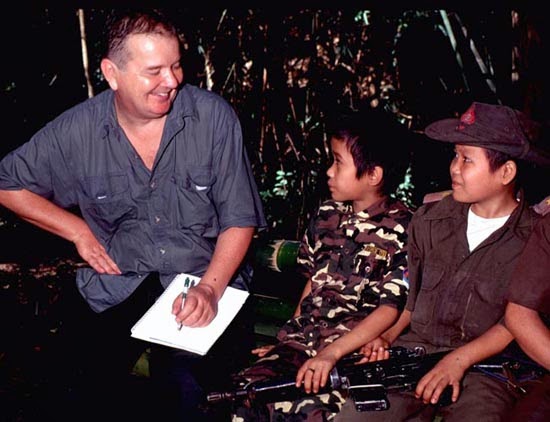 The 17-page report details patterns of children being recruited into the BRN for diverse roles which include: working as lookouts to gather intelligence on state security forces; engaging in the use of firearms or in active combat during insurgent operations; and performing other support roles as informers. The number of children recruited and used by armed groups in Southern Thailand is not known. Both girls and boys are known to be recruited.

Armed groups and forces have obligations under international law to stop, prohibit and prevent the recruitment of children or their use in hostilities.

Thailand is also a party to the Optional Protocol to the Convention on the Rights of the Child on the involvement of children in armed conflict (OPAC) which prohibits government forces and non-state armed groups from recruiting and using children in hostilities.

The report includes urgent recommendations to the armed groups and the Thai Government in order to protect children from recruitment and use by armed groups in the south.