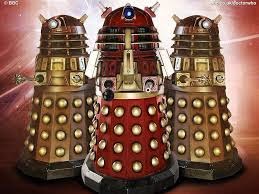 Drew Walter Noyes who has screamed and shrieked his way through a number of court cases in Thailand before finally being convicted of extortion along with his common-law-wife has now removed his name from directors list of all his companies – save for his One Stop Service Center in Pattaya.

His common-law-wife Wanrapa Boonsu with whom he actually does not spend large amounts of time, except when dealing with the four children they have together, has however hit the big time.

Wanrapa Boonsu, who was also found guilty of attempting to extort Michael Goulet of the Thonglor Clinic , Jomtien, out of 7 million Thai baht on pain of a raid by the Crime Suppression Division (now 80 per cent ‘cleansed’ after word from the Palace) and bad publicity in her and Noyes’ Pattaya Times has now registered the Big Time Entertainment Company at 249/1-2 M.12 in Nongprue (Pattaya).

The two directors are Wanrapa Boonsu and, no not Drew, but Richard Phillip Burk. Richard Burk is the former manager of Coco’s restaurant in Pattaya and one time owner and GM of the Amor Restaurant. Recently he has been between jobs.

Although Drew and Wanrapa have been entertaining people here for years the actual business of the company will be a restaurant. Richard now describes himself on Linkedin as General Manager of the Athena Restaurant and Club.

He has in his time been Front Office manager of the Regent Hotel in Hong Kong and Resident Manager of the Pattaya Dusit Thani.

The Athena appears to be the pay-off to Wanrapa for many years of lying on Drew’s behalf and taking the extortion rap with him.

The Athena as promoted by staff at One Stop as the ‘Athena Gentels Men’ club (sic) in Jomtien Soi 12.  Gentlemen clubs in Pattaya are of course not places where real gentlemen go. There are rooms upstairs but I heard to get round Thailand’s severe anti-prostitution laws (irony here) Noyes had a seperate entrace constructed for the rooms.  That way it cannot be described as a brothel.

However to my knowledge this place has yet to open as I am sure I would have been invited to the ‘soft’. The premises are tastefully decorated (tasteful for a fake lawyer that is) with plastic statutes of Greek gods.

Wanrapa Boonsu, aka Kung, has also registered the company Nanogene to 448/M.12, Nongprue. Followers of the BBC children’s television series ‘Dr. Who’ will know of course that clouds of Nanogenes were used by the Daleks to make Dalek puppets out of humans so there is no telling what she has in mind.

Nanogene is registered to sell wholesale pharmaceuticals and medical goods. I did not realise she had a pharmacy degree.

Perhaps she will need the nanogenes to influence the courts in the case of her one time rival ‘Naam’ from the Buffalo, Pattaya, who has taken court action, presumably on Noyes instructions, over an article on this site which stated that young women could be bought out of the Buffalo bar for dalliances, and that ‘Naam’ was Noyes’ mia noi.

Naam was of course last year elected to be secretary of the Lions Club of Silom, Branch 310D, while Noyes was elected President.

Photographs of course more than suggest that Noyes and Naam’s relationship was more than platonic.

When Noyes took Naam to the United States a couple of years back Kung was beside herself and hence her relationship with the fake lawyer became platonic. 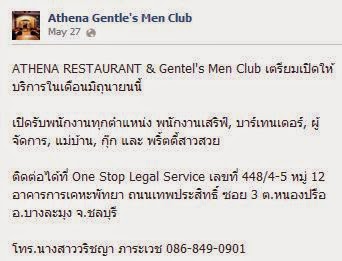 Meanwhile Noyes is under pressure from people he seems to have upset along the way who are making not very strongly veiled accusations about the age of a young Thai woman and the daughter of his former driver, through whom he fathered a baby many years ago – and who does not appear to be on the list of children (He has eight others in Thailand) he wishes to take back to the United States.

Andrew Drummond, owner of this site, has taken counter action against Noyes and Boonsu for bringing false libel and computer crime act charges against him at Pattaya Provincial Court.