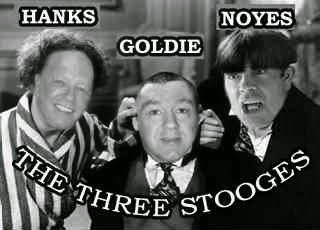 Just to keep you up to date with our infamous con men, known as the Three Stooges, it appears that Drew Noyes, the fake American lawyer, Brian Goudie, the fake British barrister, and David Hanks, the former Melbourne pimp, who all got together to fight this website, have broken ranks.

Brian Goudie has gone to ground with an arrest warrant out against him – and somebody has put up a 50,000 baht reward for his whereabouts leading to his arrest.

David Hanks has hopped it to Australia, but has promised to be back before the end of this month in time for his trial on racketeering charges in Pattaya 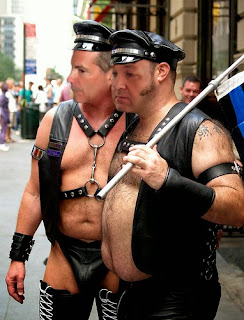 He turned up at Pattaya court to prosecute and declined to be the first witness in a Computer Crime Act case against the alleged owner of the former SubZeroSiam website.

The website used a picture with Noyes photo-shopped showing him as if he were taking part in a gay parade.

He declined to be the first witness, however he did provide many unrecorded (as he was not giving evidence) theatrical outbursts.

My favourite was him saying how his 14-year-old son had come home from school one day in tears because one of the pupils had seen the story on SubZeroSiam (It closed down at least a year ago) which, he said, he suggested he was gay.

Considering Noyes boasted that he ran the biggest gay magazine in Thailand, Thailand Spice, with two chaps called Wayne Watson and Phil Grahame  his son appears to be rather delicate and Noyes seems to be obsessively homophobic.

Still; that may have been why Thailand Spice bombed along with the Pattaya Times.

I’m not sure how many Thai schoolboys read SubZeroSiam, but a rough guess would be zero.

If he uses this line I suspect the defendant might want to pursue where else exactly Noyes’ has put his penis in Pattaya.
That could certainly drag the case on.

Or how shocked was his son was to wake up and read that his father had just been sentenced to two years for extortion.

*The 50,000 baht offer was made by a reader here. I’ll be happy to pass on any messages. Discretion assured.