Three programmes have crashed over the last month at the Foreign Correspondents Club of Thailand – or rather they have been cancelled at the orders of the current Thai military government.


The latest a few hours ago was to have been a presentation by Human Rights Watch on the ill-treatment of the Montagnards of Vietnam and the persecution of people for their religious beliefs. 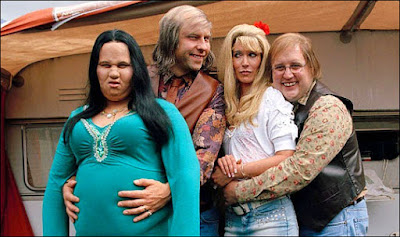 This is the FCCT statement:

” The Foreign Correspondents’ Club of Thailand (FCCT) received a written order from the Royal Thai Police at 10.34am on Friday 26 June, issued on behalf of the National Council for Peace and Order (NCPO), to cancel a press conference by US-based Human Rights Watch (HRW) for the release of its new report “Persecuting “Evil Way” Religion: Abuses against Montagnards in Vietnam.”

The FCCT complied with the written request, which was also sent to HRW.

The HRW press conference was not an FCCT programme, but one of numerous outside bookings of the club premises each month that are accepted as a service to the international media based in Thailand, local media, the club’s membership, the diplomatic and business communities, students and others.

From the perspective of the FCCT, it was a routine press event and part of any normally functioning media environment.

HRW has issued numerous reports at the FCCT in the past, including one the previous night on the plight of the Moken minority in Myanmar and Thailand. The release of reports with no particular connection to Thailand, such as the one on the Vietnam’s Montagnards cancelled today, reflects the significant foreign media presence in Thailand covering Southeast Asia, nothing more.

The situation of the Montagnards in Vietnam is a subject of legitimate international public interest. The report has been released on the HRW website.”

The other cancelled events were a discussion on Lèse majesté, and a planned presentation by the Thai Lawyers for Human Rights, which was critical of the government.

The reason the Thai Police, who were carrying out government orders, wanted the programme stopped was that it  “could have an impact on the country’s security or could affect the friendship and cooperation between Thailand and Vietnam”. 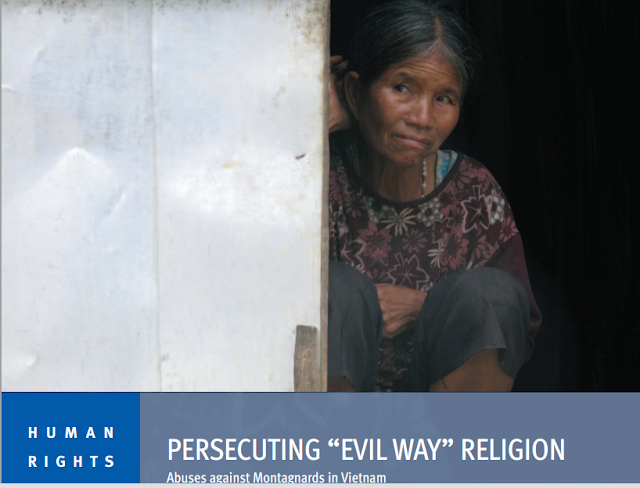 ‘More than a dozen plainclothes and uniformed police officers were waiting outside the club, along with a police truck parked nearby’, the Guardian reported online.

This could confuse people in Thailand who are being told that their country is free providing people do not anything to upset public order.

There has to be some soul searching going on at the FCCT which is a shadow of its former self since a mass exodus of foreign correspondents created by the IT revolution.

There are people who may believe that the FCCT should have put up a stand. But that seems a bit like asking the committee ‘Who is going to jail first?’. I am sure the President believes that his commitment to report for the BBC takes precedence.

And the club is a business. It has to make money. It makes cash from such events and programmes it puts on itself. Either way it loses. And nobody is going to fall on his sword.

When things like this happen in Thailand there is however an understandable ‘who the fuck is Alice’ vibe coming from the international media, with the exception of publications like the Guardian.

The more Thailand drags itself back into the past the more it is regarded as a curious backwater, known for its beaches, sex tourism, feral attitude to public safety and justice, hospitality, crimes against tourists, Full Moon parties, and  from where  the fragrant Tingtong Macadangdang hails.

Nevertheless being blocked or banned by the Thai government, and, albeit reluctantly by the FCCT, still does have its attraction, Organisations a bit short of publicity should be queuing up to present an evening at the FCCT with something in the title of their report which will irritate the Thai military.

With the military led government stopping a programme critical of Vietnam that should not be so hard. 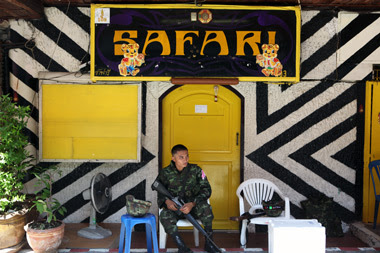 A talk by Drew Noyes on ‘My 17 years in service of His Majesty the King’ should be quite okay though.

Already the Hanoi Press Club and Foreign Correspondents Club in Phnom Penh are primarily business ventures with very little do to with the international media, perhaps its time the FCCT join them.

The ‘Safari Bar’ where a lot of journalists, and diplomats even, turned up to meet when I first arrived in Thailand is not however nowadays a serious venue.