Fresh after damning reports of Thailand’s murderous treatment of foreign labour in the fishing industry, the human trafficking of Rohingya refugees, and ill treatment of Burmese in the pineapple industry a Swedish watch dog groups have now published a scathing attack on how Thai hoteliers treat Burmese workers. 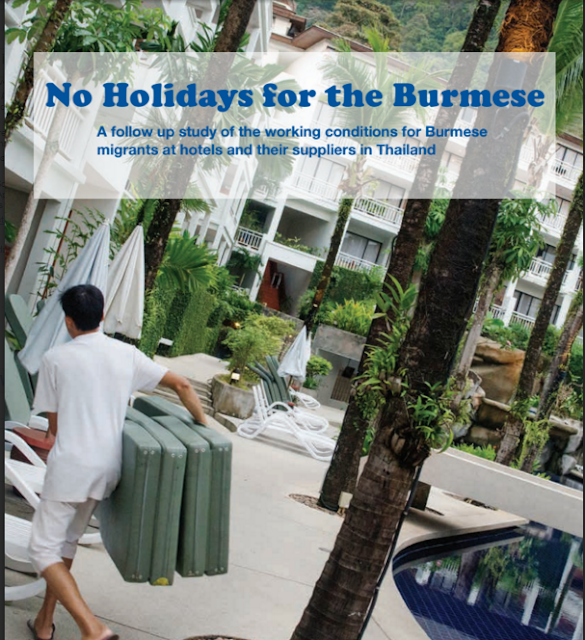 In a report, which in many ways mirrors the report by Finn Watch on conditions in the pineapple processing industry featuring Natural Fruit researchers present a picture of an almost contemptible treatment of Burmese workers in hotels in Phuket. 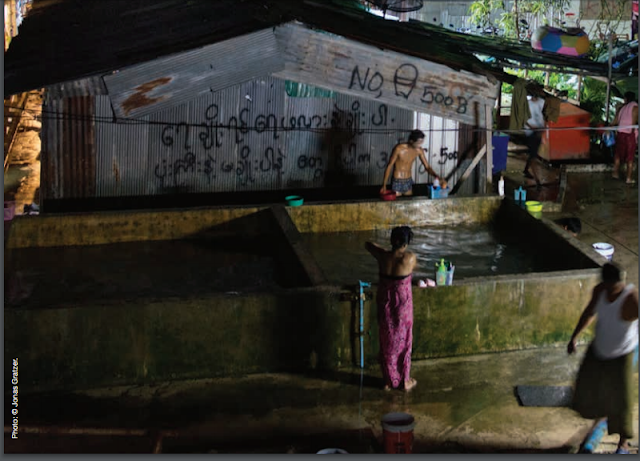 And the reports calls on the TUI, REWE and Ving holiday groups to take action. In Sweden these groups own the country’s leading travel companies. Rewe owns Apollo, TUI owns Fritidresor and Ving owns Thomas Cook.

Similarly in the UK Tui owns Thomson Holidays (soon to be phased out) REWE owns Kuoni UK, and Ving of course is part of the Thomas Cook group which includes the Condor Airline. Though British formed and based Thomas Cook is now predominantly German owned. 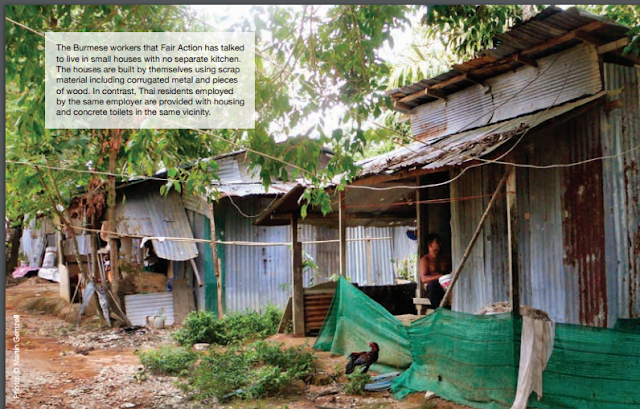 The report does not name the seven hotels on which the report is based but people reading it might come to the conclusion that the Thai bosses acted in a racist manner and regarded the Burmese as an inferior people.

That staff for instance were given brick built accommodtion with running water while Burmese had to build their own huts out of waste wood and corrugated iron.

The report can be read at this link. But below is their press statement.


Laundry workers who clean the Swedish tourists’ bed sheets in Thailand work 17 hour shifts. The fresh bread at the breakfast buffet is baked by workers who have not had vacation in a year. These are some of the results from Fair Action and Schyst resande’s (Fair Travel network) report “No Holidays for the Burmese.”

In the study, it is also clear that the tour operators have not taken action to hinder the illegally low wages of hotel housekeepers and waiters, although the problem has been known since 2012.

This winter, about 300 000 Swedes will go to Thailand for vacation. The tour operators promise luxurious pool areas, pure white beaches and relaxation for the whole family in the “land of smiles”. But behind the scenes at the hotels in Thailand, a different reality is found: Wages below the statutory minimum wage, discrimination and no paid leave is everyday life for Burmese migrants.

The seven hotels concerned are used by Apollo (REWE Group), Fritidsresor (TUI Group) and Ving (Thomas Cook Group). Half of the 18 hotel workers that Fair Action and Schyst resande interviewed state that their salary is lower than the minimum wage, making it difficult to support their families. In addition, 15 of them do not get the leave they are entitled to. In contrast to the workers’ stories, the tour operators claim that they have checked the salary levels at several hotels in Thailand, and found no deviations from the stipulated minimum wage.

– We highlighted the issue of illegally low wages in Thai hotels already in 2012. However, the tour operators have not taken their responsibility, says Amanda Söderlund, author of the report at Fair Action. She also states that the companies’ lack of action is a violation of the UN Guiding Principles.
Fair Action and Schyst resande have also talked to employees of companies that wash linen and supply food to the hotels.

Out of the eleven interviewed Burmese who work for the hotel suppliers, nine earn less than the minimum wage, despite extremely long working hours. In a laundry, employees describe how they work 17-19 hours per day during peak season with only two days off per month and no vacation, although this is illegal according to Thai law.

– I have never been on leave. The boss told us clearly that we were not allowed to take any leave, says a worker who has been employed for more than two years in a meat-processing unit that supplies the hotels with meat.

Based on the findings in the report, Schyst resande and Fair Action recommend the tour operators to ensure that the hotels comply with Thai legislation regarding wages, working hours and leave, and to prevent discrimination of Burmese workers. Apollo, Fritidsresor and Ving should also investigate the working conditions at the hotels’ suppliers, and address abuses. In addition, the tour operators should promote freedom of association, so that the employees themselves can demand improvements of working conditions.

COMMENT: Customarily Thailand intially issued blanket denials when reports like this come out. Quite often they over-react, particularly in the case of Natural Fruit, where one of the researchers Briton Andy Hall faces multiple charges of criminal libel and computer crime libel for the alleged damage the report did. Thailand as a rule does not suffer criticism well, whether it is justified or not but the government has been forced to act on human trafficking, conditions in the fishing industry, and more recently its flight safety procedures. The action Thailand takes, like its response, can often be cosmetic only. The country has problems emulating progress in other parts of the world and these have been increased under the current military regime.


All photos and illustrations from the Fair Travel/Fair Action Report