HOWARD MILLER CALLS IT A DAY – 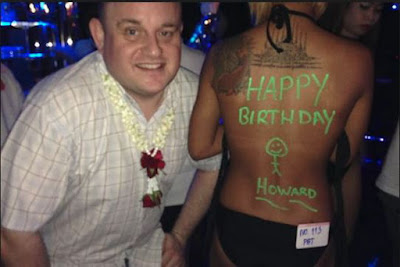 Thailand’s most famous Foreign Tourist Policeman – and former Honorary British Consul Howard Miller has announced he has returned home to Britain after selling up his assets.

Howard Miller, who shot to mild fame after featuring over and over again in the controversial television series: ‘Big Trouble in Tourist Thailand’ has thanked his friends and told them it was time go to – but he had ‘had a blast’, he said.

From Southend-on-Sea Miller took up residence in the Thai resort of Pattaya 14 years ago, at about the same time a close friend started up ‘Secrets A-Go-Go’.

He became Group Leader of the Tourist Police Volunteer Assistants and was able to get along with Thais and foreigners alike and was used to anchor threads on the fly on the wall series which aired on Bravo and Sky in the UK and in other countries around the world.

The series caused some controversy particularly after it exposed scams in Thailand, notably a jet ski scam in Phuket and a gold scam in Pattaya.  Miller however steered Pattaya out of the worst controversy but the film producers were more than happy with the continuing flow of ‘idiots abroad’ – in this case Brits.

He was shortly afterwards taken on as Britain’s Honorary Consul, a post he held until the Foreign Office decide to revamp the post – reportedly the consular department’s busiest,  to his disliking.

He bounced back quickly into the limelight with his continuing interest in his media outlet ‘Pattaya City News’,  which had morphed into Pattaya One, and by going into the  ‘go-go’ bar and property businesses.

With the nature of go-go bars being what they are and I guess expecting the headline ‘Her Majesty’s Vice Consul! ‘ in a red top newspaper back home, he duly sent this site photographs of himself and his co-owners in his first go-go bar venture in ‘Little Britain’ – an enclave in Pattaya known for characters similar to ‘Lou and Andy’ from the British television series. 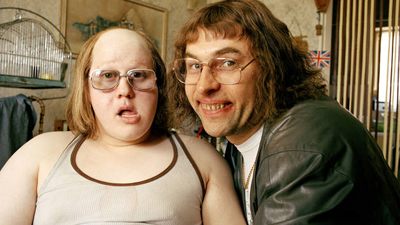 In a farewell note sent from Suvarnabhumi airport Bangkok and published on the Teakdoor Forum Howard states:


“After 14 years in Thailand I am now returning to the UK to pursue new interests.

This may come as a surprise to some but I wanted to leave quietly with no fuss. I do not regret my years in Thailand and have thoroughly enjoyed my Thai experience and will miss good friends I have made, but the time is right for me to move on after successfully liquidating all my assets.

New challenges lay ahead for me and I am sure it will not be plain sailing but I am ready for the move and looking forward to it.

I wish everyone I have met over the years in Thailand the very best for the future and the new team in place at Pattaya One will definitely take the brand from strength to strength and exciting times are ahead for Pattaya’s leading news service.

* Pattaya is currently buzzing with the ‘news’ that the military have are planning take over the city’s administration next month.

COUP NEWS – HAVE ROYAL THAI NAVY MOVED IN TO CLEAN UP SEX RESORT?

May 23, 2014 Andrew Comments Off on COUP NEWS – HAVE ROYAL THAI NAVY MOVED IN TO CLEAN UP SEX RESORT?