A man with an identical name to Richard Ian Silver- the foreigner behind CW Assets property group on Thailand’s eastern seaboard – has had warrants of arrest issued against him in the United States in connection with property fraud. 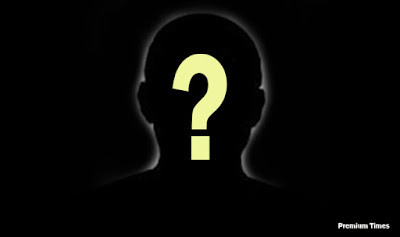 While operating a company called the ‘American Home Buyers Association’, together with John Robert Young, a Richard Ian Silver were accused of false advertising and collecting advance fees for home buying, and also credit repair services, that were not delivered.

This dates back to February 1998 when a warrant of arrest was issued in West Los Angeles, California, according to Deputy City Atty. P. Greg Parham.  Young was arrested in Pasadena, but Silver, who then had an address in Venice, became a fugitive.

At the same time Silver and Young were also wanted in Arizona on similar charges.

Ian Silver was the man behind publication called ‘Pattaya Info’ and the westerner behind the CW Assets property group, which took multi millions of baht for projects such as Abatalay Condominium, Bang Saray Ocean View Condominium, and Bay View Condo.

But prior to that he was accused of running away with millions of baht from buyers on a project called Royal View Talay which he put on the market in September 2007.

To this day many people are still seeking their cash back. 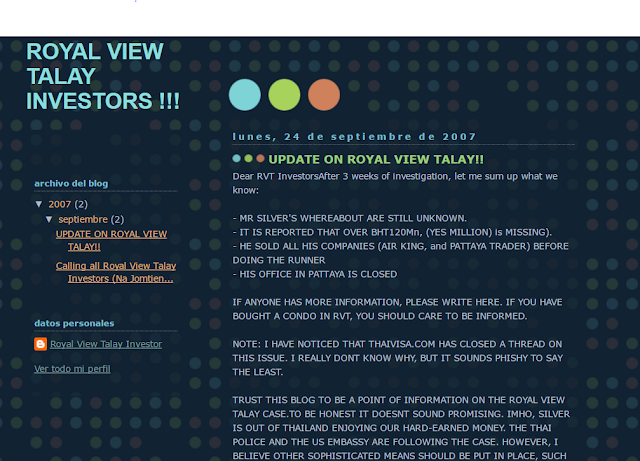 However despite a claim that Thai police and the US Embassy were following the case – nothing happened.

In Arizona more detail is in the public domain of the Richard Ian Silver involved in the home buyers fraud.

The company advertised itself as an alternative mortgage provider that could help low-income wage earners or individuals with a bad credit profile get a home loan.”

“The homebuyer would fill out an application, pay application fees (up to a month’s salary) and were told to look for a home they wanted. Once the house was located, Community homebuyers promised either to obtain financing for the buyers or purchase the home and sell it to the individual.

Many individuals paid a $100 application fee and others paid an additional fee ranging from $500 to $4,000 dollars.

None of the victims ever received a house or a refund. In July 1997, Short opened Nationwide Home buyers where he allegedly continued the same practices until April 1998.

At least seven individuals fell victim to his scam where, again, no homes or refunds ever materialized.”

If convicted in the US, each faces up to 12-1/2 years in prison for the fraud charges and 8-3/4 years for theft, added the state’s Attorney General. (Sources LA Times and Savingtownsquare.com).

After we revealed on this site that an ‘Ian Silver’ was receiving money in his PayPal account from condo buyers  in CW Assets his partner Imorn Luekhamharn denied the PayPal records and but later announced that Richard Richie known to us as Richard Ian Silver had been dismissed from the company.

That of course never happened, according to buyers.

His name was however removed from the company records of CW Assets when he owned slightly half the company.

Richard or Richie is still the man who deals with customers and his sales team, albeit often from the end of a phone or email.

He also keeps all the passwords of his staff’s email accounts and speaks sends message and emails to customers posing as members of his sales team.

Imorn at the time claimed to have a BA in Marketing and was studying a Masters Degree in Education, or rather the person writing in her name did. Her English is limited and she is referred to buyers as a country girl or former employee in the entertainment industry a ‘little rough around the edges’.

Articles written by her as a property guru and published in property magazines are local newspapers are believed to have been written as Silver, as even her spoken English is quite basic.

Richard Ian Silver is known about town in Pattaya and can be occasionally seen at the ‘Baccarat’ bottomless bar in Pattaya’s Walking Street, which on last checking was 50 per cent owned by Bangkok boiler room boys. 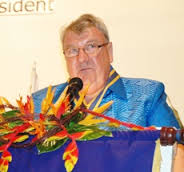 He is known to have had a relationship with Richard Haughton, who pulled off the Emerald Palace scam, selling units in Emerald Palace condo in Pattaya and then hawking all the deeds to the Kasikorn Bank for a 70 million baht bank loan.

But the relationship did not develop into any business deals.  At the time Silver described himself an American professor of economics.

If you have a picture of him. Please send it in. 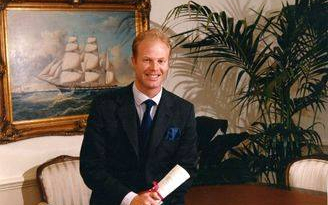 January 9, 2019 Andrew Comments Off on BRITISH LAWYER WAS ‘MURDERED’ AND CLEANED OUT OF MILLIONS ON PHUKET – claim