In the land where people must a worship an ageing monarch with a predilection for skimpy tops and apparently stick-on Alice in Wonderland tattoos, who has a personal fortune topping US$90 billion, it’s comforting to know that corruption continues unabated and only the uniforms have changed. 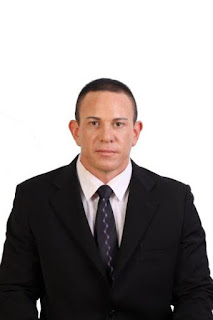 Today I have been listening to a hilarious recording of police in Pattaya trying to shake down Thailand’s famous ‘sex tourist’ Mark Berchowitz for 50,000 baht (£1,140). Mark is the boss of the ‘Green Gazette’ which online publishes all public notices of the South African government, who has been on an extended leave of absence in the fleshpots of south east Asia.

Mark is an unashamed lover of Asian prostitutes and dislike for Thai police and last night he called me from Makati in Manila, on his way to the notorious Angeles City.  He had only just made it to the Philippines.

Mark has been in the courts for years, mainly for accusing Thai police of corruption. A few years back when two Pattaya girls suddenly increased their price from the agreed fee, he took their ID cards and went to the police station to complain about this Thai form of ‘gazumping’.

As this was not playing ‘Pattaya Cricket’ he was duly charged with ‘robbery by night’ and being in Thailand without a visa.

Despite that he clearly had a visa and the robbery charge was invalid because he took the ID cards to police, the case went to court, cost him more than 200,000 baht in fees, and he was acquitted.  In fact, his acquittal was the only surprise in this case, as its Pattaya Court we are dealing with here.

But I think even the judge was slightly embarrassed at the thought of this one going to appeal.

I am not quite sure if he has a bi-polar medical condition but Berchowitz always refers to himself in the third person. As ‘Mark did this. Mark did that’.

But, whatever; he has been singled out by Pattaya police for their attention and keeps getting stopped on his motor-cycle on suspicion of drink driving. He is a teetotaller. 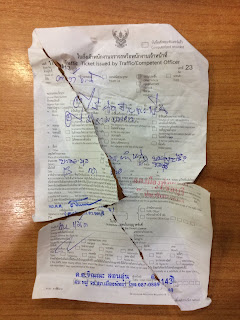 Last week however they got him for riding a bike without a number plate.

The number plate had either fallen off or been nicked. But in any case, he had a valid licence and documentation to show what his licence number was and that a new one had been applied for.

Mark of course kicked up a storm as the policeman wrote out a ticket. This, of course, resulted in the demand that he accompanied police back to the station and ditch his attractive pillion passenger who returned to her bar with a ‘See you later darling’.

Once at the Pattaya Police station the financial bar was of course raised and he was accused of insulting Thai police and for ripping up their ticket, for which he could expect 30 days in custody at least before a trial date was set. The negotiations are done through one of the ‘foreign Thai speaking’ police interpreters, possibly the lowest of the low on Pattaya’s steaming slag heap.

In this case it was a Belgian who insisted he was being impartial and then warned him of the consequences if he did not cough up, which is what he is paid to do.

Berchowitz did, however, see that he was in a quandary. If this dragged on he would miss his pre-planned trip to the Philippines and the ‘delights’ awaiting him there. (Though I have told him the police there are no better and may even be marginally worse).

He knew that he would have to apologise to the police for hurting their feelings by ripping up the ticket and calling it a piece of shit.

His phone recording was still running as he goes off to the ATM at the police station and gets his cash and receipt. He stopped to text the motorcycle hire company, which is responsible for the number plate and a woman called ‘Chompu’ duly arrived to help with negotiations.

Mark apologised, asking for each officer’s name so he could address them personally, and then returned to the bar to pick up his girl and was, he reports, delighted to see that she was still waiting for him.  Now there’s loyalty..and a lot easier negotiation.