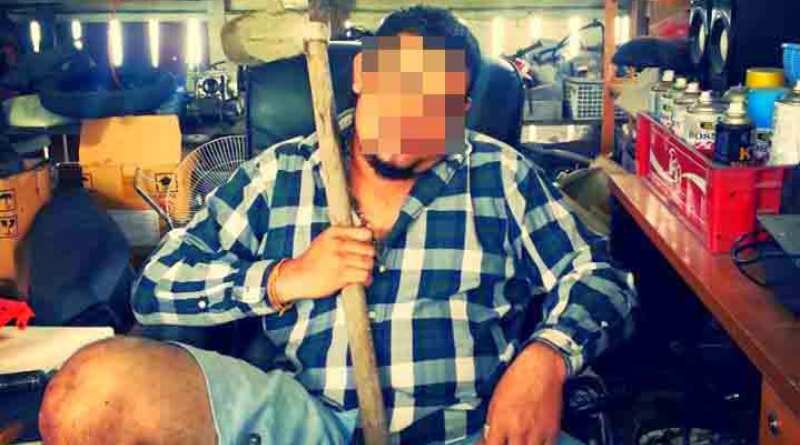 NOT ON THE EVIDENCE OF THIS STORY! 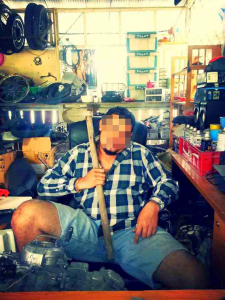 The Samui Times has used this man’s picture as the suspected rapist in an alleged rape  of a woman on the island of Koh Tao in June.

But that’s all they’ve presented and the fact that the latest victim had been drinking in his bar, well they think it’s his bar,  and an anonymous person said he was ‘ checking up on her’.

Are we all missing something?  The report was re-written by the ‘SUN’ and ‘Mail’ and ‘Star’in the U.K. none of which seemed to make any checks calls, but none used the man’s picture.

Bar staff HAVE been known to rape tourists in Thailand but is this the new reporting?  FAIL – especially when there ARE skeletons in the cupboard.

The Samui Times, which has been conducting a campaign against the Thai island of Koh Tao, where its absentee founder claims she married into the island mafia while working at a dive resort, has surpassed itself this week with a report of another rape on the island. 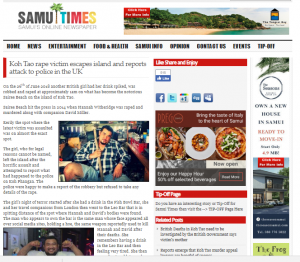 But perhaps not so much as the London Sun, Mail and Daily Star, which copied its report without any checking, presumably because the words ‘Koh Tao, rape, and Hannah Witheridge’ were contained in the same report.

I’m afraid I would have great difficulty defending the tabloids for publishing this story in an era where they  are coming under greater and greater scrutiny while spending less and less cash on news gathering.

The Samui Times reported on Tuesday that a British woman had been raped on the island after having her drink spiked yards away from where Hannah Witheridge was raped and both she and David Miller were murdered with a hoe.

Later the story appears to contradict itself stating: “Sadly the family of the latest victim also got nowhere with the local police who only suggested she handed the T-shirt containing the DNA evidence over to them, instead she has opted to have the case investigated from the UK.”

This alleged rape happened after the woman had been drinking in the Leo Bar and Goldfish Bowl, reported the Samui Times. There is no age or even county given for the women, but presumably she’s from London as the Samui Times suggest witnesses should get in touch with the Met Police as she has given them the T-shirt or of course the Editor of the Samui Times (who seems to need a lot more info).

It seems apparent that no medical test was ever done making the task rather more difficult for the Yard. that is, even if they had the powers to conduct an investigation, which they do not.

But the Samui Times reports: ‘The man who appears to own the bar is the same man whose face appeared all over social media sites, holding a hoe, the same weapon reportedly used to kill Hannah and David after their deaths.’

And the news site prints a picture of the man holding a hoe adding:

“One of her friends has reported seeing the man checking up on her as she left the bar.”

Checking up on her? What does this mean? I hazzard a guess that many people are giving others the ‘once over’ in these beach bars. 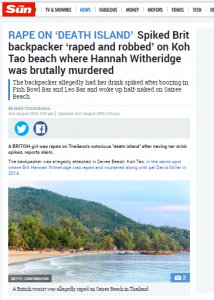 When I see reports of this nature in the Samui Times I tend to ignore them. This is not because I think that Koh Tao and islands in the Samui Archipelago are not dangerous places.

They can be very dangerous if you do not have your wits about you, especially under the influence of alcohol and drugs.

There is little concept of health and safety.

A female tourist could easily be raped by a bar worker and has happened before and which has been reported here – twice in Krabi province. Given the history of rapes on the islands, they should be the first suspects.

Further I support the parents whose children have died on the island and their campaign in the U.K.

Indeed, from its past record I have little regard for the Thai police’s investigations into the rapes of foreigners.

But to carry a story with no attributable sources almost directly accusing someone of rape only because he was one of many caught distastefully posing with a hoe after the Miller-Witheridge murders seems quite beyond belief.  Unless in this new style of journalism you present the facts later.

And for the SUN and Mail in the UK to re-write the story clearly without checking, even with Scotland Yard is a very unfortunate sign of the times. Its quite possible that if they contacted the Press Bureau at the Yard nobody would know what they were talking about and they would be referred directly back to Thai police, or, maybe the Samui Times.

The tabloids did not however copy the stuff about the guy with the hoe.

So, let’s see if the the Samui Times provides the evidence.

After all there were lots of pictures on the net with locals playing with hoes after the terrible murders in 2014.

Perhaps I can help them. This bar has been in trouble before.  Surely the Samui Times must know about it.  Not only have there been cases of pack attacks been reported on Facebook but legal action has been taken against this particular man as well the owner of the Leo bar.

Foreigners have been hospitalised. Those involved in the pack attacks have included the the bar’s ‘fire dancers’ who put on displays for tourists, before, apparently beating them up.

The man in the picture with the hoes does not own the bar. But he does merit further investigation. Does he have a history of sexual attacks? Indeed and most importantly if the victim saw him walking away does she confirm it was him?

It is of course understandable that she should walk away from a Thai police rape investigation. History has shown they have been numbing, humiliating experiences despite the hundreds of thousands of dollars spent by the law enforcement agencies of the UK, Australia, the United States, on educational course on how to deal with sexual abuse cases. 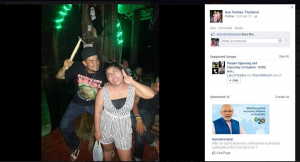 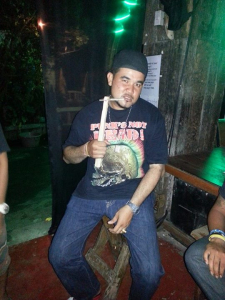 Will the tabloids soon be copying news off the ‘Pattaya People’ , ‘Hua Hin Today’ . Thank God the ‘Pattaya Times’ took a dive.

*She can be named but not if she says no. And not in a court case unless she agrees afterwards.

4 thoughts on “IS THIS THE FACE OF THE KOH TAO RAPIST?”