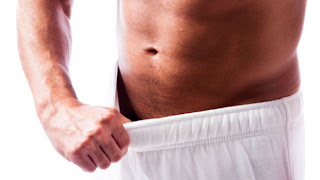 -Exclusive to Guardian readers only though, where a plethora of penile amputations in Thailand has all got something to do with schadenfreude- zzzzzzz!

Sometimes I love the Guardian – or Manchester Guardian as I prefer to call it. I have written for it many times, more so in the distant past before my Observer days.


It desperately needs to get some racier stuff in between its sheets but cannot unless of course it takes a more academic approach.

So my attention was drawn to a story this week headed ‘Why Thai women cut of their husband’s penises’.

I mean most men would be attracted to a headline like that, even though the Sun could have done it better.  I read on……..nothing.

The writer Marc Abrahams, whom I am guessing  has been circumcised, refers to a research paper dated 1983 and called Surgical Management of an Epidemic of Penile Amputatons in Siam.  Well that’s not exactly new. Is the Guardian just catching up?

So what did I learn?

“It became fashionable in the decade after 1970 for the humiliated Thai wife to wait until her [philandering] husband fell asleep so that she could quickly sever his penis with a kitchen knife.

“A traditional Thai home is elevated on pilings and the windows are open to allow for ventilation. The area under the house is the home of the family pigs, chickens, and ducks.
“Thus, it is quite usual that an amputated penis is tossed out of an open window, where it may be captured by a duck.”

Well nothing new there. Its followed by:

The report explains, for readers in other countries: “The Thai saying, ‘I better get home or the ducks will have something to eat,’ is therefore a common joke and immediately understood at all levels of society”.

Well there’s an attempt at humour replicated by the Guardian and to be honest I do not think this is a particularly common joke.

The Guardian article then points to another paper headed ‘Factor Associated with Penile Amputation in Thailand’ and this is published by the journal Nursing Connections in 1988!

And what does that tell us?

“In each case, three things had happened during the week prior to dismemberment: (1) a financial crisis; (2) “ingestion of drugs or alcohol by the husband immediately prior to the event; and (3) public humiliation of the wife owing to the presence of a second ‘wife’ or concubine”.

Duh! Again no surprises. And that’s it. That is the gist of the whole article. To learn more you have to click on the links where you will be presented with a bill starting at US$31.

But the clincher comes in the last paragraph.

Marc Abrahams is editor of the bimonthly Annals of Improbable Research and organiser of the Ig Nobel prize.

Ah – that’s the joke. The Editor of the bimonthly Annals of Improbable Research is having one over on the Guardian even though its not April 1st.. His research has not included clicking on the links and getting out his credit card.

As for the schadenfreude bit – sorry you’ll have to pay for that too.

But well done Marc- Great One! Despite your title the editors never saw you coming and that your charge for research was improbable as will be your expenses. Neither apparently have readers of Thai Visa dot com where they have already started to argue with one another.

Old Etonian Takes Thailand On A Ticket Of Ethics & Principals

December 15, 2008 Andrew Comments Off on Old Etonian Takes Thailand On A Ticket Of Ethics & Principals

'Can I Have My Ring Back' Asks Fleeing Child Abuser -Updated

June 24, 2010 Andrew Comments Off on 'Can I Have My Ring Back' Asks Fleeing Child Abuser -Updated

April 2, 2009 Andrew Comments Off on Sailing Friends To Hold Service For Brit Murdered