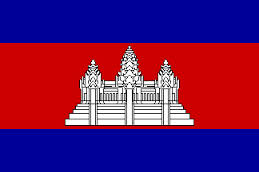 So who did win the recent Cambodian National elections? This report just released by Human Rights Watch accuses the ruling government of fraud.


Now lets sit back and wait for the chorus of protests from other ASEAN governments….and wait…and wait.

(New York, July 31, 2013) – The ruling Cambodian People’s Party (CPP) appears to have been involved in electoral fraud in Cambodia’s July 28, 2013 national elections, according to residents and ruling party officials interviewed by Human Rights Watch. All allegations of election fraud and other irregularities, including bias in the election machinery, should be promptly investigated by an independent commission.

The CPP-controlled National Election Commission (NEC) released preliminary results showing that the ruling party won 68 seats and the opposition Cambodian National Reconciliation Party (CNRP) won 55. Based on the same results, the CPP won approximately 49 percent of the national vote, while the CNRP won approximately 44 percent. The opposition has claimed widespread fraud and called for the creation of an independent expert body that includes the United Nations and nongovernmental groups to examine the results and address irregularities.

“Senior ruling party officials appear to have been involved in issuing fake election documents and fraudulently registering voters in multiple provinces,” said Brad Adams, Asia director at Human Rights Watch. “And people from the party seem to have been turning up in places where they clearly don’t live and insisting on voting – not to mention the many other claims of fraud around the country.”

A CPP village chief, who asked for anonymity to protect his security, gave Human Rights Watch an insider’s account of how ruling party authorities in his district engaged in electoral fraud by issuing fraudulent “Identity Certificates for Elections” (ICE) before the July 28 elections. The certificates allow people whose names appear on voter registration lists to vote even though they otherwise lack proper identification documents.

The village chief, whose local CPP superiors worked under instructions from a CPP Center-Level Work Team headed by an army general and a CPP Central Committee member, told Human Rights Watch that his immediate party superiors directly oversaw the illegal issuance of certificates. He explained that a member of the general’s team gave the instructions to issue certificates in the names of villagers who were on the voter registration rolls but were known either to be dead or to have long left their original homes.

The work team member allegedly arranged for soldiers and their wives from an army division stationed in the province to be photographed for certificates. These were then issued by CPP commune and Interior Ministry officials, who allegedly conspired in the scheme to falsely certify these soldiers and their wives as local residents eligible to vote in the commune where these officials were responsible for voter registration. One media report, which is consistent with other accounts, recounted villager descriptions of army-organized voting by thousands of soldiers shipped across provincial boundaries in military vehicles to vote in parts of Siem Reap province where none of them had ever been seen before.

“Issuing hundreds of thousands of fake identity certificates was allegedly one of several key ways the ruling party organized large scale election fraud,” Adams said. “Now, a CPP village chief has confirmed that this happened in his area.”

In another case, villagers in Kandal province, adjacent to the capital, Phnom Penh, described to Human Rights Watch efforts by senior CPP officials to vote in more than one place. When confronted by local residents, the party officials threatened them with arrest and later returned and made death threats.

Numerous residents of Koki Thom commune in Kandal interviewed by Human Rights Watch said that on election day, Ngo Sovan, whose business card states that he is “minister delegate attached to the prime minister” and specifies that he is a secretary of state at the Ministry of Justice, arrived in their commune to vote. He was accompanied by other members of the party’s grassroots strengthening team assigned to the area, as well as by Heng Seksa, whose card says he is a “deputy secretary-general of the Royal Cambodian Government,” and an entourage of dozens of government officials from Phnom Penh.

Ngo Sovan’s team included several national level civil servants. According to the national voter registration list compiled from official data on the National Election Committee website and examined by Human Rights Watch, Ngo Sovan was registered to vote in three places. The first (voter registration number R-1424108) is at his known residence in Phnom Penh, where he is a prominent figure and resident, according to local residents Human Rights Watch interviewed.

Villagers told Human Rights Watch that members of the entourage threatened them with arrest during the confrontation over whether the group’s members would be allowed to vote. After polls closed, a contingent of “flying tiger” motorcycle police arrived in the area. Villagers told Human Rights Watch that the police said they were looking for “ringleaders” of the “disturbances” that had occurred when the ruling party group’s voter registration was challenged.

The morning after the elections, some members of the group reappeared in the village along with others, including one armed man in civilian clothes, who attempted to identify and apprehend an alleged “ringleader.” Two witnesses told Human Rights Watch that members of the group threatened to kill villagers who refused to provide information on the whereabouts of the alleged ringleader, whom the group also vowed to kill and who has gone into hiding.

“The multiple voting scheme suggests the possibility of systematic election fraud by the CPP and raises serious questions about the credibility of the election,” Adams said. “Since the National Election Committee and local election commissions are under the ruling party’s control, influential governments and donors should demand independent investigations into these and other credible allegations of election related irregularities. Without this, it’s hard to see how Cambodian voters can have confidence in the legitimacy of the elections and the new government that results.”

January 6, 2014 Andrew Comments Off on ‘THE JOKER’ IN CHILD SEX PURCHASE RIDDLE