More strange happenings are occurring around the home of
British scientist Dr. Wyn Ellis who is under an Anti-Corruption Commission
witness protection programme.


Following a bombarbment of death threats he has now been
getting demands for money to reveal the mastermind. Well you have to hand it to
local opportunistic business practices.

I am not sure that this Witness Protection Programme however
is all its cracked up to be.
On 27 August Dr Ellis noticed a white Honda Accord crawling
towards his front gate. The car came to a stop briefly right in front of the
gate, but no one alighted to ring the bell. After a few minutes, the car did a
U-turn and retraced its steps, crawling past the house, back towards the
guardhouse.
On checking with the guard, it turned out that the driver
had correctly given Dr Ellis’ house number, and driven directly there.
Now here’s the sting. The car had false registration plates
but the driver actually handed in his real ID card to the guard on the
gate.  Yes, this is quite fantastically
unbelieveable. And he turned out to be a senior military officer!

Now I know from days with the ‘Queens Own Highlanders’ and  the old Part II Orders that the importance of
shape, shine, shadow, surface, silhouette and movement, are vital in
concealing yourself from your enemies.  I
also know that in the book that it does not state that if you want your
identity to remain a secret you do not hand over your passport, business card,
or anything that can identify you…but did it need to? 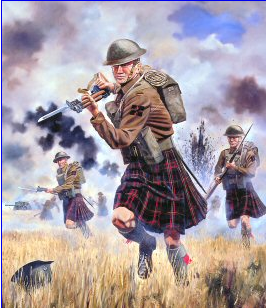 The driver’s ID card belonged to a senior Army medical
doctor attached to the Supreme Command, with responsibility for ‘security’.
Dr Ellis asked, “What was this well-known Army officer – and
we know his name- doing loitering around my front gate, peering into my garden?
I’d never heard of this person and although I certainly have no business with
him, he obviously had some business with me.
“He knew my address, my house
number, yet he didn’t even get out of his car to ring the bell.  If he really has something to discuss, I
would encourage him to come forward and talk. But in light of recent events,
you just put two and two together.”
Dr Ellis has been having problems after winning a long
series of libel cases brought against him by Thailand’s Director of the
National Innovation Agency, Supachai Lorlowhakarn.  Supachai had his PhD stripped and was found
guilty of forgery, after copying Dr. Ellis’ work for his own degree.
The actions have been expensive and Dr. Ellis wants Supachai brought to account as he still remains director of the NIA.  Plus ca change.

He added: “Whilst I have no evidence of Supachai’s involvement in the
crude and not very innovative tactics over the past months, whoever is behind
them has only succeeded in strengthening my determination to see Supachai
brought to account in the courts, by the Ombudsman, the Budget Bureau and the
National Anti-Corruption Commission. NIA hasn’t had a functioning full Board
for a year or more, and I expect the Ministry of Science will continue to
protect him at any cost.”

The British Embassy has expressed concerns to the Thai Ministry of Foreign Affairs over Dr. Ellis’ safety.

October 4, 2011 Andrew Comments Off on EXPOSED – HOW AN AMERICAN BUSINESSMAN SOLD GOVT HOMES FOR THE POOR IN THAILAND