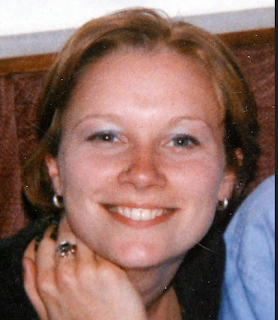 Sue Jones the mother of Kirsty Jones, the 23-year-old gap year student who was murdered and raped in Chiang Mai 13 years ago appears to have come to a dead end in seeking closure on one of Thailand’s most controversial crime cases involving a foreigner.

Two days ago at a demonstration organised by the Support for Victims of Murder and Manslaughter Abroad along with others she criticised the Foreign Office saying it could do more to help the families of those killed.
She had tried through the Freedom of Information Act to get the FCO to release files and communiqués after the incident.
Her request was refused apparently, she said, because it could damage Anglo-Thai relations.
Sue said: “The Foreign Office needs to concentrate more on actually helping the families that have lost their loved ones – rather than being so concerned about diplomatic relations.
“At the end of the day your child or your loved one in a UK citizen and they have their UK rights. I find it so frustrating that when something happens them abroad, because of diplomacy they tend not to want to do anything and that is very, very difficult to understand.
“The Foreign Office needs to re-think the way we deal with things when people are lost or murdered or die abroad.” – (Source ITV Wales)
While it is quite clear that there were things going on behind the scenes – at one time a British diplomat was quoted as saying the investigation was ‘shambolic’ (later denied) – and the FCO might not want things to come out – Whitehall mandarins could easily have pulled another excuse out of the hat.
“We do not release material pertaining to operational enquiries’.
That’s technically true, but how operational the enquiry is, one has to leave up to the imagination.
The presumably ‘off the record’ shambolic quote was likely made (er if it was actually made – the FCO has no choice but to deny) after a series of perfect ‘shambolic’ moments.
Police dragged a series of foreigners down to the lock-up in Chiang Mai. An Australian who wailed on camera ‘I cannot believe this is happening to me.’ Another Aussie backpacker who had been sent on holiday to Thailand to get away from the Aussie drugs scene (He must have found himself in seventh heaven) and finally the guest house owner Andy Gill, then 32, a rich kid and former public schoolboy, whose dad lived in Andorra.
Dyfed-Powys Police – Kirsty Jones comes from Tredomen, Brecon, Dyfed-Powys – were quick on the scene and seeking to help Chiang Mai Police with their investigation.
But they arrived long after the crime scene was trampled over by all sorts of police, journalists, and I guess probably members of the public, because I was not asked for any ID myself when I went into Kirsty’s room the day after (I did not touch anything but I guess my footprints might have been left).
They arrived too late for the kidnap of a Karen tour guide Narong who was taken from his hill-trekking group while returning to Chiang Mai in a songteow, put in a safe house and tortured for his confession.
Ostensibly he gave me an exclusive interview about it – which I filed for the Sunday Times – actually the Thai media brought me too him. They could not run the interview, they said, until it was published abroad. Then they could report it as ‘What the foreign press is saying’.
Similarly evidence that two people had been seen lurking outside the guest house around the time of her murder and one of them was a Thai policeman called Tony, also came from the Thai press during a meeting with them at the Mae Ping Hotel in Chiang Mai. They could not run with it, they said again.
I passed this on to Chief Superintendent Steve Wilkins and his number two Steve Hughson. This caused a little storm when I later released it as a news story which was later given a little top spin by the Mail on Sunday. I’m not so sure the Chiang Mai police read the Mail on Sunday but this certainly put Dyfed-Powys ill at ease.
Meanwhile Chiang Mai Police decided that Andy Gill had done it and his accomplice was Surin, his guest house manager, who was a former monk was known to ride around Chiang Mai hitting on foreign female tourists.
This tightly wrapped up the case despite the fact that killer’s DNA was Asian. This was easily explained at by one of Thailand’s foremost detectives  Colonel Suthep Dejraksa, who explained that quite clearly somebody had gone out and acquired some sperm, probably from a local lady boy or motorcycle taxi driver and introduced it into the crime scene.
I pooh poohed this of course on the basis of what foreigner is going to go out in the streets and ask somebody for sperm, put into a plastic bag, and then spread it over the victim?

Colonel Suthep went on to become Commissioner or Region 5 Police.

It was also ridiculed by Dyfed-Powys Police (but not in public) who said nobody could spread the sperm over the crime scene in that way (i.e. as in ejaculation).
Eventually Gill was let off because not even the courts would accept this. It seemed apparent that he had to pay someone because his father sent him some £12,000 – and I obtained a copy of the bank transfer.  I am afraid this was a ‘Life on Mars’ type action which had it happened today and a complaint had been made, it would have seen me up before the Leveson enquiry.
The enquiry dragged on for years and was eventually handed over to the DSI.  It was universally felt that Chiang Mai Police must be too close to the scene. Were they covering up for a person of influence – several names had been suggested to me?
In the meantime I had Tony the policeman DNA tested. He was also well known in Chiang Mai for hitting on foreign women, particularly at a disco at the Pornping Hotel. I had seen him there myself.
But when the results came back from the lab Thailand’s DNA expert told me it was negative. “But we know who he is? “ His DNA had already been taken by Thai Police. I had it seems underestimated them.
Then over the last couple of years another witness came forward. He was an Australian living in Chiang Mai who had a long and convoluted story about Tony and Tony’s best friend – a University professor in Chiang Mai.
Some of his story seemed plausible. He certainly knew Tony well. I passed the info on through the Serious Organised Crime Agency to Dyfed-Powys and Thai police were asked to DNA test the professor, who refused.
This might have led people that he was guilty. This turned out not to be the case.
The problem about the Australian though, was his own problems. He had lived in Chiang Mai and come to hate Thailand. He had been ripped off by a Thai woman and put videos on YouTube describing what he thought of her.
To make matters worse behind him in the videos were insults to the ‘Royal Institution’ The Thai Police contacted the Australian Federal Police but I suspect had they actually interviewed him it would have ended in tears. As it turned out the professor finally agreed and was DNA tested and the result were negative. But the negative result only came after the first tests were botched. Dyfed-Powys Police never got back to me so I could clear up the matter quickly. It was as usual a one way arrangement.
“I only found out recently after a recent press conference held at the Plaza Athenee in Bangkok by Dyfed-Powys. The conference was a stilted affair. The new ‘super’ expressed new hope at finding the killer. Sue read from a prepared speech.  There was little deviation from the script.
Sue has said little over the years. She has told the Welsh press that meeting the press is something of an ordeal.  She has kept pretty much to the FCO and Dyfed-Powys Police script. Her recent criticisms of the FCO suggests now that maybe she is a little fed up as following their policies has not brought her any closer to closure.
Meanwhile our depressed Australian has resurfaced and is pushing his story on the forum Teakdoor.com under the name Mrajpallan. Allan is certainly his first name. He has also stated somewhere that I have pulled a story. I’m not sure what he means by that. But what you have been getting on this site is as close to the truth as I know it. If I do not use a story there is usually a good reason – but it will not be because I am scared.

Recent events, particularly the Krabi case where a father took to singing a song on YouTube ‘Evil Man in Krabi’ about the man who raped his daughter and police attempts to discredit his daughter, have reinforced the notion that in Thailand truth is expendable at the expense of image.

If somebody did actually go out in Chiang Mai to acquire sperm, then the likelihood is that this was a man who would have enough influence to make sure the supplier kept shtum…and that is unlikely to be a foreigner.