NEXT OF KIN SOUGHT BY THE MET.-

Police in Uxbridge, West London are seeking help in
connection with the death of Chris ‘Chubby Henderson’ former owner of the Dog’s
Bollocks bar in Pattaya.

They know that Henderson had a Thai wife and daughter
Chelsea but are urgently seeking help in contacting the next of kin.

Please either contact police direct on the
following email or number, or leave a message on this site and it will be passed on. 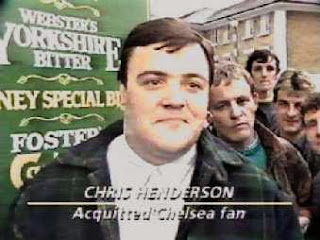 A former ‘General’ in the Chelsea Headhunters, a
football hooligan group of the 80’s, Henderson died in London last week.