American Drew Walter Noyes, former publisher of the Pattaya Times, who has variously described himself as an American lawyer, FBI approved,  adviser to the Mayor of Pattaya and of course ‘the most credible re-assuring and friendly businessmen’ is to face judgment day at Pattaya Provincial Court on October 28th.

On that day judgment will be passed on Noyes and his common law wife Wanrapa Boonsu on charges of attempting to extort the Thonglor Clinic in Jomtien out of 2.3 million baht (reduced from 7 million – this was an alleged bargain basement extortion) back in 2012.

Its alleged Noyes, 59, said that if the owners of the clinic did not pay up the clinic would be raided by police – and receive subsequent bad publicity.

Following his arrest and bailing Noyes published a series of stories in the Pattaya Times about the ‘Thonglor Clinic’ aimed it appears at trying to destroy the business.

The owners are now taking out criminal charges against him and are expected to protest bail in the event of him being found guilty and appealing the sentence.

The abrupt end to the trial came as the judge refused Noyes a long list of witnesses presumably to say what a credible re-assuring businessmen he was.  The named people were apparently not witnesses to the events surrounding the alleged extortion of Michel Goulet, the co-owner of the clinic. And the trial had already been delayed several times at the request of the defence.

At his trial it is believed that Noyes claimed his predicament was all down to a conspiracy against him by a British journalist. Reported restrictions were imposed on the trial at Noyes’ request. However a report will be issued on its conclusion.

Noyes has told friends he is ‘gonna walk’ The journalist, he says, is going to jail.

Noyes’ colleague Brian Goudie, another fake lawyer,  has already boasted on the internet that police evidence against Wanrapa Boonsu, who is alleged to have made calls to Goulet telling him to hurry up with the cash or the raid by CSD officers could not be stopped, was weak.  Hence she could be found not guilty, Goudie suggested.  They are understood not to have lived together for quite some time.

Noyes alleged in the Pattaya Times that a businessman who attended the clinic was ‘shocked’ when his facial treatment had complications. ‘The businessman suffered nerve and skin damage, and could face the need for corrective facial surgery and skin grafts in the future,’


The Pattaya Times did not of course mention the name of the businessman. He was in fact David ‘Baby Face’ Hanks, 66, former owner of the Masquerades Brothel in Keysborough, near Melbourne, who also it has been reported was also involved in a scam with Goudie and a third man to defraud American businessman Bill Monson.

Hanks, set up a company at Noyes ‘One Stop Service Center’ in Thepprasit Road, Pattaya, but the company is dormant.

Before coming to Thailand Noyes was exposed in a two page article in the Morning Star in Wilmington, North Carolina, as, to put it politely, not the man he seemed to be.  The newspaper listed allegations against him of computer and share scams, posing as a medical doctor, and even sexual harassment

He claimed to be in management of the World Fair in Knoxville Tennessee but it turned out he was just there to help a friend with a rib stand. Noyes’ activities in Pattaya on this site have been highlighted many times.

Noyes announced in his Pattaya Times newspaper two years ago that he had come to Thailand by Royal Proclamation to help the country out of the Asian economic crisis in the late 90s.  He said he worked for the Bank of Thailand and topped it off with the fact that he had been 14 years in service to His Majesty the King of Thailand.

Seven days ago Noyes changed the managing director of the Pattaya Times Media Group to be Sukhobtharpa Torpradit – a freelance interpreter to the Pattaya Provincial Court. It is unlikely this will affect any proceedings against him and Wanrapa Boonsu.

Most English language media in Pattaya has been silent on this issue. 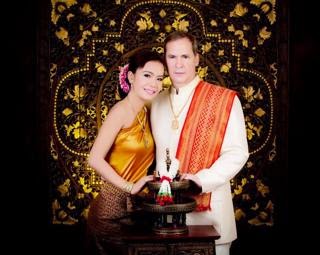 Declaration of interest: Noyes is currently suing the owner
of this site for publishing a photo shopped picture of him in a gay parade.

His friend ‘Nam’ is also suing for stating that she worked at the Buffalo Bar in Pattaya and was Noyes’ mia noi.

EXTORTIONIST FLIES OFF TO KOREA TO DO LIONS CHARITY WORK

November 12, 2014 Andrew Comments Off on EXTORTIONIST FLIES OFF TO KOREA TO DO LIONS CHARITY WORK

March 5, 2014 Andrew Comments Off on BRITISH REPORTER WOKE UP TO FIND OUT THAT HE WAS IN JAIL –