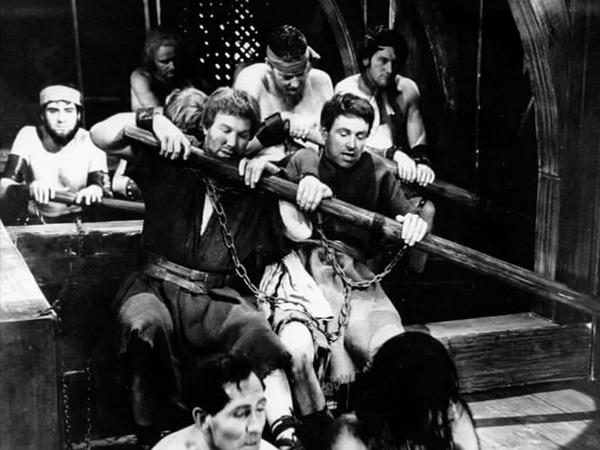 Human Rights Watch has protested a plan by Thailand’s military government to send prisoners to work in Thailand’s fishing fleet – seemingly a 21st Century resurrection of the Roman tradition of sending prisoners to the Galleys.


Working in Roman Galleys the slaves may often died in battle chained to the oars but of course, as Human Rights Watch correctly points out, that might even be a preferable death to working a fishing boat out of Samut Sakhon, where conscripted labourer sold to boat captains have been thoroughly beaten before being thrown overboard .

Seems Thailand must be running out of Burmese and Cambodian’s to work the flotillas. There have been a number of stories and television documentaries recently highlighting the conditions in Thailand’s fishing industry.

Here follows the HRW Press Release – I see the use the phrase extrajudicial killings thought for murder so they are pulling at least one punch. 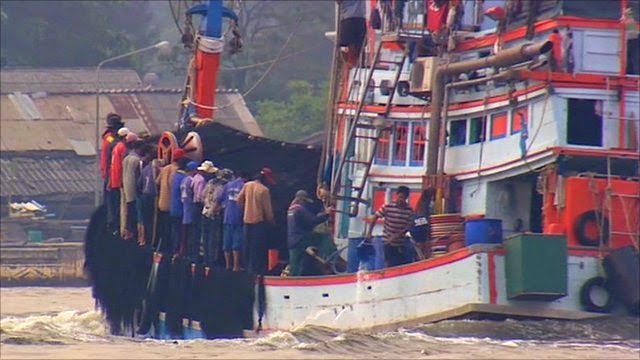 On December 4, 2014, Labor Minister Gen. Surasak Kanchanrat announced a plan to send 176 prisoners whose prison terms are up within one year, and who agree, to work on fishing boats in Samut Sakhon province, Thailand’s major fishery hub. The Labor Ministry said 2,830 male detainees in Samut Sakhon Prison are eligible to participate.

“It is dangerously irresponsible for the Labor Ministry to urge prisoners to work on board Thailand’s notoriously abusive fishing fleets,” said Brad Adams, Asia director at Human Rights Watch.

“The Labor Ministry can’t even figure out how to inspect such boats, let alone prevent hundreds of prisoners from being abused by fishing boat crews.”

Problems include widespread and systematic use of forced labor, frequent physical abuse leading in some cases to extrajudicial killings, excessive work hours ranging up to 20 hours per day, non-payment of wages, inadequate food and medical services, and dangerous working conditions causing many injuries.

Fishing boat owners and captains have regularly resisted efforts to effectively regulate conditions of work on fishing boats, while denying that abuses have occurred.

Under the United Nations Standard Minimum Rules for the Treatment of Prisoners, adopted by the UN as guidance, prison labor must be of a vocational nature, not used as punishment, and prisoners should be allowed to choose the type of work they wish to perform.

The work must not be driven by financial motives, and no prisoner should be forced to work for private entities. In addition, ILO Convention No. 29 on Forced Labor, which Thailand has ratified, states that prison labor for private entities may be only undertaken by consent of the prisoner.

A Labor Ministry spokesperson said that Surasak’s plan will be implemented in early 2015 with the aim of addressing the shortage of labor willing to work on fishing boats.

The spokesperson said that the plan aimed to reduce demands for trafficked and forced labor among Thais and migrant workers from Cambodia and Burma on fishing boats.

Thailand is the third largest exporter of seafood in the world, supplying supermarkets in Europe and North America. It has long been accused of forcing Thai, Burmese, and Cambodian fishing crews to work in dirty, dangerous and difficult conditions.

Government efforts to develop and implement policies for prevention and suppression of forced labor and serious human rights abuses in the fishery sector have been completely inadequate.

Trafficking of men and boys from Burma, Cambodia, and Thailand onto fishing boats by brokers is widespread, and many Thai government officials either turn a blind eye or are complicit in these abuses.

That report found that “Burmese, Cambodian, and Thai men are subjected to forced labor on Thai fishing boats that travel throughout Southeast Asia and beyond; some men remain at sea for up to several years, are paid very little, are expected to work 18 to 20 hours per day for seven days a week, or are threatened and physically beaten.”

The report also noted that on short-haul boats, where abuses are less common because boats return to port regularly, research in 2013 found that 17 percent of the fishermen surveyed had experienced forced labor conditions.

“Given the horrific abuses on Thailand’s fishing fleets, sending prisoners to work on these boats could amount to a death sentence,” Adams said. “The Labor Ministry’s plan threatens further serious damage to Thailand’s faltering record on human rights and human trafficking.”

‘MOVE ALONG. THERE’S NOTHING TO SEE HERE!’ THAILAND’S FISHING INDUSTRY IN 2018

January 23, 2018 Andrew Comments Off on ‘MOVE ALONG. THERE’S NOTHING TO SEE HERE!’ THAILAND’S FISHING INDUSTRY IN 2018