BEHIND THE WATER PIPES MEN’S TOILET – THE ‘CLASSROOM’ – PATTAYA 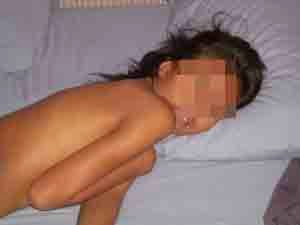 Following the last story it is quite clear that some people are not very discreet in taking care of their secrets – and when it comes to foreigners working illegally in Thailand  – as boiler room share scammers – these mistakes can be costly.

Consequently I am in possession of quite a large number of files both documents and photographs, some a little indiscreet, all legally obtained.,

Seems like a lot of these guys take their work home with them – so I am now in possession of a whole series of ‘scripts’ – what they tell punters they are when they are selling fraudulent shares, leads (well that’s obvious) and rebuttals – the answers they give when they are being caught out. Files include email numbers, phone numbers etc.

The phone numbers won’t be much good because their bosses tend to change these on a weekly basis, but a lot fits in with information already known.

The photographs unfortunately show a number of Thai girls and our man on the streets down in Pattaya has already identified two girls from Buri Ram and the bars they worked in, who appear to have been doing the rounds.

The material does not solely relate to Thailand but shows a lot of cross-over between here and the Philippines. These guys are third rate ‘Wolves of Wall Street’ but their bosses are raking it in.

It would be tempting and I had a chuckle recalling a famous ‘Monty Python’ sketch, but no. We have principals here – and these will remain on file or merely go to the appropriate authorities who may or may not be investigating. 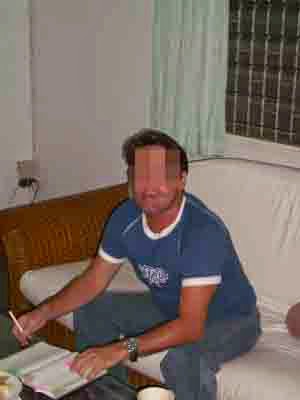 Anyway judging by the way some of these guys appear to have been brought up I do not think for a second their ‘mummies and daddies’ back home will care that they are in Thailand drinking, doing the other thing, and cheating old aged pensioners out of their savings.

And judging by the well-known establishment owners who also appear in some of the pictures, a lot of ‘farang’ society turns a blind eye too. But the same British run bars turn up with some frequency.

Its part of living in Thailand. Recently I had a conversation with a Brit called Neal who ekes out a living selling booze to among other people the boiler room operators of several bars and clubs in Bangkok.

“Why are you picking on these guys,” he asked. “Why don’t you go after….” and here he named a major bar owner in Soi Cowboy in Bangkok to whom he probably is not selling booze.

Still if you think you might be in these files and have been short changed by your bosses, or have seen the light,you can always contact this site where all information will be treated with the usual discretion.

CASE CLOSED ON BRIT WHO DIED ALLEGEDLY WHILE BEING ‘SHAKEN DOWN’ BY POLICE ‘GANGSTERS’.

November 27, 2014 Andrew Comments Off on CASE CLOSED ON BRIT WHO DIED ALLEGEDLY WHILE BEING ‘SHAKEN DOWN’ BY POLICE ‘GANGSTERS’.

British Consular Officials Snub One of OUR BOYS

April 19, 2012 Andrew Comments Off on British Consular Officials Snub One of OUR BOYS