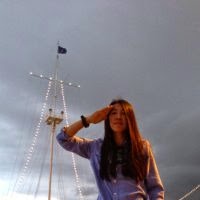 A line appears to have been drawn under the spat between the
Bangkok Post and the Columbia Journalism Review and the Bangkok Post over an
article by former reporter Justin Heifetz.
The Bangkok Post reacted angrily to an article by Heifetz
who fled the newspaper after facing the might of the Thai Admiralty after it
appears he took the mickey out of the Navy’s opening of a submarine base, er without submarines to establish ‘territorial integrity’, in a Bangkok Post article.
He took quotes he said already published in the Bangkok Post
by the newspaper’s female military correspondent  Wassana Nanuam.  She then, he claimed, denied them.  The Bangkok Post , claimed Heifetz did not
stand by their reporter (him).
This of course followed the famous case of Erika Fry who
also told a dismal tale to the Columbia Journalism Review about how the Bangkok
Post ratted on her over her exposé of the Director of Thailand’s National
Innovation Agency for plagiarizing the work of Dr. Wyn Ellis to obtain a Master’s
Degree.  The Post also ratted on Wyn
Ellis, the source for the story.
The Bangkok Post also apologized for a story I wrote and did
a deal with the plaintiff before I went on to win the criminal libel brought case
against me and the Bangkok Post (but the Post was dropped as a defendant).
The same editor, a now seemingly furious Pichai Chuensuksawadi,
wrote a furious story in the Post published below in relation to the Heifetz
piece.

On April 15, 2015, the Columbia Journalism Review (CJR)
published an article titled “Pork, bullets and the dismal state of Thai
journalism” by Justin Heifetz.

This story is riddled with flaws and is simply malicious
innuendo. We have taken the time to provide the facts on many paragraphs of
this so-called story.

It is quite clear that there is no factual basis to many of
the claims made by the writer and that he is simply taking the opportunity to
malign the Bangkok Post while using the CJR as his hapless soapbox.

To make an
analogy – if a cadet reporter joined the Wall Street Journal or The New York
Times, left after six months on the job without any proper notice, and then
submitted a libelous article about his trials and tribulations, would the CJR
be so quick to publish without verifying any of the allegations made in the
article?

What amazes us is that the editors of the CJR did not make
any effort to contact us to verify this story. To obtain comment, they instead
relied solely on the writer, who was going to write a story against this
newspaper.
If this is the standard to which the CJR adheres, then I
believe the CJR’s Board of Overseers needs to be made aware of the dismal state
of how the CJR operates.

The CJR should retract this story and issue an
official apology to the Bangkok Post, Mr. Heifetz’s former colleagues at the
newspaper and indeed, to the Thai media, many of whom do in fact take
considerable risk in the performance of their professional duties.

Failing that the CJR should publish our response unedited
and not as suggested by the CJR: “We’d like to get to the bottom of this,
and if a correction or clarification is needed, we’re glad to get Justin to
write one. Please let me know about the fact issues in writing as soon as you
can.”

In fact it was up to Heifetz to put the allegations to the
Bangkok Post and he has clearly stated that he sent the Bangkok Post a full
copy of the article for comment a week before publication and got a reply which the CJR published. The CJR responded by
making corrections of fact on points almost all of which had nothing to do with
main thrust of Heifetz’s story.  This is
reprinted below. The Editor and Publisher of the Colombia Journalism Review is Elizabeth Spayd, formerly Managing Editor of the Washington Post.
Columbia Journalism Review

EDITOR’S NOTE: The Bangkok Post has issued a sharp critique
of this story, disputing many of its assertions. As a result, CJR conducted a
broad review of Justin Heifetz’s piece, a process that has involved
conversations with more than a dozen journalists and legal experts in Thailand
and elsewhere, as well as with Heifetz. 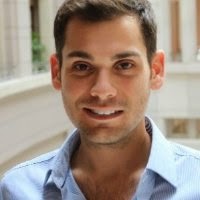 We have determined that there are
several errors of fact that require correction. In the opening anecdote, about
testing bulletproof vests on a pig carcass, Heifetz wrote: “I didn’t want to
shoot a slaughtered animal, but I had no choice.” Heifetz now says that
shooting the pig was a decision he made, and that his editor did not force him.

There is no law categorically prohibiting foreigners from being
hired as reporters (as opposed to editors), though in practice it’s rarely
done. Additionally, Heifetz’s statement that “all defamation charges in
Thailand are criminal” is incorrect.

Thai law contains penalties for civil as
well as criminal defamation, and any charge of defamation can be brought under
either civil or criminal law, at the plaintiff’s option. In some cases, the
facts are harder to judge.

Heifetz wrote that he “clashed” with another Bangkok
Post reporter, Wassana Nanuam. Heifetz now says that he and Wassana “never
spoke nor saw each other.” His use of the word “clashed,” while misleading,
reflects his view that there was tension between the two resulting from an
incident in the newsroom.

This story was written in the first person, and represents
Heifetz’s personal opinion and experience while he was an employee of the
Bangkok Post. The events he describes are open to multiple interpretations, and
it is not surprising that they have provoked strenuous disagreement.

Before
publication, Heifetz contacted the managing editor of the Bangkok Post,
Chiratas Nivatpumin, seeking his response to many of the points that the Post
has since disputed. Chiratas chose not to answer the specific claims in
Heifetz’ piece, instead responding in an email that “the Post has a different
recollection and perspective of the events in question,” which CJR included in
the piece.

Heifetz also suggested that Chiratas forward his request for comment
to reporter Wassana Nanuam, for whom Heifetz said he lacked contact
information. It is unclear whether that was ever done. In an attempt to
emphasize that this piece represents Heifetz’s opinion, we have also changed
the headline.

While CJR’s review did surface factual errors, none of them
challenged the general thrust of Heifetz’s narrative or perspective on his time
at the Bangkok Post.

So what was that all about?
Although the CJR has said it has done extensive fact checking in
Thailand I can assure them that while there are civil libel laws the practice
in general is to bring criminal libel charges (and now Computer Crime Libel
charges) before bringing civil charges.
And Pichai’s put down is priceless: ‘If a cadet reporter
joined the Wall Street Journal or The New York Times, left after six months on
the job without any proper notice, and then submitted a libelous article about
his trials and tribulations, would the CJR be so quick to publish without
verifying any of the allegations made in the article?’.
What? This supposed ‘cadet’ reporter was the main English
language writer on the investigations section of the Bangkok Post’s. Why is the
paper employing ‘cadets’ ( an Australian term I believe)? And why should a
cadet not have integrity?
A closer answer to this whole row may lie in a piece in the Asia Sentinel which profiles the high rolling Wassana Nanuam whose Facebook
features score of photos of Thailand’s  military strongman Prayuth Chan-Ocha.
Personally if any journalist wanted to take the mickey out
of the Thai Navy – then there’s their aircraft carrier down at Sattahip naval
base in eastern Thailand with no aircraft.
But has not the editor of the Bangkok Post has forgotten the
first rule. HE is responsible for everything which goes into the newspaper. Had
the story been so damaging to the Thai Navy it is the Editor’s decision to
include or not include.  It’s the Bangkok
Post which should be apologizing to the Admiral, which it may well have done in private.

But Thailand does not really work like this – as Heifezt
wrote: “The paper’s then-deputy editor forced me to apologize to the rear
admiral by phone; when I asked her why, she said she didn’t have the time to
read my article, and that it must be done. When I called the rear admiral with
my section editor, the admiral said that I could never understand what I had
done wrong, because I was a foreigner.”

I love it when editors go at each other. It reminds me of the old spats between Andrew Neil of the Sunday Times and Donald Trelford at the Observer many moons ago. Both of whom seemed, I recall, to like Asian ‘totty’.