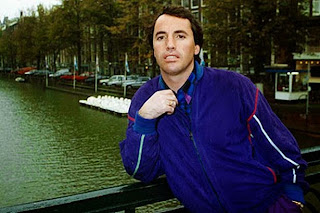 Walter ‘Whacky’ Douglas, the ‘Tartan Pimpernel’ who’s
presence on Koh Samui setting up bars and clubs was highlighted on this site
does not look like he will be returning to the Samui Archipelago although he
has made attempts to contact the authorities to see whether he could return.
‘Whacky’ I should point out has never been convicted of any
serious drugs offence,  though the
British media has listed him in the top ten of Britain’s drug barons,  and he was actually returned to the United
Kingdom for passport offences. In the not too distant past he was travelling
under someone else’s passport.
The British newspapers put up headlines on my story saying
he was taunting drug cops from his tropical paradise.  The British police while more efficient than
the Thais ar do not like jokes at their expense. They’re not all ‘laughing
policemen’.

‘Whacky’ Douglas was acquitted on appeal after being jailed
in the Netherlands  for drugs trafficking
(police apparently broke the laws in relation to surveillance) and after many
years in Marbella, Spain, and according to other reports Russia, the Balkans,
and South Africa he settled for Samui.
He would have chuckled at a recent police statement, in
relation to the murders of Hannah Witheridge and David Miller that there were ‘no
mafia here otherwise we would know’ as having mafia origins seems to be a
prerequisite for a good life in places like Pattaya, Phuket, and the Samui
archipelago.
But that’s not in the same way that once a Brit’s best
chance of getting to Australia was to commit a criminal offence – like stealing
a loaf of bread.
Whacky was not pleased at my story – although he had been
boasting whom he was loud enough around the pubs anyway.
That was maybe, I was reminded today, because he had been the
subject of at least two plans to kill him.
One was to be an attempt to kill him with a bomb in Marbella
– the second was an assassination in South Africa. However his alleged hired
assassin was killed first by someone else.
That information was later given out by the prosecutor in Eindhoven.
And the guy who commissioned the attempts was Holland’s Janus van
Wesenbeeck, an arch-narco mafia guy who apparently used to be one of Whacky’s
best friends.  Janus was nicknamed ‘Harry
Porter’ which I guess leaves Whacky as ‘Severus Snape’.
Actually considering his investments in Koh Samui and Koh
Phangan ( Now there’s an odd place for a so called drugs baron to set up shop)
I am amazed nobody had a crack at him there.
And Whacky may not be the only lucky one.  It seems that our well known fake barrister
Brian Goudie/Goldie, also from Scotland, who boasted he was Whacky’s mate – was
more than just that.
Checking through various records it appears that one of
Goudie’s original Samui property companies had the same telephone number
as  Whacky’s ‘Dreamers Club’ in Bangrak –
the British villains ghetto in Samui.
Goudie would’nae wants to be mistaken for Whacky. (And
vice-versa I guess).  I do not think his
shrieks in lowland Scots of ‘It wasnae me!’  would have put off an assassin.