Uncategorized
July 3, 2015 Andrew 1279 Views Alan Hall, PFM International, Steve Prouse., Thai Securities Exchange Commission min read
INVESTOR ALERT – REGISTERED OR NOT DON’T GO WITH THAI BASED
FINANCIAL ADVISERS
The Thai Securities Exchange Commission has put up on its
website investor alerts naming a number of foreign financial advisory firms
which have not been registered in Thailand. They include several exposed on
this site.

A reader informed me today that PFM International is still
trading in Chiang Mai and Alan Hall seems to be active through his understudy
in Thailand.
Here are the current details.
Name: PFM International Limited
Address: 1/3 Malada Home and Resort, Moo.5 T.Nong-Kwai A.Hangdong
Chiang Mai, 50230, Thailand
Telephone: 0066 53343 779
E-Mail Address: alan.ukepp@gmail.com
Readers should however know, if they do not suspect already,
that going on a Thai SEC ‘investor alert’ list is only the Thai SEC saying: ‘Here’s
a bunch of cowboys whom we have received complaints about but we are not going
to bother investigate. Take it or leave it.” 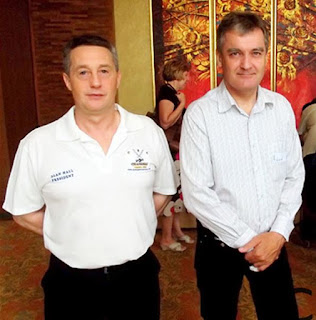 So even if a firm is registered with the SEC and you are
stitched up do not expect any action. MBMG is still there and Platinum
Financial Services – you only have to peruse this site to find what they have
been up to.
Alan Hall appears to be masterminding his operations out of
Lomeshaye business park in Nelson, Lancs.
His deputy Steve Prouse said Hall would be back as soon as his doctor said
he was well enough to do so. The attractions of Lancashire may not knock the spots off Chiang Mai – but the natives are more friendly.
By the way the reader was given PFM’s latest address by
Friends Provident.
Now Friends Provident, Royal London 380 , Old Mutual
(Skandia), Generali, etc. are the people who approved funds which dodgy IFAs
sold to thousands of expatriates throughout Asian bring many to their knees
when the funds collapsed – such as in the LM Managed Performance Fund.
The IFAs blamed people like Friends Provident. People like
Friends Provident blamed the IFAs. They still seem to happily co-exist.  Do you think there is a pattern here?