Fake barrister Brian Goudie has been given 15 days to pay an American woman or face bankruptcy and deportation. 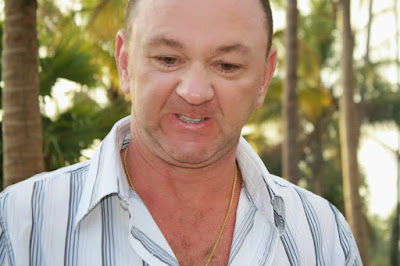 The Bankruptcy Court has ruled that Goudie, from Falkirk, Scotland, should pay 7.8 million Thai baht to Barbara Fanelli Miller, whose son Gregory Miller, a former client of Goudie. died while in custody earlier this month.

Worakham appeared in court to say she had no cash – only what was in the company.

Goudie, Alba Laws and Worakam have 15 days to pay, after which they will be formally declared bankrupt.

A civil court has already been issued for the return of the cash. And Goudie remains on trial for posing as a British barrister and former officer in the Royal Marines to defraud Mrs. Miller out of the 7.8 million.

He has entered a defence saying the cash was stolen by his former Thai girlfriend whom he has described as a Soi 6 Prostitute. (Soi 6 in Pattaya is a street of all day short-time bars).

It would appear of course that Mrs. Miller, now aged 78, is unlikely to get her cash back.

The major asset Goudie had was the premises of the former ‘Blarney Stone’ and ‘Jaggie Thistle’ pub in the Jomtien Complex, Pattaya, which he had acquired by getting another former client – northern Irish drugs trafficker Jimmy ‘Doc’ Halliday to sign over on his death bed.

However Miller’s lawyers , who had obtained a court order stopping the sale of the property, later allowed it to be lifted. The property has now been sold.  Sukhothai Inter Law also did not object to a six month adjournment of his criminal case, which is now coming to a head. 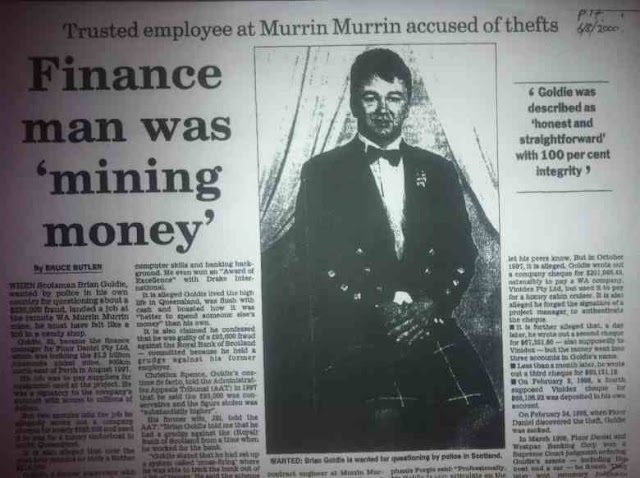 Under the name Goldie, Goudie was jailed for six years in Australia for stealing some AUS$400,000 from a West Australian Mining Company.  For years he fought against deportation from Australia, and a Deputy Judge of the Australian Appeals Tribunal described him as a ‘person of not good character’.

He fled before a hearing in which in all likelihood his deportation would have been ordered and also a demand for costs. Those orders are outstanding.

A young Surin woman has been Goudie’s latest love attachment. However her Facebook posts have recently become mournful. Under the picture of a bare room with bed she reports. ‘Don’t have room now’,

Footnote: With all cases coming to a head now it seems Goudie might be better off making a border crossing. However he is so pleased with his legal talents that he could continue in his barrister’s role, fooling the Thai courts, and maybe even become a member of the establishment. He has other cases to defend, but my guess is some of the plaintiffs, two Brits and a German who were defrauded are all but spent.

LIONS CLUB PRESIDENT JAILED FOR EXTORTION – ‘YOU GO NOW!’ NOYES TOLD AS HE IS TAKEN TO CELLS

October 28, 2014 Andrew Comments Off on LIONS CLUB PRESIDENT JAILED FOR EXTORTION – ‘YOU GO NOW!’ NOYES TOLD AS HE IS TAKEN TO CELLS