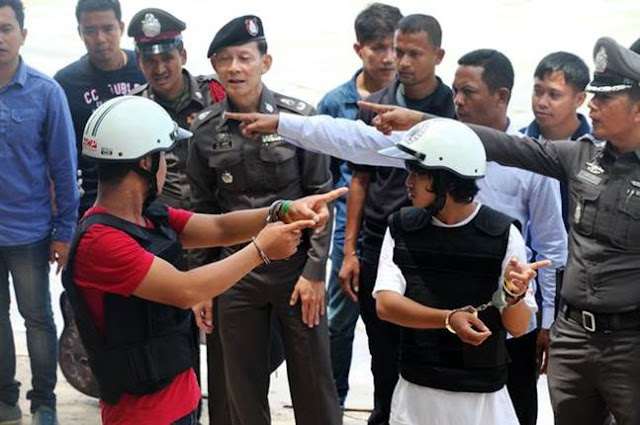 With just two days to go before the court in Koh Samui, Thailand, returns a verdict on the two young Burmese accused of the murders of David Miller and Hannah Witheridge on Koh Tao the defence pro-bono lawyers, appointed by the Lawyers Council of Thailand, and the Migrant Workers Rights Network have put out a statement detailing why Wai Phyo and Zaw Lin should be acquitted.

This is not a good time for Thailand.  A series of reports critical of its treatment of migrant workers in the fruit industry, shrimp peeling industry, and fishing fleets, plus officials connivance in human trafficking, repeated deaths of foreigners under suspicious circumstances, the country’s automatic denials, and not least of all the botched investigation of these two young Burmese, has caused irreparable harm to its already questionable image.

The most trouble aspect of this case is not the botched investigation. By western standards pretty much all Thai police investigations would not pass muster.  It is the statements issued not only by the head of the Royal Thai Police claiming Scotland Yard had congratulated them on a job well done but statements issued through the British Foreign and Commonwealth Office pretty much suggesting that the Thai police investigation was kosher – when of course now the whole world knows it was not. 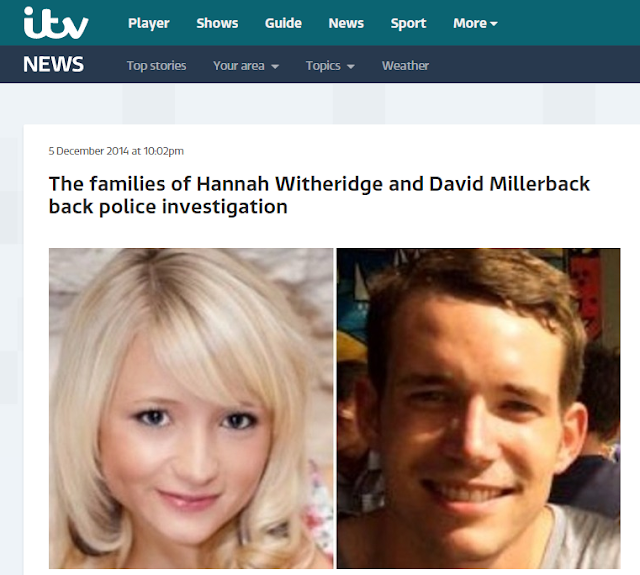 The Scotland Yard report of course must remain under wraps due to the ‘chilling effect’ factors involved which have already been exclusively reported here.. Had the report been published I am pretty sure that it would have been ripped to shreds.  And the ‘chilling effect’ would not be that it would harm relationships between the British and Thai Police (both need each other) but the naivety of British police officers who were sent by Prime Minister David Cameron to ‘observe’.

The prosecutor in Koh Samui seems to be one of the island’s fixed assets. He also has overseen the case of Jack Hansen-Bartel, a truly horrific story of injustice not only detailed on this website but widely in the Australian media.

In the UK and Australia the prosecutor and police would be publicly admonished by the judges for presenting such a mish mash of incomplete and certainly not transparent evidence. But this is Thailand and worse, this is Koh Samui. 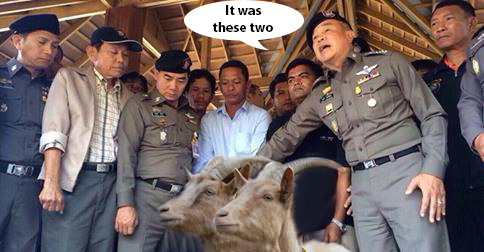 A team of pro-bono lawyers working under the Lawyers Council of Thailand (LCT) to defend two Myanmar migrant workers accused of the rape and murder of a female British tourist and the murder of a British male tourist on Koh Tao Island, Thailand in September. 2014 together with the accused themselves await the upcoming verdict of Koh Samui Court on the case.

The court made an appointment for both parties in the case to hear the verdict, to be read at 9am on 24th December 2015. This hearing is the final part of a one year effort in court by a core team of 7 Thai lawyers supported by. Burmese, Australian and British translators, assistants and advisors to ensure a fair trial and adequate defense for the accused.

Case witness testimony that ended 11th October 2015 after 21 days of witness hearings involving 34 witnesses and thousands of pages of evidence has already been widely publicised by media. The court in October then appointed both parties to the case to hear the verdict on 24th December 2015.

Hannah Witheridge (23) and David Miller (24) were murdered on 15th September 2014 on Koh Tao, a tourist island in the Gulf of Thailand. The murder investigation was widely criticised both domestically and internationally due to alleged mishandling of forensic evidence and alleged torture both of the two accused and migrant workers living on Koh Tao Island. The challenges faced to Thailand’s law enforcement and justice systems in this case also cast a serious shadow over the safety of tourism in Thailand.

On 2nd October 2014, Zaw Lin and Wai Phyo (Win Zaw Htun), 22 year old migrant workers from Rakhine state in Myanmar, were arrested for immigration offences. Additional charges were then laid against them during questioning for rape, murder and theft related to the killings of Hannah Witheridge and David Miller. The two accused signed confessions during interrogation and also publicly and during questioning re-enacted the crimes.

On 14th October 2014, at a first advance witness hearing in the case, both accused then retracted their confessions to LCT lawyers. Later on defense lawyers received information that the two accused alleged beatings and torture were used during their detention, prior to sending on for questioning by investigation officials, to elicit their confessions made involuntarily. The Migrant Worker Rights Network (MWRN) and rights groups called on the LCT to provide trained lawyers for the accused to ensure they could adequately defend themselves against all the charges so as to ensure a fair trial and also importantly to guard against a potential miscarriage of. justice in such a highly publicised and tragic case.

Two month’s delay in prosecuting the accused resulted from extensive media and diplomatic attention towards the case in addition to calls for justice by the accused, their families and the wider public. This resulted in further questioning of the accused that confirmed both maintained complete innocence and insisted their confessions came about involuntary as a result of torture. Multiple criminal charges were then filed against Zaw Lin and Wai Phyo on 4th December 2014 by the Koh Samui prosecutor at Koh Samui Court. The judges heeded calls for adequate time to prepare a thorough defense for the accused and, after preliminary evidence exchange hearings, a 21-day trial eventually commenced on 8th July 2015, with 3 days extension granted in the hearings.

(1) The case questioning and charging of the accused prior to prosecution was unlawful. The accused questioning after arrest and the process of notifying them of the charges against them were incorrect. The accused were questioned as ‘witnesses’ but it turned out as a confession that stated they confessed to murder and rape. The accused were questioned without lawyers or trusted persons present. The accused were not read their rights as criminal suspects or explained the nature of offences they were charged with. Neither were the accused provided adequate translation and legal representation as required by law and as was reasonable in the circumstances. The accused’s DNA samples were taken from them involuntarily and are hence inadmissible as evidence in court.
(2) The accused’s original confessions during questioning cited by the prosecution in court came about involuntarily from torture or abuse that made them fear for their lives and safety in the context of a wider case investigation when migrant workers reported systematic abuse on Koh Tao Island. These written confessions, even if they had been signed, should not be considered by the Court. Other documents that were also written for the accused and which they involuntarily signed not even understanding what they were signing likewise should not be considered by the court. The videoed or staged re-enactments undertaken by the accused and submitted by the prosecution to the Court were likewise involuntary, staged under threat of violence and should not be considered or should be inadmissible as evidence in court.
(3) There is no link between the alleged murder weapon (a hoe) and the accused. DNA samples from the hoe do not match the accused DNA profiles but instead match the DNA profiles of other individuals.
(4) The DNA evidence allegedly matching the accused as well as all surrounding or circumstantial evidence in this case apparently showing the guilt of the accused is unreliable and should be inadmissible and not considered by the Court. All of this evidence was not collected, tested or analysed in accordance with internationally accepted standards such as ISO 17025. This evidence should not be considered as satisfying beyond reasonable doubt that the accused violently raped and murdered the female deceased or murdered the male deceased. This includes all evidence linking the accused to the alleged crime scene such as cigarette butts, theft of the male deceased’s mobile phone and sunglasses as well as a ‘running man’ caught on CCTV.
(5) The prosecution case is marked by an absence of significant evidence needed to prove the guilt of the accused for crimes they are charged with. This absent evidence includes photographs of the crime scene, autopsy and DNA analysis processes, chain of custody documents for forensic evidence, certain forensic evidence documents as well as detailed DNA analysis laboratory case notes. In addition, the clothes and the body surface of the female deceased expected to contain significant traces of DNA of the perpetrators were either not tested at all or tested but not included in the prosecution file or case evidence list. CCTV footage provided by the prosecution seemed to be incomplete and no fingerprint or footprint evidence was presented as part of the prosecution case.