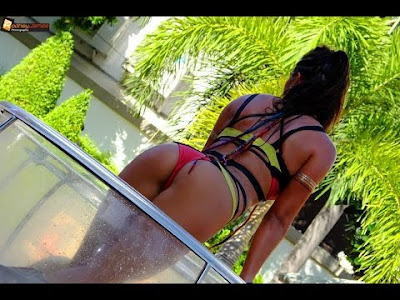 I’m confused. I have just seen an unbeatable offer on the net – and I need advice.


The New Nordic Company – ‘live next to a Thai Princess’ – is offering old aged pensioners a 10 per cent a year return on their property investments with it in Pattaya, Thailand.

And according to the blurb 20,000 a month is more than enough to retire on in Pattaya.

Actually I am not having a problem with that 10 per cent return figure.

Well put it this way, that’s not the figure I want to deal with right now. 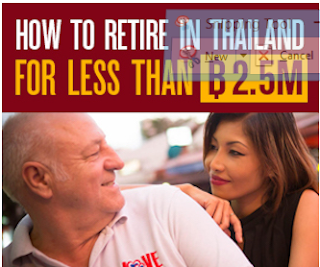 Buyers should however Google the boss Norwegian Kurt Svendheim and employ a top notch lawyer outside of Pattaya.

No, I am wondering how Kurt expects people to live a ‘very comfortable life’ in Pattaya for 20,000 baht a month. Yes it is possible for Thais to do.

But for elderly foreigners it certainly is not.

Well for a start Embassies are advising and the Thai government is going to insist on health insurance cover – and that’s going to take a massive chunk out of the 20,000.

So if anyone can design me a budget for living in Pattaya for 20,000 baht –- then I would be grateful. 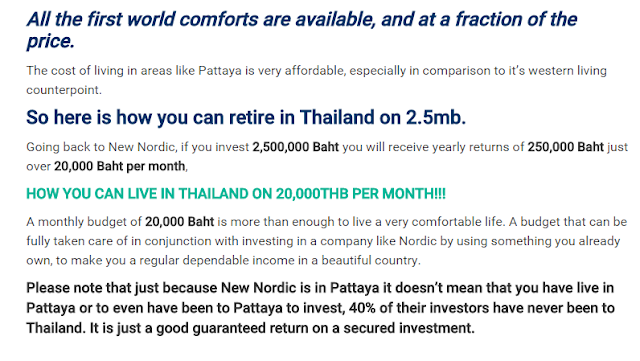 Oh, and I’ll need somewhere to live because my 20,000 baht will be coming out of rentals for my apartment at New Nordic so I’ll have to find somewhere else

So to I’ll need a financial advisor, a health insurance adviser, a nutrionist, and maybe a .44 Magnum. 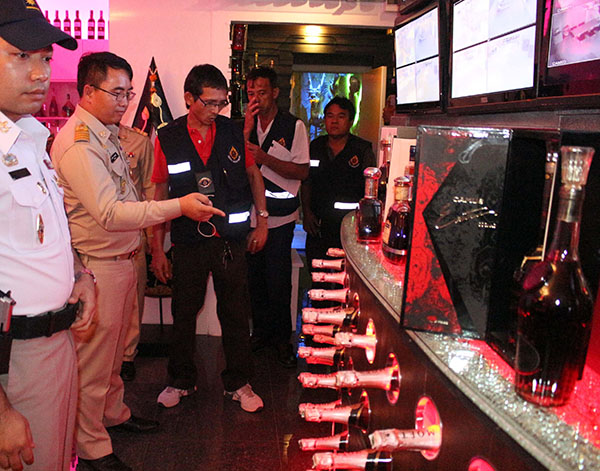 But I guess I still won’t be able to buy any Magnums of the bottle type to follow the champagne lifestyle of Kurt, whose properties were raided last year by Thai officials (whom I guess were hungering) as one of his lavish parties with Thai girls was under way.

(Interesting people in this video – and this could be heaven to the residents of Hell, Norway, 2 degrees C as I write, but not many pensioners in evidence. They would prefer the Stones or the Animals.

Nor will I be able to attend wild pool parties with Thai and Russian er, good time girls. In the video above are some interesting characters but not many pensioners. 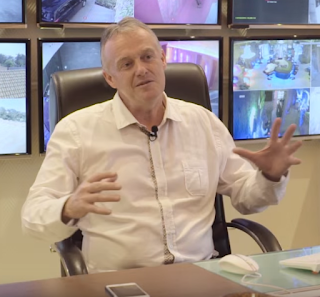 Kurt gets a fantastic press in Pattaya especially from his new friend former Copenhagen gangster Niels Storm Marten Colov, who is the de-facto head of the Pattaya People Media Group.

Only one newspaper carried the raid (but with no mention of Kurt).

It also has favourable reviews all over the net. He has a first class computer guy on the case.

I mention this because recently I got a call asking would I be kind enough to take a story about the raid mentioning Kurt down from this site. (I do not do take downs unless the story is wrong).

The story here mentioned bankruptcies and a massive Norwegian financial scandal involving Kurt and his partner, which almost brought down a bank. 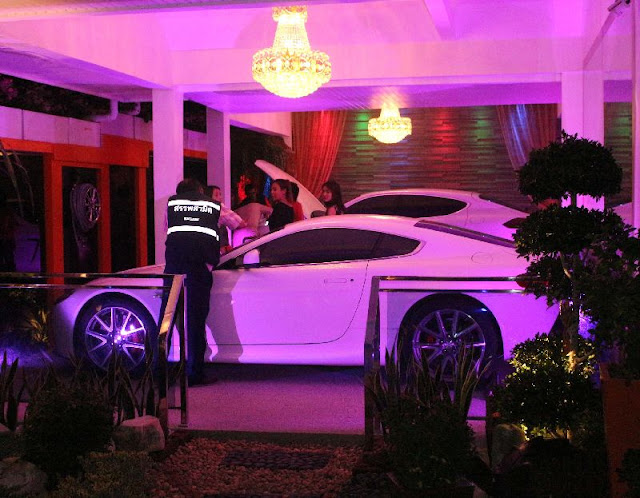 Invest with the Group | NNG

Above New Nordic Video – and a familiar voice!

(a) Foreign buyers in Thailand and Pattaya should be aware that there are offices with nameboards headed ‘Consumer Protection’ but they will not function for you.  If there is a fraud involved police will not investigate frauds between foreigners.


(b) Foreigners cannot own property in Thailand apart from condominiums but in that case at least 51 per cent of owner/residents in your condo must be Thai.


(c) The Thai property market and in Phuket, Pattaya, Hua Hin and Ko Samui especially has a reputation as being ‘fraud central’.  Scores of projects are being advertised which will not be built.


(d) Would you want to spend the rest of your life in a ‘apartment’ of under 30 sq metres? Many units on the market are nothing more than ‘short time’ rooms.  Good for a single male on holiday – but you might not want to live there. Thais will not buy tiny apartments at the rates offered to foreigners.


(e) Always check that the company you pay your cheques or cash to is the actual owner of the property and not an agent or a company which could fold up at any time. Hundreds of people have been taken in this way. The directors of the other company will be different, but ‘same same’ as the local saying goes.


(f) Beware of different sets of books. Apartments have been sold many times over to different clients. Consider your property to be a ‘virtual property’ until you not only have your deed (chanote) but have thoroughly checked it out with a lawyer at the Land Office.


(g) If you are drawing your pension do you have the time or money  or energy to go through the debilitating court process yourself?