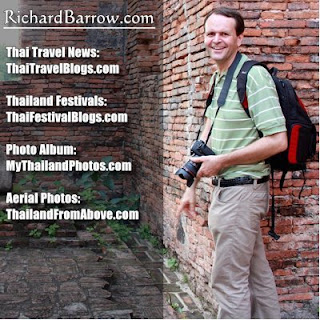 Has Richard Barrow, the most prolific full time blogger in Thailand turned?
I was shocked to read on Twitter yesterday that former schoolteacher Richard seems to be less enamoured with Thailand the ‘Land of Smiles’.
This message seemed to come with a pronounced frown: 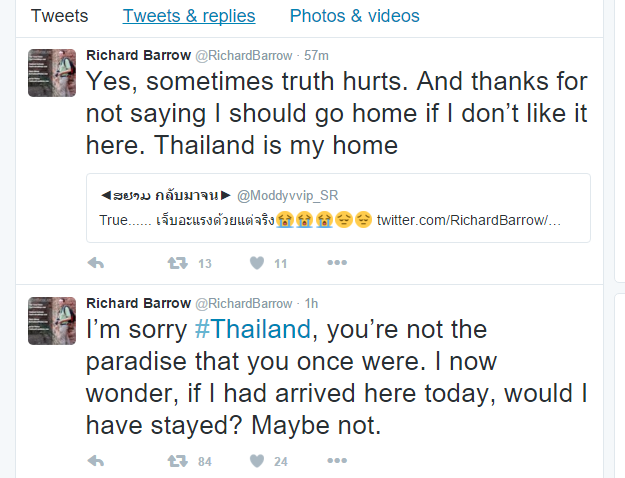 If anyone could have convinced you that Thailand was indeed a paradise then Richard could. He has blogged from just about everywhere in Thailand recording the countries festivals, displaying plates of delicious Thai delicacies, phOtographing stunning beaches, waterfalls, and in the last few years giving us stunning views from his drone of not only of beauty spots – but political rallies.

He seemed totally at peace with the country. Now he says:

“I’m sorry Thailand. You’re not that paradise you once were? I now wonder. If I had arrived here today, would I have stayed? Maybe not.”

Actually there is not shortage of people who still arrive and want to stay. And if I arrived for the first time I am sure I would also be impressed. Everyone I am sure has their perfect moment.

Many of those too later have their  ‘What the F…!’ moment.

I am not sure what was behind Richard’s mind when he wrote that.

Could it have been this: 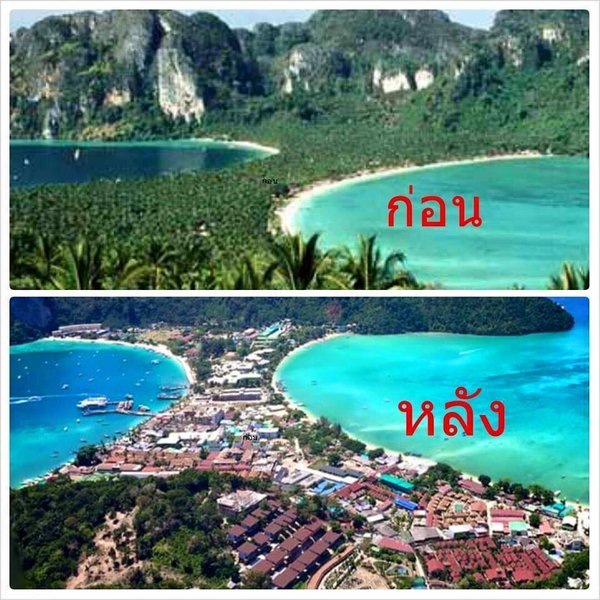 Yes this is Phi Phi Island which is allegedly ‘protected’ , above as it was when I, and probably also Richard, arrived in Thailand – and below more recently.

I am not sure if this is a ‘Road to Damascus’ moment for Richard, just probably the first time I have noticed that he feels the place is not quite what it’s upped to be,

As a career journalist after an initial wild infatuation, when I thought my Thai landlady was mad saying she preferred the UK, I had my Damascus moment a long long time ago but continued to enjoy the delights which the country afforded me when I kept my head down.

The prison and justice system did it for me I guess. If you look at that for any serious length of time you cannot but come to the conclusion that like the jails – which have manicured lawns and meticulously kept flowerbeds on the outside – there is also a very bad smell and a strong lack of humanity.

After a while you just cannot overlook it.

Actually I thought when Richard start blogging about Thai Prison Life’ I would see a radical change in his upbeat blogs.

Still Richard’s ‘moment’  so to speak may be just that. He’s been back up again and now presents us with a ‘Hooters’ picture and gone is that momentary depression. 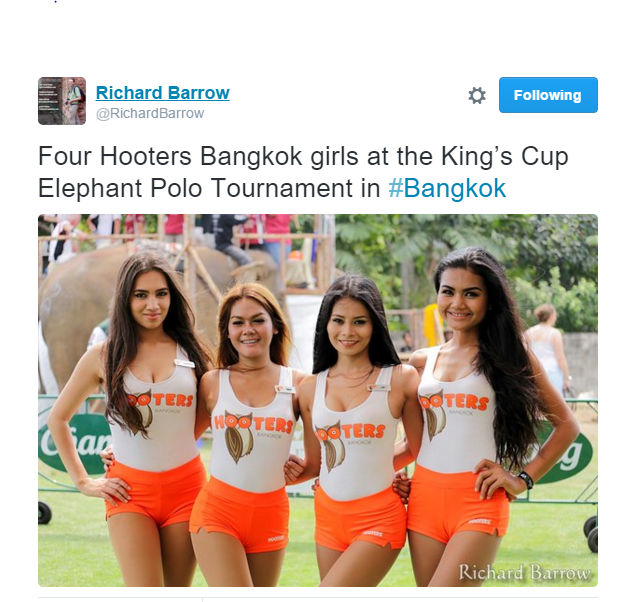 has closed down 36 of its 37 outlets in Britain.

Presumably the idea was not so commercial. The Daily Mail

previewed the remaining restaurant in Nottingham under the

headline: ‘Is this the most offensive bar in Britain?’

That’s how sensitive we are in Britain at the moment. People date

by APP.  That way, I suspect,  they can lay the ground work and

cut the risk of sexual harassment.

Are we still prude?  Not judging by the television. I turned on the

A physical demonstration would have been perfectly in order.

I’m not going to into that.

November 27, 2013 Andrew Comments Off on THAI PROTEST MOVES ON TO HOLIDAY ISLANDS –