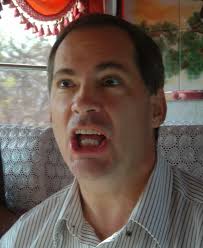 A notorious American confidence trickster is at it again trying to off load former government subsidised housing to tourists to the raunchy Thai resort of Pattaya.

Drew Walter Noyes, 61, from Wilmington, North Carolina, is trying to pass off a former National Housing Authority unit in the Keha Condominium.

He claims the apartment is on the 19th floor- which is off because the Keha illustrated does not have a 19th floor.

But then again, the building, put up with Thai government grants by the National Housing Authority does not have the swimming pool or tennis courts he boasts either.  They are privately owned.
Noyes boats that the condos are occupied by ‘mainly single Thai office workers’ perhaps a tantalising carrot for those who wish to buy a place in the resort best known for its sex industry and when he writes ‘transportation very close’ one is left to wonder what that transportation is and where it goes.

And goodness knows where the sauna, steam rooms and spa is!
Drew Noyes is accurately promoting his offer as an ‘It’s a steal deal’ on Facebook, LinkedIn, Google+ and of course through the One Stop Service Center. 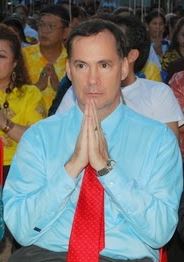 On LinkedIn, he says that he “puts deals together in the US, Thailand and Southeast Asia. As a Series 24 registered Investment Banker Drew Noyes has many 40 years experience in dealmaking, mergers and acquisitions and int’l banking.”(sic)

And he has triumphantly announced that although he left Thailand to give his children a good education in the United States, he will make his triumphant return to the Thai resort in June 17th.

If so, he’ll need to bring a lot of cash to get around his prison sentence for extortion, and must also face charges in Bangkok.
On his LinkedIn site, he again has a totally fictitious biography stating amongst other things that he was the Chairman of the Carolina Beach Central Business District Redevelopment Committee from January 1994 to December 1997.

Hacks in Wilmington, North Carolina, are a bit slow on their feet at the moment. Noyes was exposed in the Wilmington Morning Star (now plainly ‘The Star) in April 1995 when reporter Scott Gold where he was accused of share fraud, property fraud, sexual harassment (demanding oral sex from a junior employee to increase her hours) and of course inventing his own biography.

He was sentenced to 2 years in jail by the Pattaya Provincial Court but managed to buy himself out on bail while on appeal, paying a further US$10,000 to leave the country to resettle most of his 8 children by three Thai women. (Now 9 children by four Thai women. His last nanny gave birth last year) after he had left.

To read about the victims of Noyes, who are mainly American, who had bought ‘condos’ in Keha off him you need to go here.

There have been three other victims since. 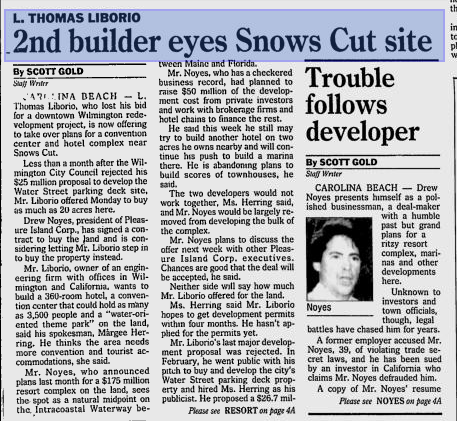 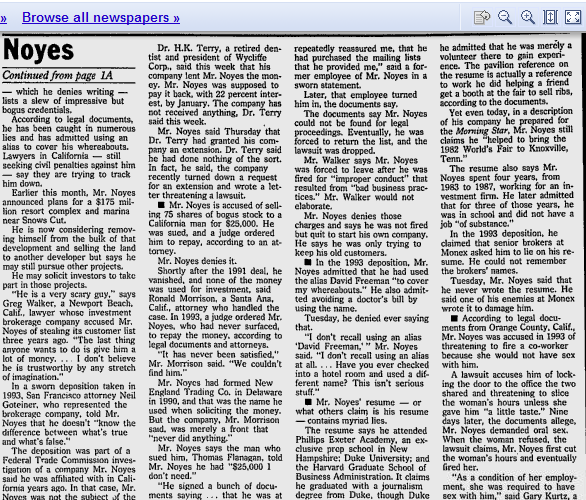 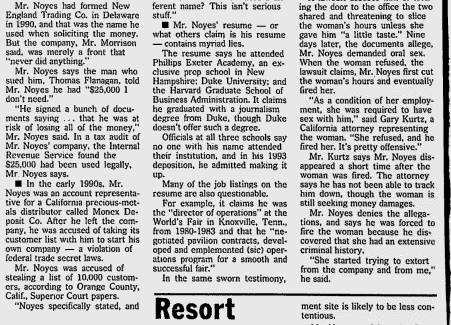 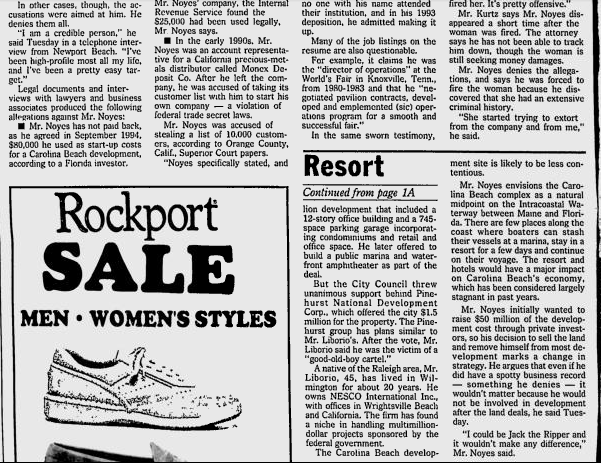 The text of the ad: