Police in Toronto are investigating the murder Simon Giannini, the brother of Frank Giannini, exposed on this site as one of Bangkok’s boiler room fraudsters. 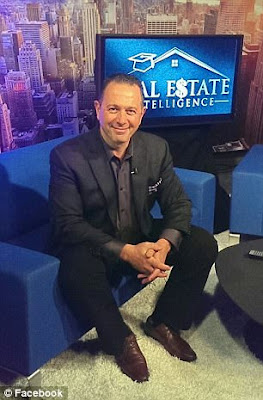 Simon Giannini was gunned down in the upmarket restaurant ‘Michael’s on Simcoe’ in downtown, Toronto, yesterday.

The father of two school aged boys, was dining with a friend when a man wearing a hoodie, baseball cap and tracksuit trousers approached his table and shot.

Canadian media reported Giannini, 54, a realtor and radio property show presenter, had said: ‘Ha.Ha. Very funny!” before being shot. The gunman fled the scene in a white SUV.

Simon Giannini had little connection with his brother Frank who has been running boiler room (share fraud) operations in South East Asia for many years. But he may have returned recently to Toronto. 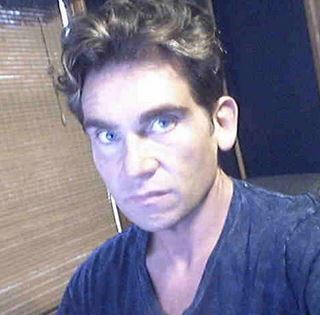 Frank Giannini, 53, was exposed on this site after we guided a young Texan recruit to his scam operation out of a ‘captive’ situation in Giannini’s 2014 boiler room operation operating out of a house in Lat Krabang, east Bangkok.

The Texan Phillip Bean had applied for a job as a tele-sales person and said it was only after he arrived at the room and his passport was taken that found he was involved in a criminal organisation.

He contacted me through this website. As drugs were heavily consumed on the premises prior to his release Mr. Bean had agreed to talk to the United States DEA.

The DEA called in the Thai Crime Suppression Division and the house was raided and Frank Giannini, like his brother, a Lebanese born Canadian, and Shaheed O’Connor, were arrested on heroin charges.

Both were jailed but it is believed they were released late last year under a Royal Pardon to celebrate the succession of the new King of Thailand. On release drugs offenders are deported to their own countries and blacklisted.

It is known that Frank and Simon Giannini did not get on.

Today from the Philippines Phillip Bean said: “After the publicity of his brother’s arrest Simon tracked me down on Facebook. It was clear from that conversation that he knew his brother was a crook. I told him what I knew.”

Frank Giannini also had a miraculous escape when he was arrested in the Thai resort of Pattaya after crashing through a roundabout and ramming a baht bus killing the driver and a woman passenger.

At the time, the Pattaya Mail reported:

“Mr. Giannini was arrested by police at the scene, who suspected he was heavily intoxicated. Inside his badly damaged vehicle were two women he had just met at a bar.

“Mr. Giannini claimed he was from Bangkok and was unaware of the roundabout and upon inspection of the vehicle, drug taking paraphernalia was found in the car which included items commonly used to ingest Crystal Methamphetamine, commonly known as ‘Ice’”.

No charges were ever laid suggesting that he had paid police and the families of the victims off.

No foreign police force from targeted countries which have included most of Europe, the UK, Australia and Canada, has been able to work with the Thai police, or other forces in the Philippines, Malaysia, and Indonesia, to close boiler rooms operating out of south east ASIA.

While arrests have been made only the minions,  (usually young people recruited throgh Craiglists adverts, have been convicted but only on minor charges of working without permits. They have been fined and deported, but are often back on the next plane.

On the one occasion in 2000 when the bosses of the Brinton Group were caught. They were merely later fined for breaching Securities Exchange Regulations, and allowed to continue.
Links:

KILLER PAID OFF THAI COURT TO ENJOY THE FJORDS AGAIN

November 24, 2015 Andrew Comments Off on KILLER PAID OFF THAI COURT TO ENJOY THE FJORDS AGAIN