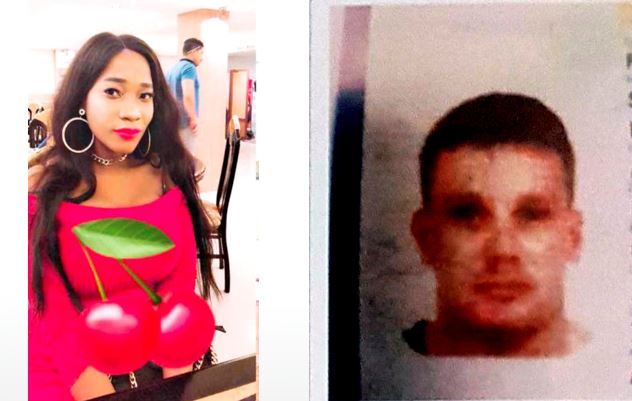 The Bangkok Criminal Court has issued a warrant for the arrest of an Australian offshore worker and part-time volunteer for a Thai Police ‘Anti-Foreign Crime Unit’ for sex trafficking in Thailand.

The warrant, issued to the Royal Thai Police Human Trafficking Department, calls for the arrest of Douglas Peter Shoebridge, 36, who, police say, is also known as ‘Big Daddy’, for trafficking in women from East Africa to Thailand for the purpose of prostitution in southeast Asia.

The specific offences relate to between October last year and January this year – after he had given evidence in the drugs trial.

Shoebridge, 36, from Perth, WA, but originally from Lochgelly, Fife, Scotland with dual British and Australian nationality testified that Luke Cook had confessed to him to bringing in 500kg of methamphetamine into Thailand for the Sydney Hell’s Angels gang boss Wayne Schneider in 2015. Schneider was murdered in Pattaya later the same year.

There was no physical evidence linking the three directly to the drugs and all three claimed they were framed by Shoebridge, who told the court that Luke Cook had confessed to him that he had thrown the drugs overboard after his yacht the ‘Jomandy’ was caught in the searchlights of a Thai naval vessel. But no naval witnesses could be found. Some 50 kgs of ‘ice’ later was found washed up on a beach.

Chitanda is reported to have gone through an unofficial marriage service with Shoebridge in Dar es Salaam last year. Both acted together in the trade, it is alleged, and escorted the women to Thailand putting them up in rooms in the Asoke Din-Daeng area of Bangkok.

Shoebridge, an offshore ‘compass adjuster’, is known to travel on both Australian and British passports. It is understood he left Thailand on his British passport on April 24th.

In December 2015 Thai police summonsed his Thai girlfriend Siriphat Saimat who was under suspicion for ‘aiding and abetting’ in connection with the November 2015 murder of Hells Angels crime boss Wayne Schneider.

This related to allegedly assisting Antonio Bagnato, also wanted in Sydney for murder, who was sentenced to death for the kidnap and death of Schneider, but later had the charges quashed, and was sentenced to three years on reduced charges. He was also re-arrested on gun charges,

The guns were allegedly found in an Isuzu D-Max, which according to evidence presented at a News South Wales inquest in December 2017 was one of two cars that Shoebridge and his girlfriend Siripat Saimart provided to Antonio Bagnato prior to the kidnap of Schneider.

Shoebridge also put down the deposit for the rental of the house in which Schneider was beaten to death. Shoebridge and Bagnato were described as ‘extremely close’ by Australian police ‘They were always together’, the inquest was told..

Shoebridge was a volunteer for the Combatting Foreign Crime Unit which investigated Cook, and under Police Lt. Colonel Dullayapat Detpornchayasin, he also took part in other raids on foreigners ‘criminals’ in Pattaya. They were particularly successful against ‘steroid’ dealers because, it has been claimed since, some of the foreign members were steroid dealers themselves.

Shoebridge was photographed taking part in the controversial arrest of several Russians at a ‘sex seminar’ in Pattaya including Russian model Nastya Rybka (Anastasia) the mistress of a Russian oligarch who claimed to have knowledge of interference in the U.S. elections.

Earlier this year another foreign member of the unit, Texan Joshua Pate, 44, was arrested in the northern Thai capital of Chiang Mai charged with running a cannabis farm and factory and possessing 100,000 Dianabal tablets – a Class IV drug.

Pate, currently in custody, claimed that he had become fed up with the corruption in the unit. But he admitted that together with other foreigner volunteers he extorted victims for cash for non-prosecution and he also dealt in steroids.

Shoebridge, Pate said, hated the Cooks because Luke’s wife had offered to create a pharmacy company for him but had taken the cash – 150,000 baht (A$6,886) and done nothing.

Kanyarat Wedphitak later testified that that Cook had framed the defendants because he had had a business grudge.

Luke Cook’s father contacted in New Zealand today said: ”Am I surprised, no? Not at all. My son was labelled a Hell’s Angel and sentenced to death in Thailand without any basis at all. He was an offshore caterer and still working at it to earn money when he was arrested returning to Thailand!”.